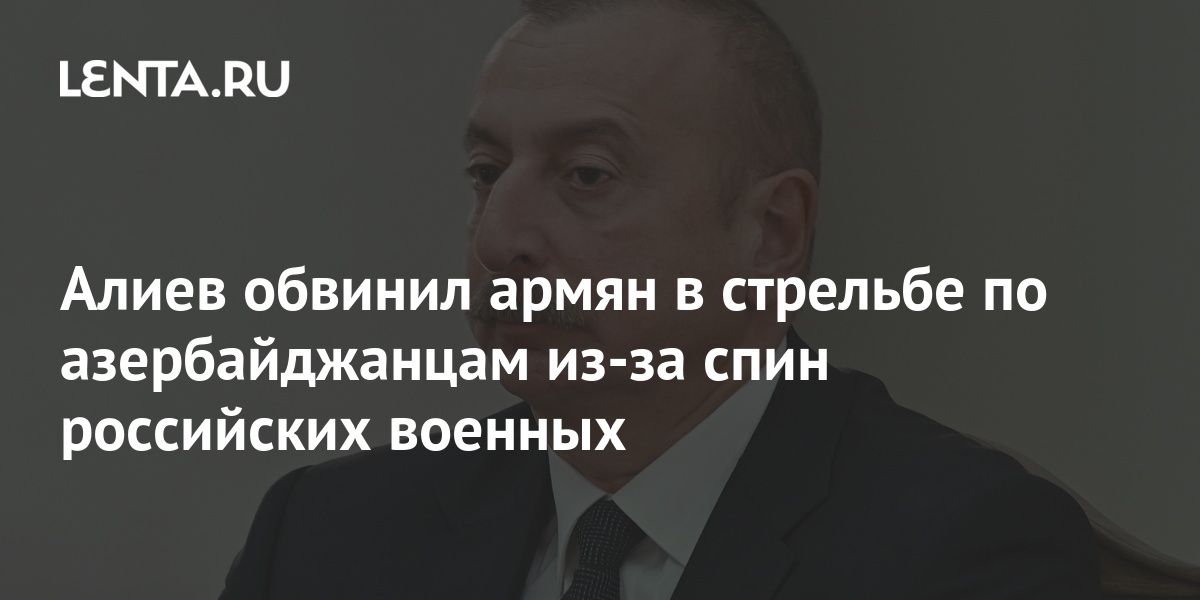 The Armenian armed forces used the Russian military from the military base in Gyumri to attack the Azerbaijanis from behind their backs. Azerbaijani President Ilham Aliyev accused them of this, Haqqin.az reports.

According to the Azerbaijani leader, when the country’s armed forces were moving in the direction of Zangilan to the border with Armenia, Yerevan asked Moscow to send part of the military from the Russian base in Gyumri to the area. He motivated his request by the fact that the Azerbaijanis allegedly want to seize significant Armenian territories. At the same time, Aliyev noted, in reality, Baku had no such intentions.

When the Russian military arrived at the scene, the Armenians literally opened fire on the Azerbaijani troops from behind them. In particular, they used mortars. As a result of the shooting, the Azerbaijani side suffered losses and was forced to attack in response.

“Armenians immediately turned to Russia, saying that Azerbaijan is shooting at Russian servicemen… By the way, the Russian side later, already in contacts with us, perceived this event in the same way as I did: this is nothing but meanness,” Aliyev said. He added that in this way Yerevan hoped to draw Moscow into the war.

When exactly the described episode took place, the President of Azerbaijan did not specify. However, in mid-November it was reported that the 102nd military base of the Russian Armed Forces in the Armenian Gyumri was raised on alarm against the background of the aggravation of the situation on the Armenian-Azerbaijani border. It was noted that several Russian military detachments moved to the front line and actually became a human shield, which helped to ensure the ceasefire between Armenia and Azerbaijan.

At present, the 102nd Russian military base is located on the territory of Armenia. The agreement on its creation was concluded between Yerevan and Moscow in 1995. The object has two military garrisons located in the city of Gyumri and the capital of the country. The number of personnel of the base is about four thousand people.