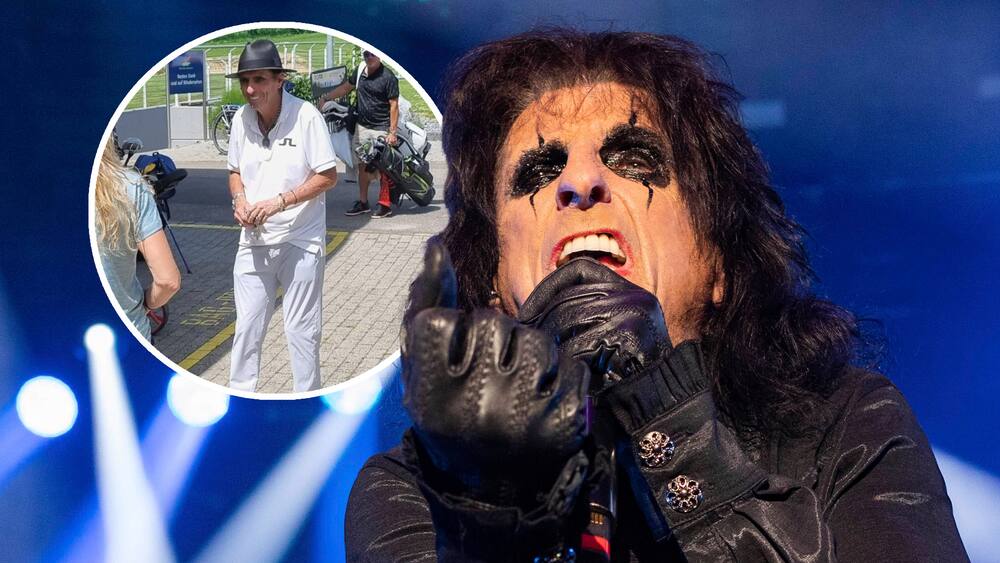 Before his amazing performance at Rock the Ring

On Saturday night, Alice Cooper rocked the stage at Rock the Ring. Before the performance, he took it much more relaxed.

The shock rocker very good! Before his appearance at the Rock the Ring in Hinwil ZH, Alice Cooper (74) explored the region: In Bubikon ZH he made the golf course unsafe.

The Bubiker Golf Club shows pictures of the prominent visitor on Facebook. “Alice Cooper was on our course to play a 9-hole round today,” the owners said happily on Facebook.

“It’s a shame we weren’t there today,” commented golfers who would have loved to have been there at the unexpected meeting with the American rock legend.

A golf match is in it

When he’s on tour, he doesn’t miss a golf match before the show, Alice Cooper said in an interview with “Rolling Stone”.

In private, the shock rocker is known to be very good: he not only goes golfing in a relaxed manner, but also goes to church services every Sunday. The US musician has been married to the same woman for over 40 years and is the father of three children. 22 hours a day he is the normal Vincent Damon Furnier, as he was born, he once said in an interview. The frightening shock rocker in him finally awakens on stage.

Hammer performance at Rock the Ring

The crazy performance at Rock the Ring followed the golf match in Bubikon. For the fans, the wait for the rock icon was worth it: Alice Cooper thrilled with a spectacular stage show – including the staging of his own execution. (sod)