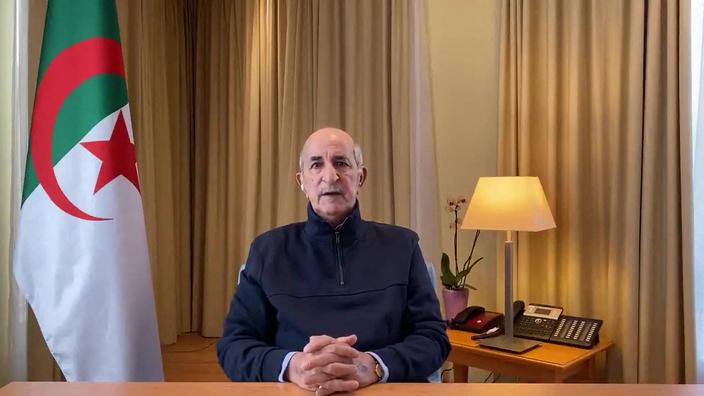 Algerian President Abdelmadjid Tebboune said on Tuesday June 8 that his country was ready to “intervene in one way or anotherIn neighboring Libya to stop the advance of the forces of Marshal Khalifa Haftar, during their offensive launched on the capital Tripoli in 2019-2020.

Asked during an interview with the Qatari channel Al-Jazeera, broadcast Tuesday evening, the Algerian president said he had considered an intervention in Libya because “Tripoli is a red line». «We do not accept that the capital of a Maghreb and African country is occupied by mercenaries. We were going to intervene», Assured Abdelmadjid Tebboune.

When asked whether it was an intervention “military“, Abdelmadjid Tebboune replied that Algeria would have intervened with a”one way or another: we weren’t going to sit idly by». «When we said ‘it’s a red line’ the message got through and Tripoli was not occupied», He added about the offensive of the forces of the strong man of the East Libyan to seize the capital Tripoli, seat of the government recognized by the UNO.

Weigh more on the regional scene

President Tebboune thus confirms the change in defense doctrine for Algeria, the leading military power in the Maghreb and the second in Africa. The constitutional reform, desired by the Head of State and adopted by referendum on November 1, 2020, indeed paves the way for a possible deployment of the Algerian army abroad. Until then, Algeria had ruled out any military intervention outside its borders in the name of anti-imperialism. But it now authorizes its army to take part in peacekeeping operations “within the framework of respect for the principles and objectives of the United Nations, the African Union and the Arab League».

The new version of the Constitution gives the President – Supreme Chief of the Armed Forces and Minister of Defense – the right to commit troops, with the approval of two-thirds of Parliament. In a recent interview published by the French weekly Point, Abdelmadjid Tebboune had already mentioned, about Mali, the possibility of a military engagement of Algeria abroad because “the Algerian Constitution now authorizes this type of intervention“. According to analysts, Algiers, concerned about the risks of instability at its borders, intends to weigh more on the regional scene, in Libya and the Sahel.