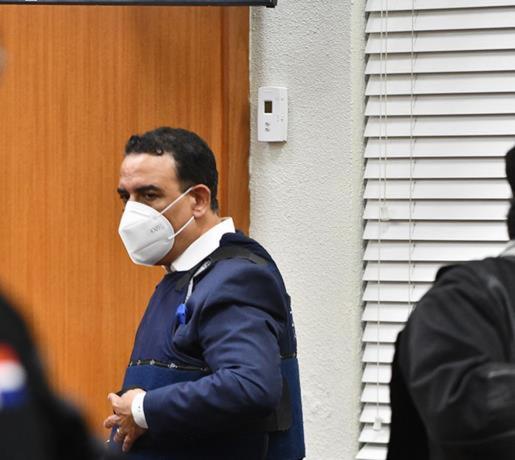 Alexis Medina used a reproductive medicine center to wash 26 million, according to MP

Public Health is one of the main areas that, according to the Public Ministry, Juan Alexis Medina took advantage of to steal funds and embezzle the State.

Besides of case of the equipment of 56 hospitalsIn this area, the Center for Comprehensive Reproductive Medicine and Female Care (Cemeraf), a clinic for assisted female reproduction located in the National District, is included among the companies that Medina “used to place his earnings.”

In the specialized medical center, an investment “typical of money laundering” was made, amounting to RD $ 26,861,148.25, according to the accusation filed last Friday by the prosecutors of the Special Prosecutor for the Persecution of Administrative Corruption (Pepca), in which it also The National Health Service, Promese Cal and the private health system are mentioned.

“One of the money laundering operations related to the health sector carried out by the defendant Juan Alexis Medina Sánchez was carried out through the sister-in-law of the late figurehead Omalto Gutiérrez Remigio, the defendant Libni Arodi Valenzuela Matos, in favor of whom the defendant Juan Alexis Medina Sánchez, wrote checks as an investment in the company Centro de Medicina Integral Reproductiva y Attention Feminine (Cemeraf), as well as in the name of the entity itself, which has been established as illegal, typical of money laundering “, states the document.

Prosecutors say they were contributions, investments and purchases of equipment for Cemeraf, where the brother of former president Danilo Medina was a hidden partner to avoid tracking the money.

“In a clear operation to hide the origin of the assets, conceal their nature since no commercial transactions were reported between the companies of the corporate network and Cemeraf that justify said payments”, they indicate about the illegal.

Dr. Libni Arodi Valenzuela Matos, who appears as manager of the health center established in 2015, is the comadre of Juan Alexis Medina, who in addition to baptizing a son, is the best man at his wedding.

The Public Ministry accuses them of association of criminals, coalition of officials, fraud against the State, prevarication, concussion, crimes committed by public officials in the exercise of their functions, embezzlement, bribery, bribery, influence peddling, unjustified enrichment, falsification of public documents, use of false documents, falsification in public deed, illicit campaign financing and money laundering.