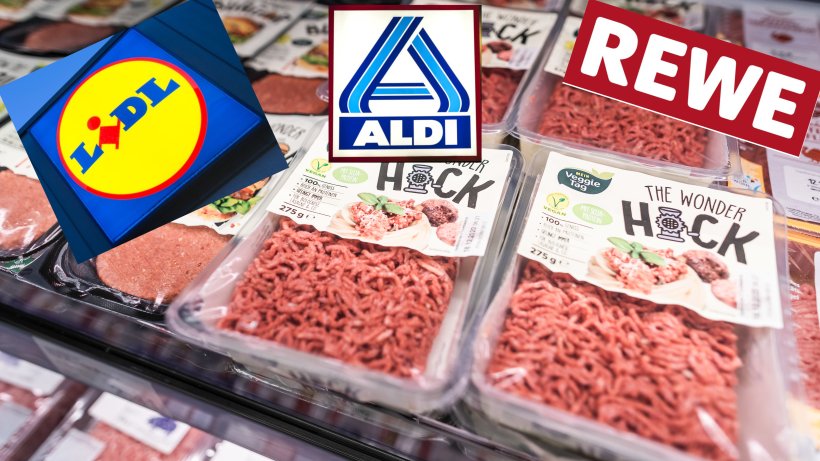 Aldi, Lidl, Rewe: Changes to the refrigerated counter – you will soon no longer find your minced meat like this

Plastic waste is not good for the environment, even small children know that.

Aldi, Lidl and Rewe want to take countermeasures now. With minced meat, of all things.

Because the meat is packed in a rather elaborate way – and that helps Aldi, Lidl, Rewe and Co. for a lot of unnecessary plastic waste.

In Aldi, Lidl and Rewe refrigerated counters, minced meat is often wrapped in several layers of plastic. The meat lies in a plastic tray on a protective mat, around which there is another film or the pack is closed with a lid. Everything made of plastic. But that should now be the end of it, reports the online portal “utopia.de”.

Lidl: customer is entering discounter for the first time – “almost had to cry”

Rewe customer discovers product and is pissed off: “You can’t be serious”

In future, so-called “flow packs” will be used instead. These are sturdy plastic bags that can be used to save rubbish. In addition, this packaging is also cheaper – so the supermarket still saves money.

In fact, the flowpacks are not a new idea in and of themselves: The controversial slaughterhouse Tönnies has been using this type of packaging since 2019.

But as the online portal “utopia.de” also writes: Of course, this does not mean that everything that is possible in terms of sustainability is far from being done. Because the packaging is one thing, cheap meat is another.

Although customers regularly say in surveys that they prefer more expensive meat or even organic meat, the sales figures in supermarkets speak a different language. The Handelsblatt reported on this, among others. (evo)

The customer of a penny market has a completely different problem. In her opinion, the branch you trust is degenerating more and more into an Assi-Treff. Why? You can find out here >>>