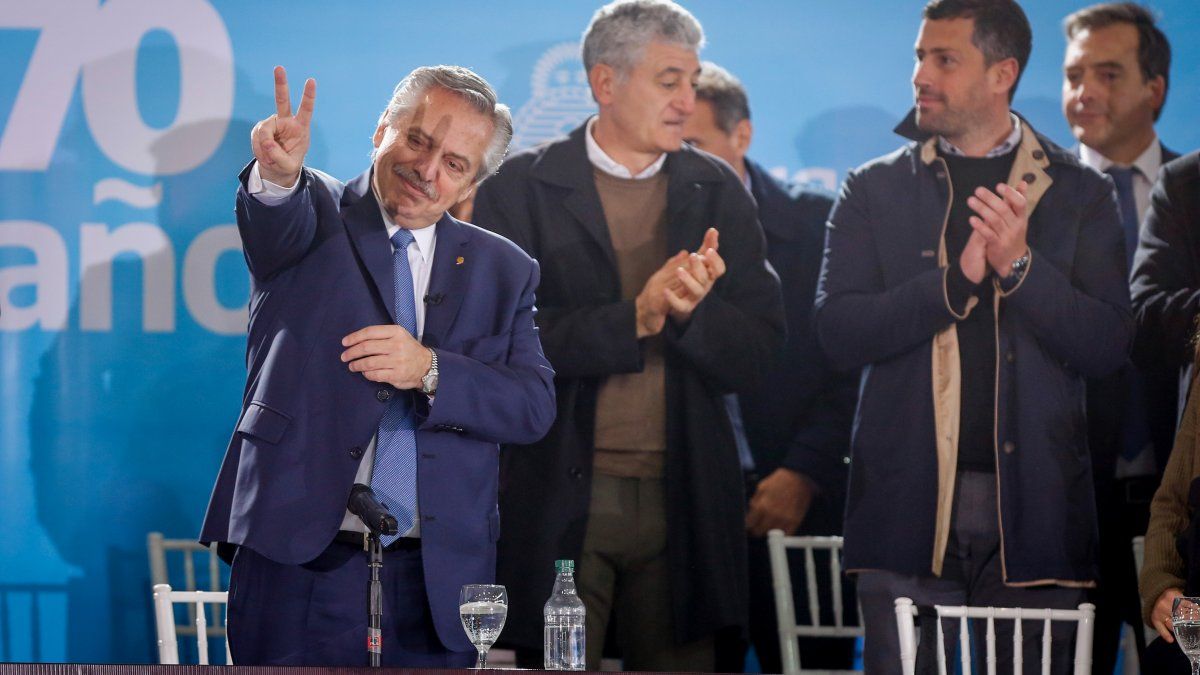 Alberto Fernandez pointed against “those who promote inflation by making people feel that the currency is going to be devalued.”

Presidency of the Nation

“That is why we reopen parity, so that the salary recovers. There are those who speculate with a devaluation, but we managed to reduce unemployment and maintain growth. We extend the moratorium so that the retirement benefit can continue to be accessed”Fernandez noted.

“What we are experiencing today is a fight over the distributive bid, over how what Argentina earns is distributed. We believe that those who work have the same right to participate in those profits as those who invest and produce,” he argued.

Alberto Fernández also pointed against the field again due to the rise in the blue dollar. “Some continue to speculate with a devaluation to sell what they have to sell and bring in the dollars that allow Argentina to continue producing and creating work”he questioned.

In another order of topics, the President announced that next August 5 a bonus will be paid for beneficiaries of the Work Promotion plan. As sources from Social Development confirmed to Ámbito, the amount amounts to $11,000.

The undersecretary of Approach and Regional Management, Mary Higonet; presidential adviser, Alejandro Grimson; the president of the National Council for the Coordination of Social Policies, Marisol Merquel; the president of the block of legislators of the Front of All of the City of Buenos Aires, Claudio Ferreno; the Buenos Aires legislator, Manuel Partners; the Secretary General of the Evita Movement, cecilia barros; and the plastic artist, Marina Olmi.