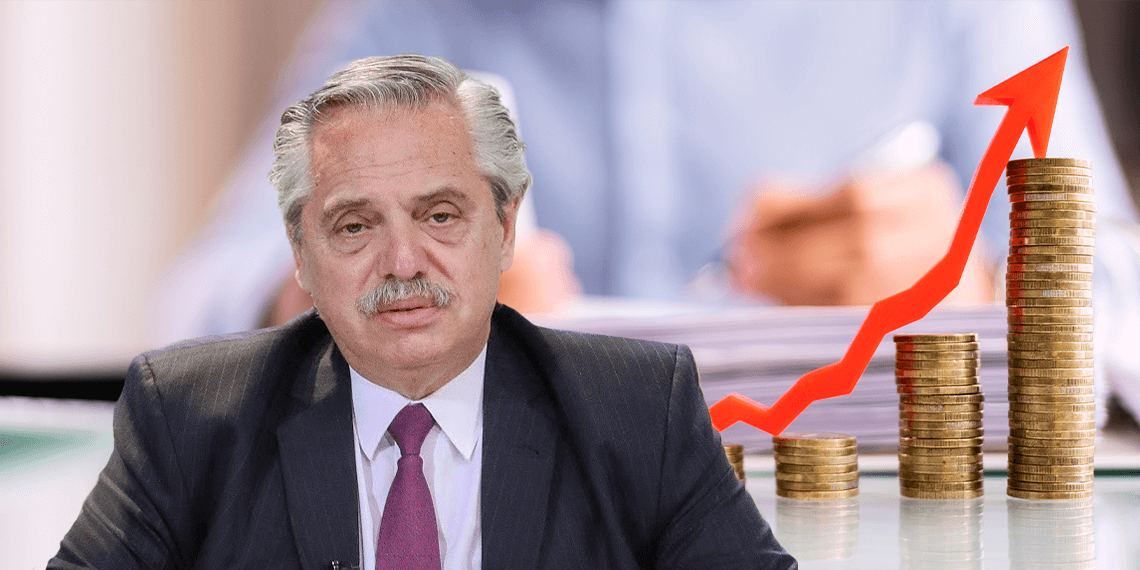 The president of Argentina, Alberto Fernández, offered some statements on his vision of inflation, which did not go unnoticed.

Fernández indicated that “a large part of inflation is self-constructed, it is in people’s heads,” he commented in a interview with the Band News television channel.

In view of what the president said, it can be assumed that inflation is not related to economic measures that your government has taken as, for example, the printing of money. On the contrary, he ensures that it is part of people’s imagination.

On the other hand, the Argentine president commented that the increase in the prices of goods and services, in many cases are influenced by what the media reports.

“People see in the newspaper that fuel is going to go up and then it starts to increase, just in case. Inflation is what prevents one from projecting the future and, therefore, everything is more difficult,” said Fernández.

Argentina is one of the countries with highest inflation in the region, only behind Venezuela. In 2022, inflation in Argentina was 94.8%, the accumulated last year was the highest since 1990, when it stood at 1,343.9%, according to data of the National Institute of Statistics and Censuses (INDEC).

In his statements, President Fernández seems to omit that economic policies such as the increase in the monetary issue are fundamental cause of inflationwhy fiat money has been devalued over time and people lose purchasing power.

See also  Why is the BCRA in trouble?

Even the director of the International Monetary Fund (IMF) executive board, Kristalina Georgieva, acknowledged that the Unlimited banknote printing has generated widespread inflation in the world, as reported by CriptoNoticias.

“In the face of the massive decision to spend to support the economy, we recognized that there was mainly too much money in circulation and too few goods,” he said.

While, on the other side of the sidewalk, unlike tickets, there is the issuance of BTC that is not unlimited, nor is it decided by a central entity. The network allows a maximum of 21 million bitcoins to be issued through mining.

precisely bitcoin emerges as a financial tool to avoid rising inflation, generated by the excessive printing of banknotes. The adoption of the cryptoactive could end this calamity, as well as the impoverishment of citizens’ finances.

This is something that Argentine citizens have been able to see clearly, becoming one of the Latin American countries with the highest use of bitcoin and cryptocurrencies as an investment.