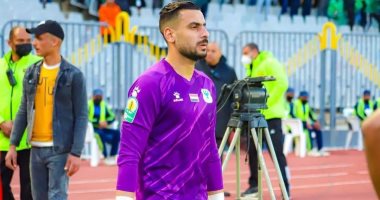 
Ahmed Masoud, goalkeeper of the first football team in the Egyptian club, performed three surgeries in which the fracture was fixed with an external fixator with a connection to the tendons, in addition to the dislocation of the left elbow, as well as deep cleaning of the wound to prevent any complications, after a traffic accident in his town Yesterday evening, Wednesday, in Beni Suef, he sustained a comminuted fracture of the left wrist and scaphoid bone, laceration of tissues and severing of the tendons of the left hand, with a dislocation of the left elbow.


Magdi Al-Alfi, the first team doctor for the ball in the Egyptian club, confirmed that he personally communicated with the surgical staff who performed the surgery, which took place under the supervision of senior consultants specializing in orthopedic surgery in Beni Suef Governorate.