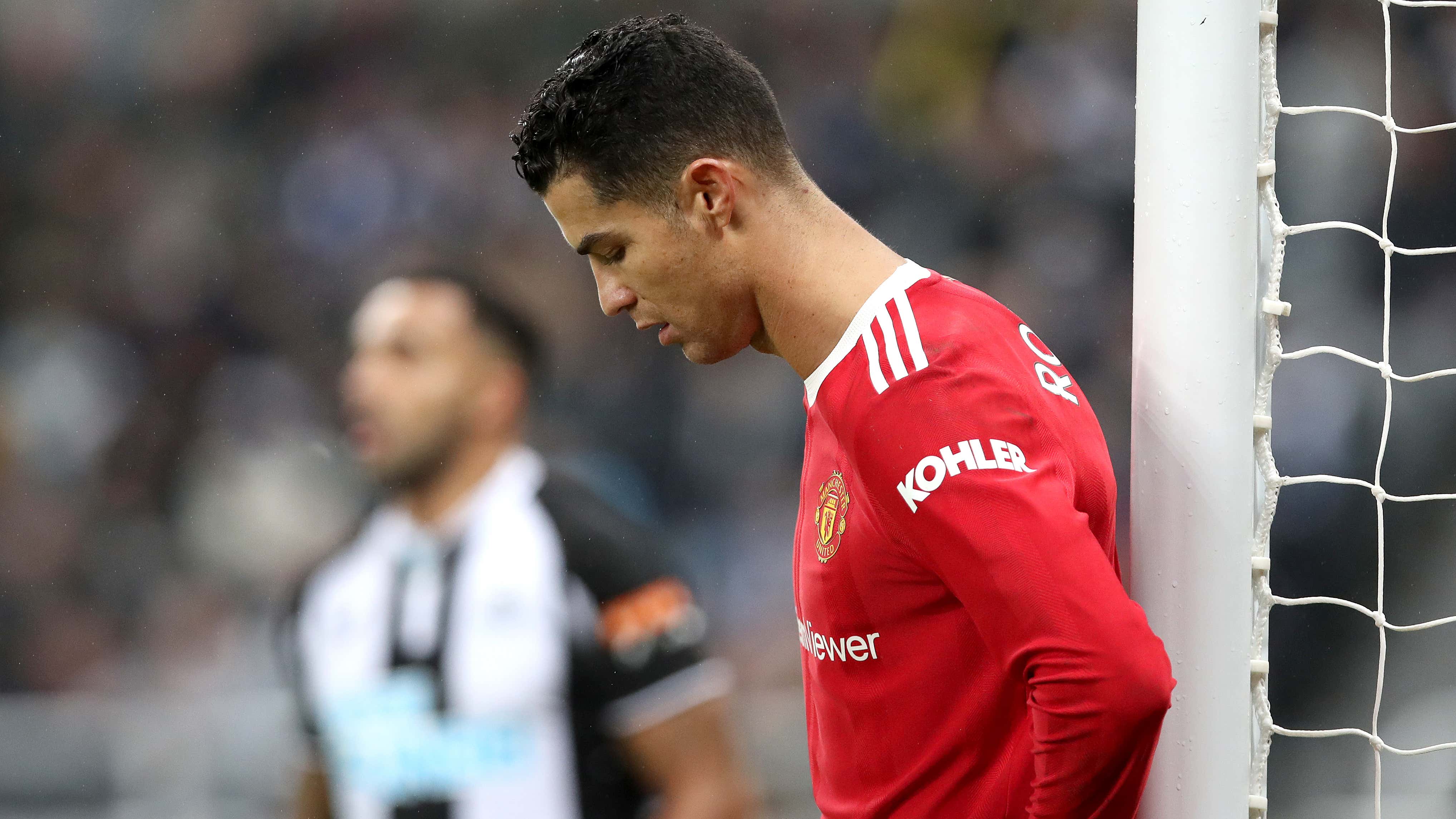 The past few days have witnessed a lot of developments and speculations about the Portuguese star, Cristiano Ronaldo, and his departure, just one year after his return to the Red Devils.

Ronaldo is not living his best days since returning to Old Trafford, which prompted him to consider leaving while his contract is still valid until the summer of 2023.

The reports indicated the Manchester United striker’s anger and concern about the fluctuating situation that the team is experiencing recently, especially the relationship that brings him together with interim coach, Rangnick, in light of the lack of conviction within Old Trafford of the German’s capabilities after his first month as coach of the English club.

“The Sun” claimed in a report that Ronaldo asked his agent, George Mendes, to come to him in England to have a crisis conversation and find a solution to his unsatisfactory situation in Manchester United.

In this report, we will review together the available and possible options for the Portuguese star if he leaves Manchester United in the coming period.

The emergence of speculations of Ronaldo’s exit from Old Trafford did not go unnoticed in the Spanish media, and soon rumors of the former Real Madrid striker’s association with the Catalan club began again.

Given the uncomfortable situation in Ronaldo, and with the wonderful relationship that Mendes has with the Barcelona administration represented by Joan Laporta, the club’s president, and Matteo Alemani, the sporting director, this was the argument behind the Portuguese’s association with the move to the “Blaugrana” again.

Despite the great hostility that Madeira’s missile showed to the Catalan club during his time with Al-Maringi, Xavi Hernandez’s need for a top scorer in the team makes it not seem unlikely.

Ronaldo’s return to Madrid? It may be a little unlikely with Florentino Perez in the chair but why not, the Portuguese has returned to his old home a little closer to that.

Everyone remembers what happened in the summer between Ronaldo and the Manchesters, and how he was closer to the blue of Manchester. Many speculations came out in this regard, but there is no doubt that the name of the Madeira missile, one of the flags of the Red Devils, was linked to the traditional rival, urging the club to move quickly to include him.

Perhaps the same will happen with the management of Real Madrid if his move to Barcelona becomes more real. Refusing to watch Cristiano in the shirt of his arch-rival will move Perez himself.

The French giant lived a summer that he may not experience again in the next few years, he got Lionel Messi and before him Sergio Ramos, Donnarumma and many of the stars of the European Leagues.

And this summer, Ronaldo was already linked to a move to Paris before joining United, and at the time it did not seem unlikely, with the French club trying to be the best for a team to win the Champions League.

Only the first half of the season has passed and so far this “indomitable” team has not performed as hoped, which raises the question as to why the Madeira Rocket does not join this group of stars? The money is there and the desire to have the best players in the world looks like it won’t go away.

The Saudi League in particular, and Saudi Arabia in general, continues to search for a better interface in football. The matter began when the Saudi Investment Fund acquired Newcastle United, while the clubs of the same league do not stop searching for world stars.

Al Hilal Saudi Club spends a lot of money annually just to get football stars in the final stages of their football career for reasons ranging from technical to marketing.

Ronaldo’s joining Al-Hilal club, despite the difficulty of achieving it in the foreseeable future, comes after promising experiences for the most part. The Saudi League has witnessed throughout its history the participation of a number of great stars, in addition to the emergence of stars who have not previously worn the dress of fame, before becoming famous. Their talents are blooming in the Kingdom’s stadiums.