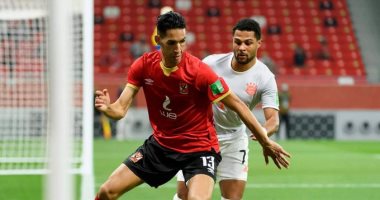 Al-Ahly club officials have reservations about the idea of ​​​​the departure of Moroccan Badr Banoun during the current summer transfer period, especially after the interest of more than one Saudi club in including the player to strengthen their defense line in the new season, especially after the Moroccan defender became one of the important elements in the formation of Al-Ahly.

Club officials stipulated the arrival of an attractive financial offer to agree to sell Badr Bannon next summer, not less than 4 or 5 million dollars, especially since the management of the Red Castle contracted with the player for two million dollars last summer, other than what the player receives from an annual salary in exchange for playing in Red team.

Badr Bannoun restored the balance to Al-Ahly’s defense line, after it suffered from defensive crises in the past years, and from the many injuries that affected the ranks of its players.