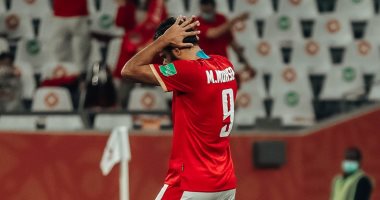 The Al-Ahly Club Planning Committee, headed by Mohsen Saleh, welcomed the departure of Marwan Mohsen, the Red Team striker, during the upcoming summer transfers, in light of the team’s lack of need for its efforts next season, due to the failure to exploit the opportunities obtained by the player.

The Al-Ahly Planning Committee is waiting to discuss the official offers that will reach the club to buy Marwan Mohsen in the summer, after he was placed on the list of names nominated to leave the Red Castle.

There are a large number of attackers in the ranks of Al-Ahly and it wants to get rid of some of them to make room for the return of some loaned players, as well as the new deals that the technical staff intends to conclude.

Al-Ahly’s technical staff, led by Pitso Musimani, relies on the duo Mohamed Sharif and Salah Mohsen in the offensive line, while the duo Walter Bwalya and Marwan Mohsen sit on the bench after he failed to take advantage of the opportunities that were available to them.

In total, Marwan Mohsen participated with Al-Ahly in 104 matches with a total of 5351 minutes played and succeeded in scoring 23 goals, making 9 goals and receiving 13 warnings, while Marwan Mohsen was crowned with the Red Castle with seven championships: the Premier League four times, the Egypt Cup, the Local Super Cup and the African Champions League, along with a bronze clubs World Cup.