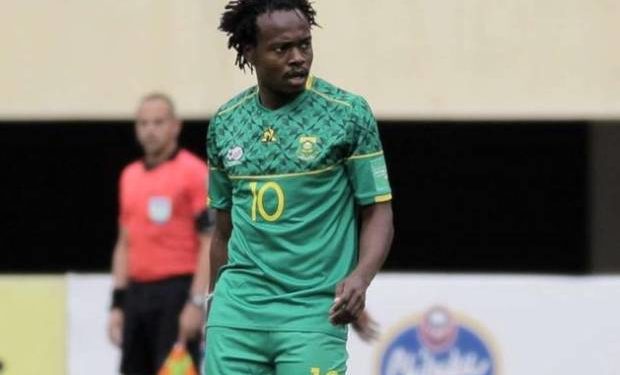 Al-Ahly club revealed the extent of South African Percy Tao’s injury, after press reports confirmed that the player would be absent from the matches for a month, after Al-Ahly managed to sign the player from Brighton, in negotiations that took a long time until the contracting committee succeeded in completing the deal.

Al-Ahly channel said that Percy Tao’s injury came while he was with the South African national team during the last international break, which will keep him away from matches for a period ranging between three or four weeks, as Ahmed Abu Abla, head of the team’s medical device, revealed the details of the injury that were revealed after signing the medical examination. Comprehensive on him after returning from the camp of his country.

Al-Ahly club doctor explained that the player had been suffering from an injury to the connective muscle since September 3 and had received a dose of analgesic treatment to participate in the first match with the international suspension with his country, South Africa, which was repeated in the second match. With a blood pool, the player was injected with plasma and he has been infected for 10 days, and therefore he will need a period of four weeks.

And based on the medical report of Ahmed Abu Abla, Percy Tau will leave the coach’s accounts during the preparation period, in addition to the Super match and the Egypt Cup confrontations, and he is scheduled to return to participate in the matches starting from the 32nd round of the African Champions League.

It is worth noting that Al-Ahly club is preparing to play a difficult match in the Egyptian Super for the last season against the Vanguards of the Army on the 21st of this month, before Al-Ahly completes the task of the Egypt Cup with an important confrontation against Enppi Club on the 25th, so that the red genie quickly enters the atmosphere of the new season.

There are no articles

We use cookies for purposes such as enhancing user experience and analyzing performance and traffic on our website. Third parties may also use cookies in connection with our website for social media, advertising, analytics and other purposes.