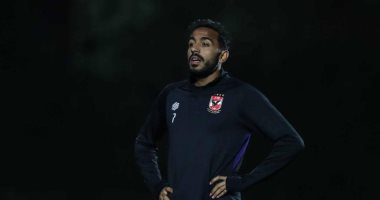 Today, Tuesday, January 11, 2022, Al-Ahly Club witnessed many important sports events and news, on top of which was Kahraba’s travel to Turkey to start his professional journey, and Ahmed Abdel Qader recovered from the Corona virus.

South African Betso Musimani, the technical director of Al-Ahly Club, was keen to hold a meeting with the duo Mohamed Mahmoud and Taher Mohamed Taher, the team’s players, on the sidelines of today’s training, in order to give them some technical instructions before facing El-Gouna, scheduled for next Thursday, in the first round of the League Cup.

Musimani was also keen to meet with Sayed Abdel Hafeez, the team’s director of football, to discuss the Red Genie’s preparations for the launch of the League Cup.

Mahmoud Abdel-Moneim, the star of Al-Ahly Club, flies to Turkey today, Tuesday, to sign for Hatay club on loan for a period of six months, and Al-Ahly officials ended a electrifying loan deal for the Turkish League through the Hatay club portal, after negotiations that took place over the past days and resulted in the player being loaned 6 months in exchange for $500,000, with a loan transfer clause for a final sale for $3 million.

Ahmed Abdel Qader, the Al-Ahly club player, announced his recovery from Corona, after the last swab he underwent turned negative, and Abdel Qader posted his picture on Instagram and commented: Negative, thank God, good morning to you.

The media, Ahmed Schubert, confirmed that Hossam Hassan, the Al-Ahly striker, will not leave the ranks of Future, stressing that the Red Genie cannot end the loan of his defender, Mohamed Abdel Moneim, this January. Local, and Mohamed Abdel Moneim will not return to Al-Ahly in the middle of the season, he must complete his loan period, and Al-Ahly does not negotiate with Ashraf bin Sharqi.