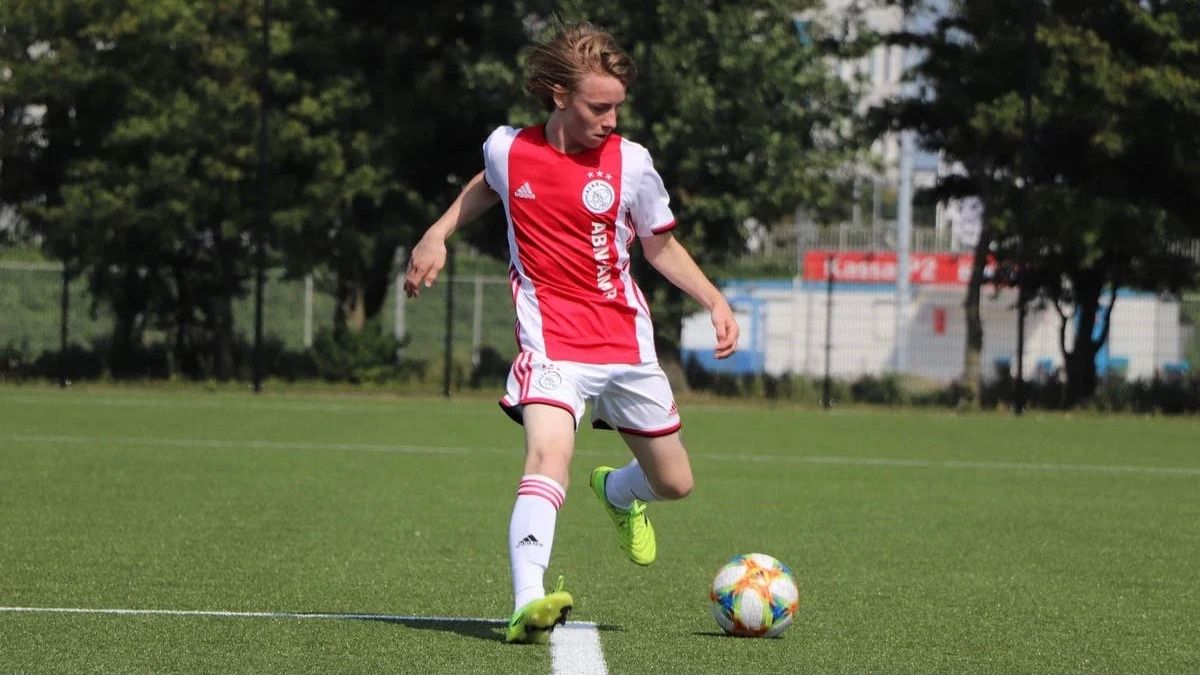 Ajax U17 has reached the cup final. The young Amsterdammers managed to beat the peers of sc Heerenveen 2-0. At Sportpark De Toekomst, the goals of Rico Speksnijder and Stanis Idumbo Muzambo and the saves of Tommy Setford were of great importance.

Ajax U17 started the semi-final against the peers of sc Heerenveen excellent. The team from Amsterdam took the lead at the first chance of the game. David Kalokoh gave the ball well to Rico Speksnijder, the winger then subtly tapped the ball in. After the opening goal, the team from Amsterdam remained lord and master. Careful attacks were constantly set up, but Ajax did not really create any opportunities.

Besides the early goal, the U17 had two other chances in the first half. A cross from Speksnijder was barely cleared by the Frisians, so that Stanis Idumbo Muzambo was just unable to head the ball in. Skye Vink’s hard shot, after he cleverly turned away, was caught by the goalkeeper. It was a first half where Ajax was in control, but in addition to the opening goal, they were unable to crack the Frisian organization sufficiently. Half time score: 1-0.

At the start of the second half, the Frisians were close to equalizing. The defense of the team from Amsterdam failed and Heerenveen was gone. The attacker of the Frisians passed Tommy Setford, but then hit the post from a difficult angle. Setford was once again of great importance to the team from Amsterdam in the 68th minute. The goalkeeper managed to keep his goal clean with two excellent reactions. Where Setford had little to do in the first half, it was busy in front of his goal in the second half. The goalkeeper was able to defend Ajax’s lead again in the 71st minute by making another great save.

Substitute Kayden Wolff also created a nice opportunity shortly afterwards, but he shot the ball just over. In the 79th minute Vink appeared to be about to close the game, but his shirt was pulled and went down. Free kick for Ajax. A minute later, Idumbo Muzambo was sent into the depths after which he passed the goalkeeper and shot the ball against the ropes, 2-0 for Ajax. Idumbo Muzambo was almost good for a second goal. The midfielder cleared the ball nicely, but his shot was just blocked. Ajax qualified for the cup final without really playing big.

FC Utrecht O17 will be the opponent of Ajax O17 in the final battle for the cup. The Domstedelingen did not give a damn about the peers of De Graafschap: at Sportpark Zoudenbalch it was no less than 9-0. Earlier on Saturday, the team from Amsterdam defeated SC Heerenveen O17 at De Toekomst 2-0 thanks to goals from Rico Speksnijder and Stanis Idumbo Muzambo.