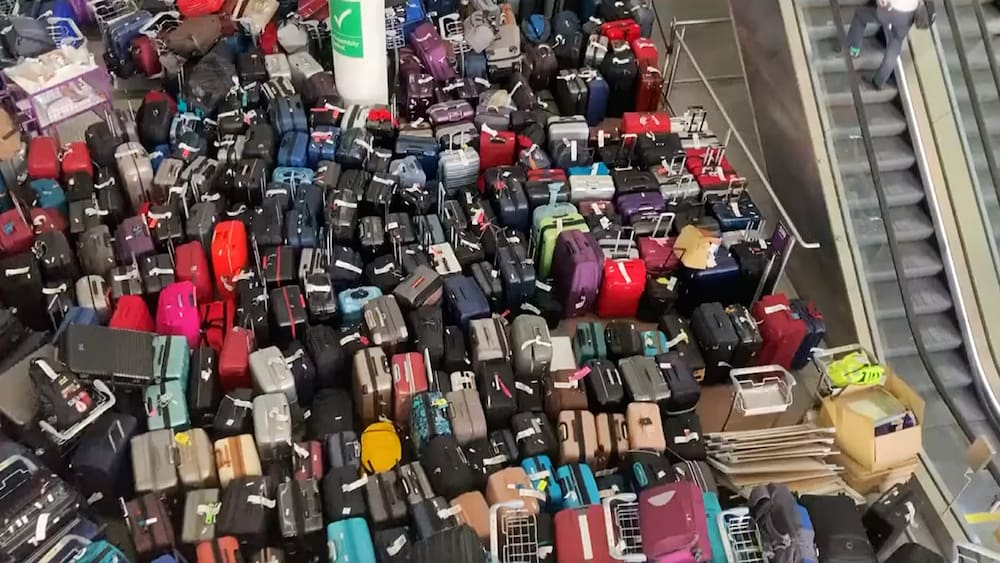 Summer is here, the corona restrictions have been abolished in most countries. That’s why many Swiss finally want to go on vacation. But do you have to expect great chaos when you travel by plane? Philippe Strässle (54), representative of air passenger rights and managing director of the Airhelp Switzerland portal: “You have to expect that not everything will go smoothly this year. The signs are pointing to a storm.”

Many problems stem from the fact that companies laid off staff because of Corona – and are now lagging behind the demand with hiring. This applies to the airlines, but also to the staff on the ground. “The three major airports in Switzerland are all more or less equally affected,” says Strässle. “I’ve had bad experiences myself in Zurich, Geneva and Basel this year.”

“I’m thinking about going back home”

Fabio Blasi (38) from Zurich was also unlucky: on Friday he flew with KLM from Zurich to Amsterdam and from there to Norway. He didn’t have to deal with long delays, but when he arrived at his destination there was no sign of his luggage. “Since then, I’ve been going to the airport every day to ask for my suitcase. But the airline can’t even tell me where the luggage is.”

Even four days later, Blasi still has no answer. «Actually, I wanted to go hiking and do other nice things, but the hiking boots are in my luggage. Now I’m considering going back home. The holidays are gone. I can’t enjoy it like that.”

Amsterdam: Queues to the street

The bad horror stories are currently coming from abroad. For example, passengers at Amsterdam Airport Schiphol in the Netherlands have been experiencing tremendous chaos for weeks. The queues are sometimes so long that they start hundreds of meters from the airport building.

For passengers, this means hours of waiting – and some miss their flights. Those responsible finally pulled the emergency brake and ordered a reduction in the number of passengers who are allowed to travel through the airport. As a result, numerous flights are cancelled. Countless holiday dreams burst.

London: Mountains of luggage are piling up

London’s Heathrow Airport is also partially operating close to collapse. Photos and videos are making the rounds on social media, showing piles of luggage several meters high in the airport building. A problem with the luggage system was to blame for this condition last Friday, according to an official statement from the airport. Some of the passengers would have had to travel without their luggage, but they are working closely with the airlines and the passengers concerned would have their luggage sent to them within two days.

Heathrow boss warns airline passengers in the UK and Europe could face disruption for up to 18 months. In his view, that is how long it will take for the entire industry to bring its capacities back to pre-pandemic levels.

In Germany, too, there are sometimes massive problems. The former “Bild” editor-in-chief Kai Diekmann (57) tweeted on Monday from Berlin Brandenburg Airport that he had already experienced a lot. But “the level of chaos this morning is impressive.” According to him, the security checks were only partially occupied and the waiting time was never less than an hour.

At other German airports, passengers also need nerves of steel. Reports of suitcase chaos are also coming from Hamburg. Numerous pieces of luggage are piled up there in the arrivals hall. In Düsseldorf, numerous flights have had to be canceled in recent days due to a lack of staff.

70,000 passengers were stranded at Brussels Airport on Monday. In this case, the reason was a national strike day by the unions, in which the security personnel also took part.

A spokeswoman for the airport appealed to passengers not to make their way to the airport in the first place. All departures of the day were cancelled.

Chaos is threatening the popular Spanish holiday island of Mallorca in the next few weeks, as “Bild” reports. The reason is that strikes are planned at several airlines. On several days, the flights of three airlines will be canceled at the same time.

It starts next Friday with a three-day strike at Ryanair. From June 30th, work at the airline is to be stopped again for three days. Several strike dates were also announced at Easyjet. According to the Spanish trade union Uso, the airline’s cabin crew intends to take strike action between July 1st and 3rd, July 15th and 17th and July 29th and 31st. In addition to Palma de Mallorca, the Easyjet locations Barcelona and Málaga are also affected. At Lauda Air, work stoppages have been announced every weekend for the whole of July.

The airline Swiss has already reacted to the shortage of staff and canceled around 100 flights in the summer. A total of 30,000 passengers are affected by the cancellations and changes, almost 10,000 of them by cancellations.

The British low-cost airline Easyjet also recently announced flight cancellations. The reason for the capacity limitation is the lack of staff at the airports, it said.

It hits the big ones harder

According to travel expert Strässle, the corona-related layoffs tend to hit the largest airports such as Amsterdam, Paris or London the most. “Unfortunately, Zurich is not exempt either.” According to Strässle, the airports with little traffic can probably absorb it best. “I’m thinking, for example, of Bern-Belp or Altenrhein.”

Zurich Airport is relaxed about the holiday season. Spokeswoman Bettina Kunz: “At Zurich Airport we are prepared for the summer travel season.” You have “basically” enough staff in action. “In this context, we benefit from the fact that we hardly had to lay off staff during the pandemic because we were able to apply for short-time work.”

According to spokeswoman Manuela Witzig, there is also “currently no acute shortage of staff” at Euroairport Basel. Nevertheless: “The personnel situation in the tourism industry remains tense. The recovery in passenger numbers is sometimes faster than the build-up of resources.” One expects at the Euroairport “fundamentally functioning processes for the very challenging summer operations, even if waiting times are to be expected at peak times,” says Witzig.

In order to avoid complications as much as possible, travel expert Strässle strongly recommends doing the self-check-in at home and, if possible, printing out the luggage label yourself at the airport. “You should definitely allow more time. If it wasn’t necessary, that’s fine too. But you should definitely get to the airport an hour earlier than usual. Especially on Friday or Saturday when there is a particularly high passenger volume. »