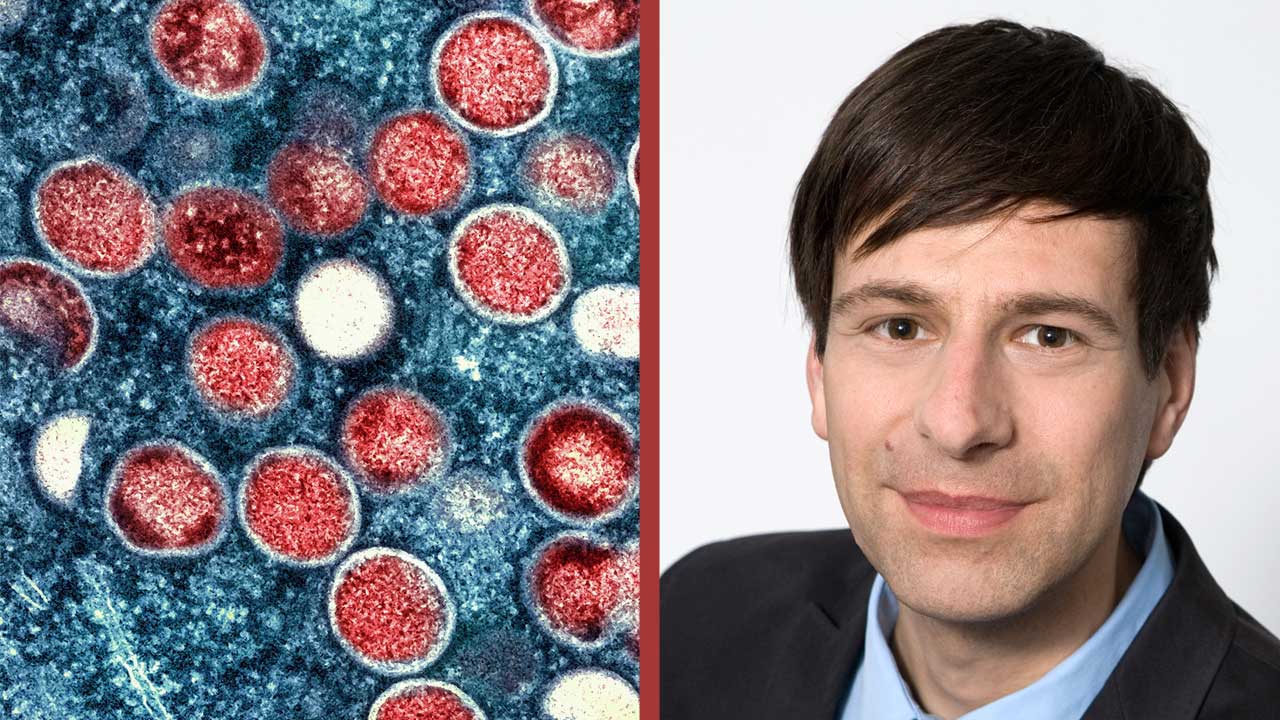 Monkeypox has spread worldwide within a few months. They still affect above all a small part of the population, which is exposed to stigmatization as a result, as the German Aidshilfe complained in the Utopia interview.

The week before last, the World Health Organization (WHO) declared an “emergency of international concern” because of monkeypox (also: Monkeypox/MPX). Spain has now reported the first deaths in Europe. According to the WHO, 98 percent of those infected are men. Vaccination is particularly recommended in Germany for men who have sex with men and often change partners, because the registered infections have so far mainly affected this population group. It is not the first time that a disease has been associated primarily with this group of people. In the case of AIDS, too, homosexual men were among the first to be affected. Many HIV patients still struggle with stigmatization in everyday life. Is there a similar risk with monkeypox?

We spoke to Holger Wicht, spokesman for the German Aidshilfe, about this.

Utopia: Mr. Wicht, the WHO has declared an international emergency because of monkeypox. How does the Aidshilfe assess the situation?

Holger Wicht: The epidemic is a reality and should be taken very seriously, so we have to deal with it now. For many sufferers, the disease is actually a painful emergency. If monkeypox affected the general population to the same extent as gay men, more than 200,000 people in Germany would have been infected. The extent of the outbreak must be taken into account. Gay health is also public health, and by the way, there is no guarantee that the infection will not affect other groups in the future.

The disease is currently strongly associated with men who have sex with frequently changing male partners – the Stiko, for example, explicitly recommends vaccination for this group. How is the emergency affecting the everyday life of this group?

In fact, the vast majority of infections affect gay and bisexual men, and they are well aware of the risk. More than 2,500 infections have now been registered, these are no longer isolated cases. People are afraid of the sometimes very painful consequences of an infection. Many take steps to protect themselves.

In addition to the risk of infection, is the fear of stigmatization also a problem?

Stigma is a big problem. In the initial phase, the fear of it was greater than the fear of infection. This is also shown by a survey on queer.de.

A group that is already discriminated against naturally reacts extremely sensitively when they are affected by a new illness and are then also held responsible for it. It was similar with HIV back then, and many of us haven’t forgotten that.

What does this stigmatization look like in everyday life?

It starts with terms like “risk group” or “high risk group”. The Minister of Health once even spoke of a “risk community”. These terms may not be meant in a malicious way, but they can very easily be misconstrued in the sense that a group is not at risk hatbut a risk is for others. Such terms fall on fertile ground for many. Sexual lifestyles are also often more or less subtly discredited, with statements such as “Gay men have to hold back now!”

What are the consequences?

This does not do justice to people and at the same time harms prevention. For real prevention, you have to take people and their needs seriously and give them protection options instead of giving them regulations. Devaluation always only leads to taboos and to the fact that sexuality is no longer lived openly.

And outside of the media and politics?

In extreme cases, gay men are openly blamed. A photo of an S-Bahn graffiti circulated on Twitter: “First the gays brought us AIDS and now monkeypox”.

Has media coverage improved, and with it the fear of stigma surrounding monkeypox?

All in all, I feel that reporting is now being done in a very responsible and factual manner, even if there are still derogatory statements in the press and the public. The fear of infection has now come more to the fore. In addition, there is the anger about the lack of vaccination options, which partly has something to do with disregard.

Vaccination against monkeypox: “Some are desperate and angry”

A vaccination should offer protection, this is now also administered in Germany.

Yes, and many gay men are frustrated by not getting a vaccine fast enough. Some phone their way through the practices without success, are desperate and angry. At least initially, this also affected people who urgently needed a vaccination because they had been in contact with an infected person. It is fair to ask whether the botched start of vaccinations in some federal states had something to do with the fact that the health of gay men was not taken seriously enough.

See also  Concern for the health of Pope Francis: "The doctor told me not to walk"

The vaccine is still scarce everywhere. Not all the deliveries ordered have arrived yet, and the need is great. In such a crisis, there are sometimes chaotic situations. In some cases, however, the start of vaccination was poorly organized or discussed for too long before it finally got started, for example in Berlin. The region is one of those that are particularly badly affected, but have received far too little in relation to regions that were less badly affected.

What has happened there?

The vaccine waited almost four weeks in the Charité refrigerator to be used. So the solution to the problem was literally on hold. That’s far too long for a new epidemic. Especially in the early phase it is important to slow down the spread. You have to organize the vaccinations quickly, unbureaucratically and pragmatically – as has partially been the case with COVID. In the case of monkeypox, there was too much hesitation. Some of the people who got infected during this time were in the same hospital as the unused vaccine.

What do you think needs to change to improve the situation?

The federal government has bought 240,000 vaccine doses, plus a few thousand from EU stocks – but that will not be enough in the end. This epidemic won’t be over anytime soon, so we need to offer vaccination to all gay and bisexual men who aren’t monogamous. We estimate that we need around one million vaccine doses to enable half a million people to remain vaccinated. So more vaccines have to be procured now so that after a certain time there is no emergency situation similar to the one we are now.

See also  These anti-aging ingredients you should avoid in summer.

Thank you for the talk!

Monkeypox: Distress due to strong and rapid spread

WHO Director-General Tedros Adhanom Ghebreyesus justified the decision to declare an international emergency over monkeypox with the widespread and rapid spread of monkeypox, which is now affecting dozens of countries. This is unusual. So far, outbreaks have been essentially limited to Africa. According to the RKI, transmission from person to person is only possible with close physical contact, through contact with body fluids and skin changes, or via droplet transmission. According to the RKI, the prerequisite is usually close physical contact. After a study of more than 500 patients, researchers report that 95 percent were infected through sexual activity – but not 100 percent.

LSVD: “A person’s sexual identity doesn’t matter to a virus”

Andre Lehmann, Federal Executive of the Lesbian and Gay Association LSVD, also spoke to Utopia about dealing with monkeypox and made it clear: “The risk of infection is therefore primarily for people with frequently changing sexual partners – regardless of sexual identity. Many gay and bisexual men are not affected by monkeypox in everyday life, for example because they live monogamously with a steady partner.”

However, it is already known that the disease is exclusively associated with homosexual men and thus with a specific sexual identity. “Unfortunately, there were also statements from the federal government that thoughtlessly spread this stigma.”

According to Lehmann, it would be more correct to point out certain risky behaviors that increase the risk of infection instead of naming homosexual and bisexual men as a risk group per se. “This narrative is fallacious because it gives straight people a false sense of security. Anyone can identify with the virus. Many are not aware of this.”

** marked with ** or orange underlined Some links to sources of supply are affiliate links: If you buy here, you actively support Utopia.de, because we then receive a small part of the proceeds from the sale. More info.

Thank you for your vote!