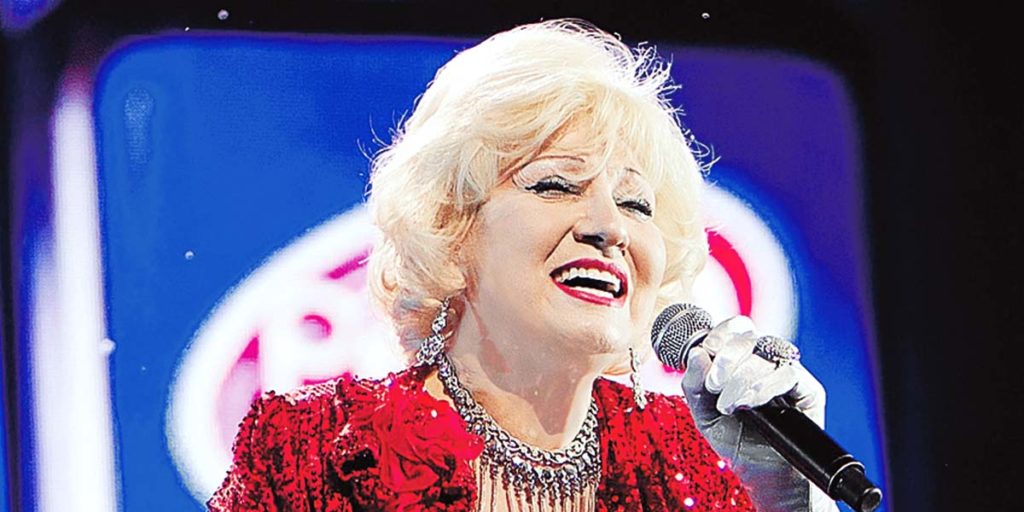 At 39, Soviet pop superstar Aida Vedishcheva began life anew. Although her hits “Song of Bears”, “Forest Deer”, “Help Me”, “Lullaby of the Bear”, “You Will Be Mine Anyway” sounded from every iron. But then, in 1980, she, along with her mother, son and second husband, Boris, unexpectedly for many decided to emigrate to the United States.

On June 10, Aida Semyonovna will turn 80 years old. On the eve of the anniversary, she told Express Gazeta as if in spirit about her personal life and how she withstood the most serious blows of fate.

– I am a happy woman and I am grateful to the Lord for everything. I live in a beautiful house near Los Angeles. I have a wonderful fourth husband, Naim, an adult son, Volodya, who is almost 60 years old. The son is not married, no children. Probably just didn’t meet his woman. Once he studied in Moscow at a music school. But at the age of 18 I took him to the States. Here he does a lot of things. In general, he is a philosopher, he went to my dad – a great dentist.

My parents are doctors, but I quickly realized that I wanted to be an actress and a singer, although I graduated from a pedagogical university with a degree in English teacher. Thanks to dad and mom for being sent there – it was very useful in life!

… When I saw the coffins with soldiers from Afgan on TV, it was the last straw for me. I decided it was time to leave the Union. After all, then not only my son was in draft age, but then-husband Borya, who had a military education behind him, got every chance to get into that war.

And even then, all Soviet Jews on the stage, except Kobzon, kept on a short leash – they demagnetized our disks, practically did not show them on TV. Although millions of my records were sold and I played 30 concerts a month, the officials still had reasons to constantly declare me to be guilty of something. I’m beautiful, bright, talented. Maybe this is my fault? But I did not roam on their sofas and offices, I did not ask anyone for anything. Honestly, I clearly realized that I was born not for children and not for husbands. And for the audience, to delight them with their creativity.

– 26 years ago I could have passed away due to illness. And since she is alive, it means she is needed and has not yet fulfilled her mission. I don’t know why they perceive me as a performer of several Soviet hits, because in America in the 80s and 90s I had a good career for an emigrant.

In one year, both me and another immigrant, Savely Kramarov, were found oncology. But I underwent both chemotherapy and surgery, and he did not. There was no need for him to leave, his place is in Russia. Here he had very little work, but he was accustomed to a certain status. He spoke English with a strong accent, which means that roles were not particularly offered. But here he got a daughter, Basya, whom he loved and suffered very much, that after a divorce from his wife he rarely saw the heiress. All my life I was afraid of oncology and died from it. Probably providence.

About the first two marriages

“All four husbands are my angels. The Lord tested and rewarded me with them. They themselves came into my life at the right time, when their help was required. I myself did not expect anyone and did not look for anyone. My dreams were only about Broadway, and they came true.

My first husband Slava Vedishchev, the father of his only son, worked in the circus and gave me his surname (at birth, the future singer was called Ida Solomonovna Weiss. – Ya. G.). We met when I arrived from Irkutsk, where I graduated
music school, to enter the institute in Moscow. Dreamed of theatrical. But they didn’t take it there. Perhaps because of the fifth point.

But my acting talent still hasn’t gone anywhere. After all, I began to sing, and many viewers thanked for the soulful disclosure of the songs. And we cried at concerts.

I remember that after one performance I went out into the street, and while we were Ninochkoy Dordoi, then a famous singer, waited for the bus, and she introduced me to the graceful Slava Vedishchev. At first he seemed nervous to me. I thought: “The circus, the risk … How does his wife stand it all?” But he was single and beautiful. The whole world went on tour, colleagues adored him. Fell in love with me at first sight. Slava’s family accepted me perfectly, and I realized that he could well become my spouse. But over time, both realized that we are completely different. So we parted easily. His family could not leave for the United States, because he only has a Jewish father, while Slava and his mother are Russians.

And I flew away with my second husband – an incredible pianist and leader of my ensemble Borey the Doorman… When I heard him for the first time, I immediately understood: “Everything, disappeared!” He amazed so much with his talent.

READ  The daughter of the Sussexes, their great joy after their most convulsive moment

Me and Utesov, and Lundstrom at one time they were invited to their ensembles. I worked with both. It seems that the salary is good, but it was necessary to sing the same thing for years. It didn’t suit me at all, I just get sick from the monotony. And then the director gave me his own theatrical performance Jura Sherling… And when a musician was needed there, I found Dvernik.

I never considered myself amorous. And she believed not beautiful words, but only deeds!

Borechka turned out to be nine years younger. Touching, sincere, but didn’t get along well with colleagues. At first I felt very good in America. He recalled how he was suffocating in the USSR (his parents sent him to a military school, and there, due to drills and oppression, his psyche was completely ruined). And then I felt the spirit of freedom.

He was a deeply religious man, he led me to faith, although before that I was an atheist. When we first met, he wore black all over. As if a monk or a person is not of this world. And he repeated to me: “Aida, you are an artist on stage. And in the world she must become a nun! ” Even on the beach he did not allow to undress. All this did not suit me at all, I really love life.

When everyone was out, mine would go home. Maybe he became like this because he fell out of a stroller as a child? In general, as a result, I could not stand it and filed for divorce. And Borya died immediately after that. I don’t even want to remember this. (The doorman committed suicide – Ya. G.)

After all, I needed to feed my family – my son, my mother, and Borya did not learn English, he relaxed. Why do I need such a husband? In addition, I realized that he fulfilled his mission – he brought me to the States and passed away.

About the last harbor

– My third spouse, when I moved from New York to Los Angeles because of the climate, because I was tortured by arthritis, became a millionaire Jay Markoff… Showed me a luxurious life. Although he saw me at the concert and immediately fell in love, he did not want me to work anymore. I wanted to sing only for him. And I need audience love! He initially assured that he would help in his career. In six years of marriage, we have a posh home in Beverly Hills. Someone in my place would not have refused such a chance, but I was tired of this life and left Jay. Of course, it hurt him.

And my last haven for 26 years has been a businessman from Israel Naim Bejim… He was by my side during my serious illness and is now with me. He speaks neither English nor Russian. By the way, it was on this basis that we met. I decided to make my own videotapes, and they advised me to Naima. Then his administrator asked him to study English, but I cut off: “I have something to do with it? When he learns himself, then we’ll talk! ” But he watched the video with my performances with delight, was stunned and decided to get me.

– Natalia, instead of whom I sang in the film Gaida “Prisoner of the Caucasus”, likes to say that the composer Alexandra Zatsepina two muses – she and me. Well, you must! After she acted ugly with me, when the two of us congratulated Zatsepin on his birthday, it seems to me insincere. I flew in on purpose, was going to perform, but I was surprised to learn that Natalya herself began to perform my songs. She was indignant, of course: why was I invited then? Zatsepin nevertheless brought me to the stage by the hand with the words that Aida sings better. But it all happened in public. An unbearable shame! Varley she is an acrobat by profession. I don’t do acrobatics, so why does she meddle in my business? Yes, and in “… captive” Varley not only did not sing, but did not play too much, there were problems with diction, so her role Nadezhda Rumyantseva voiced.

– I especially remember the last meeting with Muslim in 1997 at the Donetsk Opera House. He smoked and drank a lot then. I told him with a laugh: “Well, why are you so abusing? You are such a giant and talent, and you smoke and drink so much … “To which he sadly replied:” The fans do not lift my car anymore … So it’s already possible. “

– Yes, I’m 80 years old, so what? I didn’t do plastic surgery, although I could. But with my ailments it is dangerous. However, men have always liked me. I am happy with my life in the USA. She graduated from college here, performed on Broadway, gave good concerts. Americans are a special people, they love only their own. Here I am the musical “Masterpiece and Singing Freedom” and created for them in 1998. She took the stage in the form of the Statue of Liberty. The success was great.