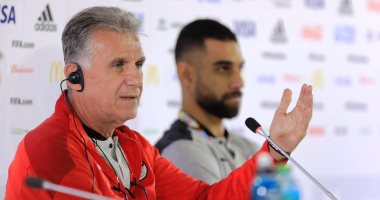 Ahmed Hassan: I am against the dismissal of Queiroz now.. this has not happened in the history of Egypt

Ahmed Hassan, the former Egyptian football star, believes that Queiroz’s statements about his lack of commitment to the African Championship affect the players negatively before the matches of Guinea-Bissau and Sudan.

Al-Sager continued, in television statements, to the Ontime Stadium program, on Ontime Sports, with the journalist Ahmed Schubert: “I am against the dismissal of Queiroz because this is unreasonable, and it did not and will not happen in the history of Egypt to dismiss a coach in the middle of a championship.”

Al-Sager continued: “The players have a very big responsibility and role in the coming period, because it is clear that Queiroz is confused, in the beginning he had a split between supporters and opponents, now there is no that and everyone has become different with him.”

He continued, “There is a big part on Queiroz, but the players also have a responsibility, because the team has few solutions. The problem of the team is that there is no form or personality. In the past, we were known as the team (Bas for Salah), but now there is no form.”

He concluded: “People were happy with Kirush at first, but he did that to himself, because he deals with arrogance. How can he say that the African Championship does not interest him? This is a disaster, so he does not know the value of the Egyptian team. The Egyptian team, if with one foot, must be competing for the championship.