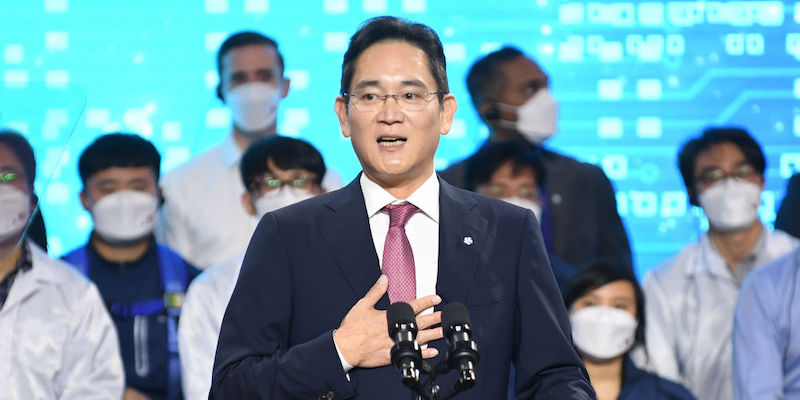 After two corruption convictions, the Samsung boss was pardoned

South Korean President Yoon Suk-yeol has pardoned Lee Jae-yong, vice president of Samsung Electronics and de facto head of Samsung Group. Lee, who is 54 and the heir to one of the world’s biggest technology companies, was convicted of corruption in 2017 and 2021 as part of the massive scandal involving former South Korean President Park Geun-hye that led to his persecution.

Lee is the eldest son of former Samsung president Lee Kun-hee, and according to the annual Forbes ranking, he is the second richest man in South Korea. In January 2021, he was sentenced to two and a half years in prison by the Supreme Court of South Korea, on charges of corruption: in August 2017, he was again sentenced to five years in prison for corruption and other crimes, but in February 2018, on appeal, the sentence was suspended and he was released.

The South Korean Ministry of Justice motivated the pardon by arguing that he was needed to overcome the “national economic crisis” in the country.

But how he summed up BBC Newsthe pardon granted to Lee reinforces the idea, quite widespread in South Korea, of an excessive closeness between political power and large industrial groups in the country, and that the rich entrepreneurs at the head of large and powerful companies “above the law” .

Lee had already taken care of much of Samsung’s management in the years before his father’s death in October 2020. In 2017, he was indicted in the scandal involving then-President Park Geun-hye, who had been in office since 2013: he was notably accused of making substantial donations to foundations controlled by a friend of Park’s the goal of obtaining state support for a merger between two Samsung companies, approved in 2015, which allowed him to expand his sphere of influence within the group.

Lee always maintained his innocence: he claimed that the donations were made without his knowledge, and in any case without expectations that the Park administration would reciprocate in any way. After the suspension of the first sentence, the Supreme Court ordered a retrial, however challenging the decision of the Court of Appeal not to judge the donations made by Lee as a form of corruption.

See also  “Will we have to wait half a century before reconnaissance work on Bosnia begins? "

Meanwhile, Park’s accusation was approved in December 2016, and in April 2018 she was sentenced to 24 years in prison for abuse of power and coercion. In December 2021, then South Korean President Moon Jae-in pardoned Park, who motivated his decision with the desire to promote national unity during the critical moment of the coronavirus pandemic (Moon was a progressive, Park a conservative).

As he noted Reuters the pardon granted to Lee, which will be formalized by Yoon on Monday, is more symbolic than anything else: after some 18 months in prison, he has already been granted parole, and in recent months Lee has started showing up again at major events . notably, such as the visit to some Samsung factories in the company of US President Joe Biden, in May.

However, Lee is still accused of other crimes, such as accounting fraud and manipulating stock prices on the market during the 2015 merger; he also apparently made corporate decisions at a time when he was unable to do so due to his conviction. According to several analysts, he will gracefully return to doing business in a much freer way. “I will make my contribution to the economy with continued investment and job creation,” Lee said in a statement released by Samsung.