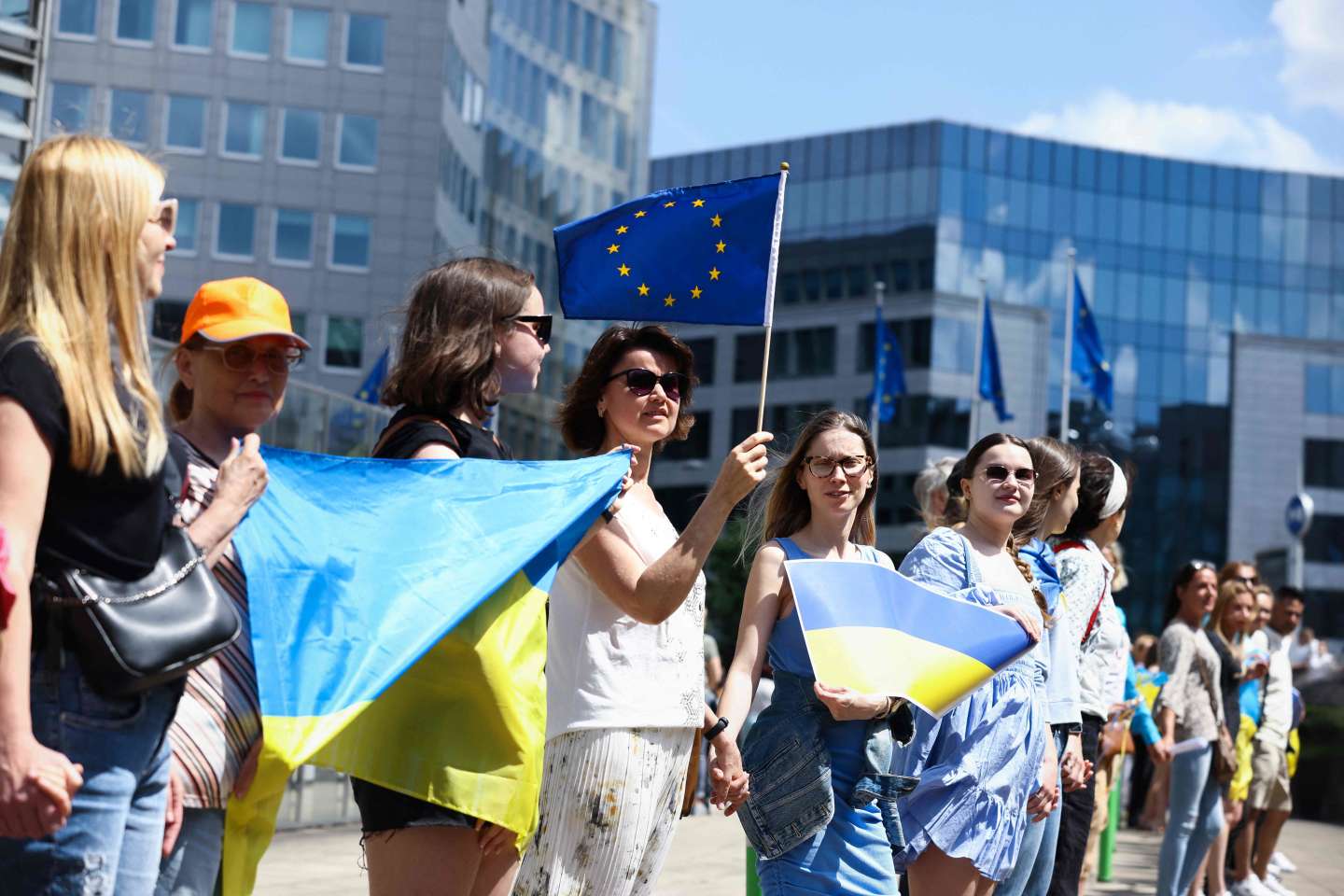 after the sacred union, Europeans divided between “hawks” and “doves”

The break between European countries and Russia, held largely responsible for the aggression against Ukraine, has been consummated. But, beyond this consensus, public opinions are beginning to diverge on whether or not to continue the efforts made by their respective countries to support kyiv. And the divisions within the European Union between “hawks”, supporters of a hard line against Moscow, and “doves”, in favor of a negotiated peace as soon as possible, could ultimately paralyze Europe on the international scene.

After more than three months of conflict, two antagonistic camps appear to be emerging across Europe, according to a survey by the European Council for International Relations (ECFR) of 8,000 citizens from nine EU countries and the UK and published on Wednesday 15 June. The predominant group of “pacifists” (35%), particularly represented in Italy and Germany, wants a quick end to the war, even at the cost of territorial concessions for Ukraine; it is opposed to that of Europeans who favor “justice” (22%) and the territorial integrity of the country. The latter, in particular embodied by the Poles, believe that only a clear defeat for Moscow will sign the end of the war and that in the long term Russia will have to be ” punished “ and held accountable for possible war crimes. A fifth of Europeans oscillate between the two camps: hostile to Russia, supporters of a tough policy towards it, they also fear the effects of a long war. Finally, 23% of those questioned do not have an opinion.

Read also: Article reserved for our subscribers What are the objectives in the war between Ukraine and Russia? The question is cutting Europe in two
See also  Speaker of the Rada commented on the data on Zelensky's offshores

These divisions cross most European countries and could, in the long term, impose themselves on political leaders, putting an end to the unity observed since the beginning of the conflict, analyzes the think tank in its study. “The resilience of European democracies will depend on the ability of governments to maintain public support for potentially costly measures”, believe the authors of the study, the political scientist Ivan Krastev and the director of the ECFR, Mark Leonard.

Energy prices and the nuclear threat

Already, in many countries, the fear of the consequences of a long conflict on the purchasing power and the price of energy is put forward (fears shared by the Germans, the French, the Italians). The Swedes, the British, the Poles or the Romanians are more worried about nuclear threats emanating from Russia.

Echoing the fears expressed, on May 23, at the Davos Economic Forum, by the Ukrainian President, Volodymyr Zelensky, who was concerned to see “ the world is getting tired of war “, some Europeans seem to express a form of « fatigue ». Forty-two percent now believe that their country in “does too much” towards Ukraine, to the detriment of internal problems (against 32% who think the opposite). In this regard, Poland and Romania come first (58% and 52%). Only Portugal, the United Kingdom, Finland and Sweden do not share this opinion.

You have 50.74% of this article left to read. The following is for subscribers only.