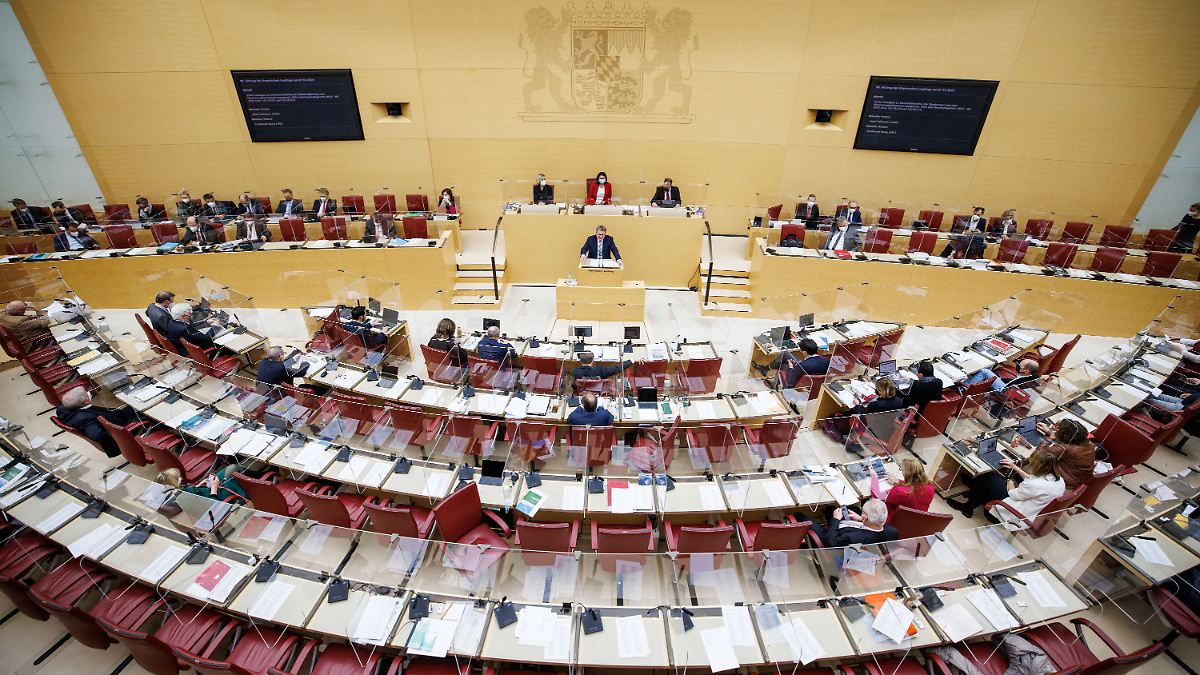 After the mask affair: Bavaria tightened rules for MPs

After a mask affair

After some CDU and CSU politicians have enriched themselves in the mediation of mask deals, the call for consequences is loud. Now the Bavarian state parliament is waving a draft for stricter rules for members of parliament. A politician who is himself at the center of the affair votes against it.

As a consequence of the affair about the brokerage of mask purchases by the state government by CSU politicians, stricter rules for MPs will apply in Bavaria in the future. In the evening, the state parliament approved a corresponding bill with a large majority, on which the CSU, Free Voters, Greens, SPD and FDP had agreed in the end. The AfD and the former Justice Minister Alfred Sauter, who is himself at the center of the affair, voted no.

Secondary jobs are therefore not generally prohibited in the future. However, the members of the state parliament are not allowed to engage in paid lobbying activities for third parties at the state government, the state parliament and other authorities. The sale and brokerage of real estate, goods and services for third parties in the organs and authorities of the Free State and the companies that are majority owned by the Free State will in future be prohibited to parliamentarians. In addition, MEPs will in principle have to publish income from secondary employment from the first euro in the future.

The specific trigger for the tightening of the rules is the so-called mask affair. Sauter and the previous member of the Bundestag Georg Nüßlein, who has since left the CSU, are said to have received a lot of money for brokering mask shops in 2020, Nüßlein 660,000 euros, Sauter even around 1.2 million euros. The Bavarian Ministry of Health has emphasized that in no case had the ministry paid any commission to elected officials.

The Munich Higher Regional Court had recently announced that it saw Sauter and Nüßlein’s actions as “not fulfilling the offense of bribery and bribery of mandate holders”. Because this presupposes “that a member of parliament is granted or promised an advantage in return for an action in the performance of his mandate”. Sauter and Nüßlein emphasize that they did not act as members of parliament. The Munich Public Prosecutor’s Office announced, however, that they would now have the matter resolved by the Federal Court of Justice in Karlsruhe. Regardless of this, businesses like the one with corona masks in the past year will be prohibited for members of the state parliament in the future.