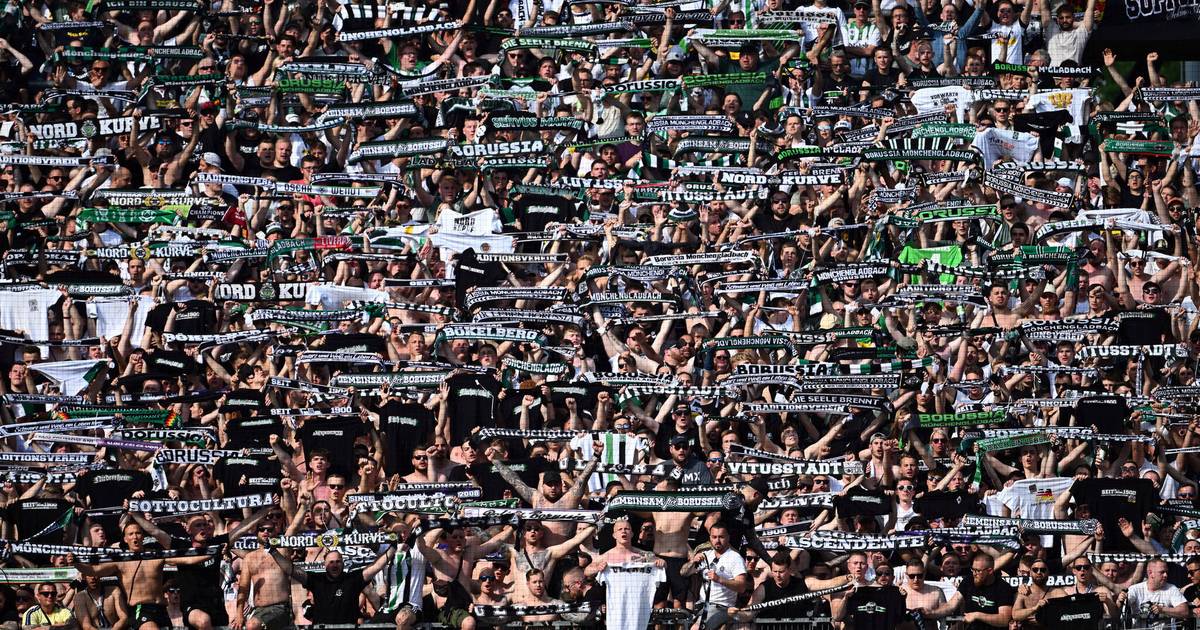 After the banner campaign in Borussia Park, the DFB decided not to report Gladbach-Ultras

Moenchengladbach Supporters of the Mönchengladbach ultra scene drew attention to themselves with a banner at the international match between Germany and Italy in Borussia Park. They were then checked by the police. How they justify their measure and what the DFB says about the incidents.

Shortly after Germany attacker Timo Werner appeared in the Italian penalty area for the first time 16 seconds after kick-off on Wednesday evening, Antonio Rüdiger let the Italians’ attempt to clear the ball tumble into the end at the center line. There, on the east stand of Gladbach’s Borussia Park, ultras from the Mönchengladbach fan scene had gathered to unfurl a banner directly behind the gang.

“15,000 dead for big scenes – Fifa and Co. without conscience” was written there in capital letters. The banner, which included the addition “Boycott Qatar”, was also promptly caught by the camera. ZDF commentator Oliver Schmidt read the banner to the viewers watching the game on TV. “A clear, true message and it’s good that it has its place here,” said Schmidt.

While those involved held up the banner, they blocked the view of some spectators in the first rows, but disappeared again after around three minutes to leave the stadium, but remain in the vicinity of Borussia Park. This behavior was considered “atypical” by the DFB, which released a statement on Wednesday. That’s why you have “off Concern about the safety of the event‘ informed the police.

According to information from our editorial team, the action of the Gladbach fan scene had been planned for some time, and all participants had secured their tickets for the game in advance through the official advance sale of the DFB. After the Qatar protest was over and the Gladbach supporters had left Borussia Park, the Mönchengladbach police carried out a personal check in the vicinity of the stadium Banners had been associated.

When asked, a spokesman for the Mönchengladbach police justified the measure by saying that at the time of the action the suspicion had arisen that the people had violated the DFB’s house rules and that further actions might have been planned. Since the message is subject to freedom of expression, the content of the poster was never discussed.

However, the General Ticket Terms and Conditions (ATGB) of the DFB stipulate that “banners, banners, flags and transparencies with an area of ​​more than 2 square meters” are only permitted after prior consultation and approval by the DFB. This approval was not given, but after consultation with the Mönchengladbach police, the DFB refrained from taking criminal and association legal action. „It is important to us to emphasize that freedom of expression is a valuable asset. Restricting this was and is not in the interest of the DFB.”, said the DFB. According to the police, the personal details were not transmitted either. The Qatar protest should therefore not have any consequences for the fans.

The police check in Gladbach fans caused an uproar well into the night. Fanhilfe Mönchengladbach also got involved and reported on the incidents during the game. After recording the personal details, the group was released. According to the police, no entry should be made in the list of “violent sport offenders”.

Here is the photo gallery: All international matches at Borussia Park