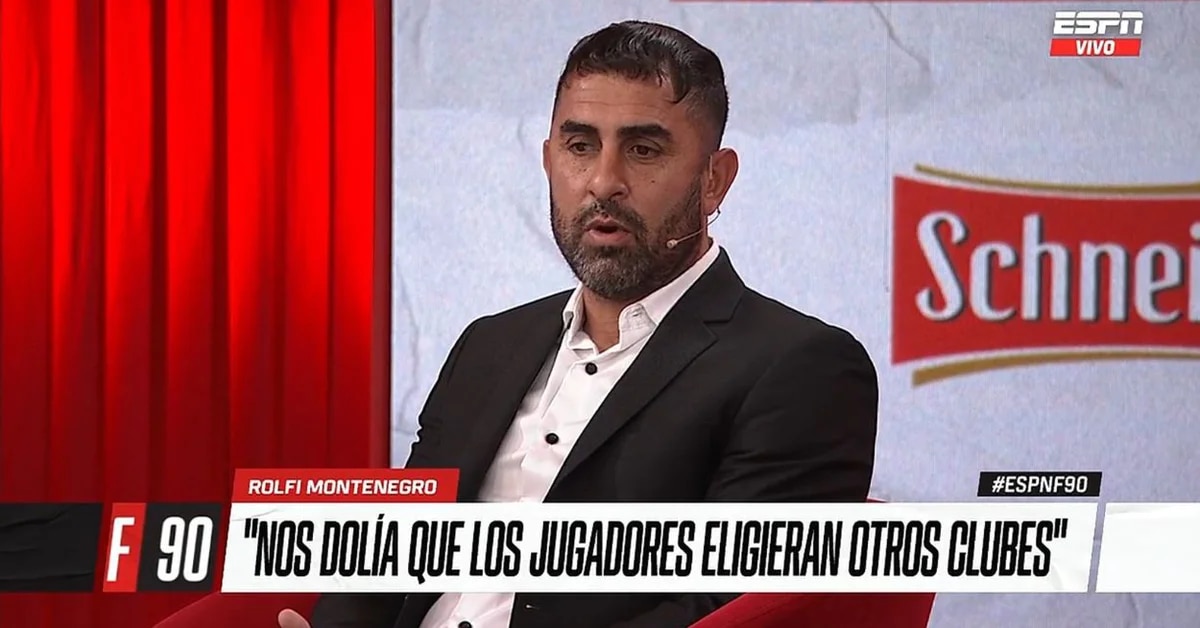 After his departure, Montenegro targeted the leadership of Independiente and revealed that he tried to hire Gareca and Heinze

The Rolfi Montenegro uncovered the pot that Independent lived in recent times. After his departure as manager of the Avellaneda entity, the former footballer revealed details of the heated internal climate that Rojo went through during his time as a club employee. “A gnocchi is a person who gets paid for not going to work and I was at the club from 7 in the morning with Eduardo (Domínguez). We were in all sectors, even in women’s football. They felt that they were accompanied, just like the boys from the nursery and from the Reserve, ”he began in his testimony.

Annoyed by the ways in which the leadership moved, the former midfielder explained what his duties were at the Villa Dominico property: “There were four of us who took care of everything. At the beginning it was difficult for us, because after the departure of Fernando Beron we didn’t want to leave anyone free, because we thought it was disrespectful. We also didn’t want to put the coaches out of work and we managed to get everyone paid the same way. We had to watch more than 100 guys to progress.”

In his extensive dialogue with ESPN, Rolfi also highlighted how Eduardo Domínguez’s painful departure was. “We had a lot of talks before he left. They were meetings with the leaders and the players and he doubted because of the generosity that he found in all the parties. However, he had his decision very made. Perhaps he did not believe the leaders so much. When he left, he apologized to me for not giving the results.”.

With a lousy present in the sporting and institutional aspect, Montenegro made it clear that “Independiente has to get out of this by working”. “It’s the only way you can get out of this moment. There is no magic, you have to be united“, plot. And he added: “You never run a taquito club. With Hugo (Moyano) every time he came to sign the contracts we could talk. He listened to us, but he was not in the day to day with us. With Eduardo (Domínguez) we went to speak with him for the January market, because we had to convince the players to come because there were so many inhibitions. They worried if they were going to play. There was a lot of uncertainty. We never knew that three players were going to leave us. We wanted them to be clear”.

In relation to the current situation that the Avellaneda entity is going through, Montenegro clarified that “Independent does not have a wallet to spend”. “All the players came on loan or free,” he recalled. And he also made it clear how he should have handled the negotiations to incorporate the reinforcements that never arrived. “It was very delicate to go looking for a player. Thank God, everyone we called was answered, but then I had to step aside.”.

In this sense, he underlined the dark episodes he experienced with an external investment group, which “never kept its word”. “Supposedly there was a business group that was going to invest money, but the money never came. The subject was very rare. when the topic appeared Guys made noise because the money came from abroad. Also they had promised to Wanchope (Abila) Already Marconewhich was not there at the time. When I spoke with Gaich, he told me that he wanted to come, but later things were diluted and the negotiations never took place”.

with Edward we made a list with 12 names to reinforce ourselves y We didn’t want outsiders to get in because they hindered things. Then it disappeared. Even, they said they were going to bring a new sponsor, but I never believed them. Supposedly they were the same they were going to buy Farías in twelve sticks”, he stressed.

Finally, Montenegro noted that he had held talks with the Gringo Heinze and the Tigre Gareca to offer them the technical direction, but did not get the desired response. “We had very juicy talks, because they are two gentlemen; but things did not happen”, he concluded.

Endless crisis in Independiente: Montenegro resigned from his position as manager and the interim DT also left
The historic mark reached by River Plate after filling the Monumental 16 times
How much will Boca Juniors charge for Nahuel Molina’s pass to Atlético Madrid
Carlos Izquierdoz left Boca: he traveled to Spain to sign with Sporting de Gijón