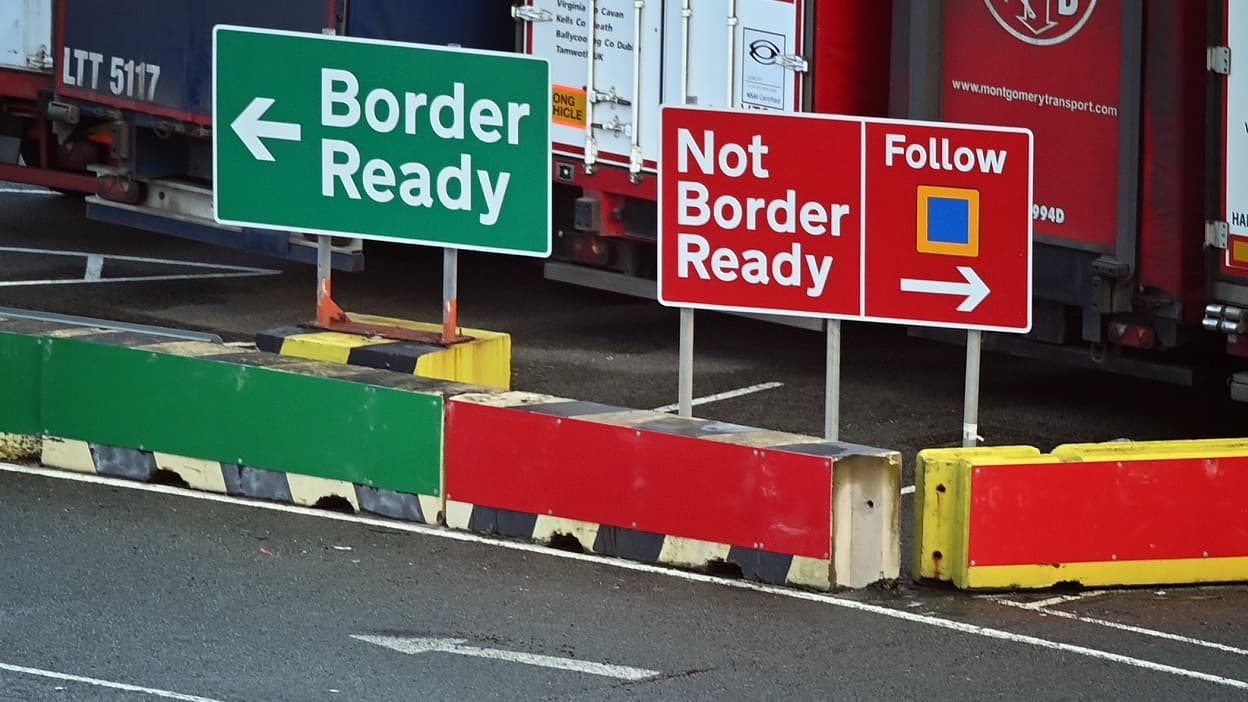 According to Telegraph, the UK government is considering extending the grace period on checks for chilled meat to ensure sausage imports into Northern Ireland from Britain. The EU says it will react “firmly and decisively” if the UK takes further unilateral action.

Six months after Brexit, the United Kingdom and the European Union are still struggling to tune their violins. At the heart of their divisions, the application of trade provisions in Northern Ireland which continues to poison their relations three days before the G7 summit under the British presidency and while a meeting is to be held in London on Wednesday to try to appease the tensions.

In recent weeks, the two parties have accused each other of lacking goodwill in the implementation of the Northern Irish protocol negotiated within the framework of Brexit and which confers a special status on the British province: it is maintained in the European single market and customs union for goods, with customs controls on goods arriving in Northern Ireland from Great Britain.

However, this situation has caused some tension in the supply chains. As a result, the British government granted a grace period to postpone checks and deliver the island without disruption. Supposed to end on June 30, this grace period could be extended for chilled meat, according to the Telegraph. In particular to secure imports of British sausages to Northern Ireland.

“If the UK takes further unilateral steps in the coming weeks, the EU will be sure to react swiftly, firmly and decisively to ensure that the UK meets its international legal obligations,” the Vice-President nevertheless warned. of the European Commission, Maros Sefcovic, in the daily.

He rejected criticism from European Relations Minister David Frost, former UK chief Brexit negotiator, who accused Brussels of being “inflexible”. The two men are due to meet this Wednesday in London. “The EU has demonstrated from the very beginning that we are ready to find creative solutions when necessary”, underlined Maros Sefcovic. “But we cannot do it alone.”

If the British government wants to temporize on the application of the Northern Irish protocol, it is in particular because the text causes the discontent of the Unionists who denounce the de facto introduction of a border in the Irish Sea, within the Kingdom. -United. After several evenings of violence in early April to denounce these new rules, fears of new clashes this summer are increasing, when Orange marches will commemorate the Protestant domination over the province in July.

Faced with the discontent of the Unionists, the British government had already unilaterally postponed the adjustment period for certain controls, in particular for the food industry. This decision prompted the European Commission to initiate infringement proceedings against the United Kingdom.

“There is absolutely no reason to prevent chilled meat from being sold in Northern Ireland and any ban would be against the objectives of the protocol and against the interests of the people of Northern Ireland,” said the Prime Minister’s spokesman. British Minister Boris Johnson. He stressed that London wanted to find an urgent “and” consensual “solution.” We did not expect the EU to take such a purist position in (the) application “of the text, he said.

The Northern Irish question on the G7 menu

The question of the Northern Irish protocol is also likely to be invited at the end of the week at the summit of the heads of state and government of the G7 in Cornwall (south-west of England). During a bilateral meeting with Boris Johnson, US President Joe Biden, proud of his Irish origins, is expected to reaffirm his commitment to this agreement as a guarantor of peace. An absence of a solution would risk compromising a free trade agreement between the two countries, he should warn according to the Times, while calling on the EU to be less “bureaucratic”.

Speaking on the phone with French President Emmanuel Macron on Monday, Boris Johnson stressed that “the UK and the EU have a responsibility to find solutions to address the problems of the protocol”. But “the patience of the EU has its limits and if this continues, we will have no other choice but to consider all the tools and all the options available to us”, a source said. European.