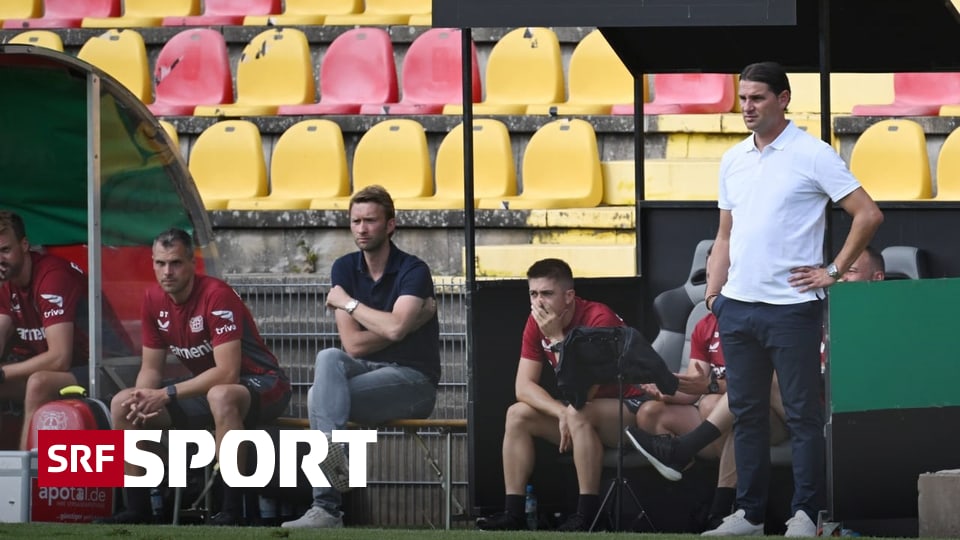 After an embarrassing cup out – “pukes on me”: alarm at Seoanes Leverkusen – Sport

Bayer Leverkusen were knocked out of the DFB Cup on Saturday. Anger and frustration reign after the debacle.

Lukas Hradecky was furious. The Bayer Leverkusen captain relentlessly counted some of his professional colleagues after the cup embarrassment. “Everyone has to look in the mirror. I’ve said that a thousand times, but that doesn’t seem to be enough. We don’t learn from it and think we’re the best,” complained the goalkeeper.

After the embarrassing 3: 4 at the rebellious third division promoted SV Elversberg, the Werkself are already on the highest alert. ‘It looked awful. I can’t explain that, because I didn’t recognize Leverkusen,” explained Hradecky.

The Finn initially faced the whistling and scolding fans alone. “It pisses me off that some are already on their way to the cabin and don’t endure the consequences,” he asked the character question.

We struggled from the start – with and without the ball.

Leverkusen coach Gerardo Seoane also put his finger in the wound. “We have to address that with the young players, that on day X you have to bring certain virtues onto the pitch,” he said. Once again, Bayer completely missed this in a “do-or-die game”, and at times did not resist at all.

BVB is waiting in the Bundesliga

“We were inadequate in every respect. We had difficulties from the start – with the ball and without the ball,” the coach railed. Now ruthless research into the causes is appropriate, “why we weren’t mentally and physically up to scratch”.

There isn’t much time left: Next Saturday, Leverkusen will face Borussia Dortmund in the Bundesliga season opener.

See also  "This adrenaline surpassed the definition of the TC"