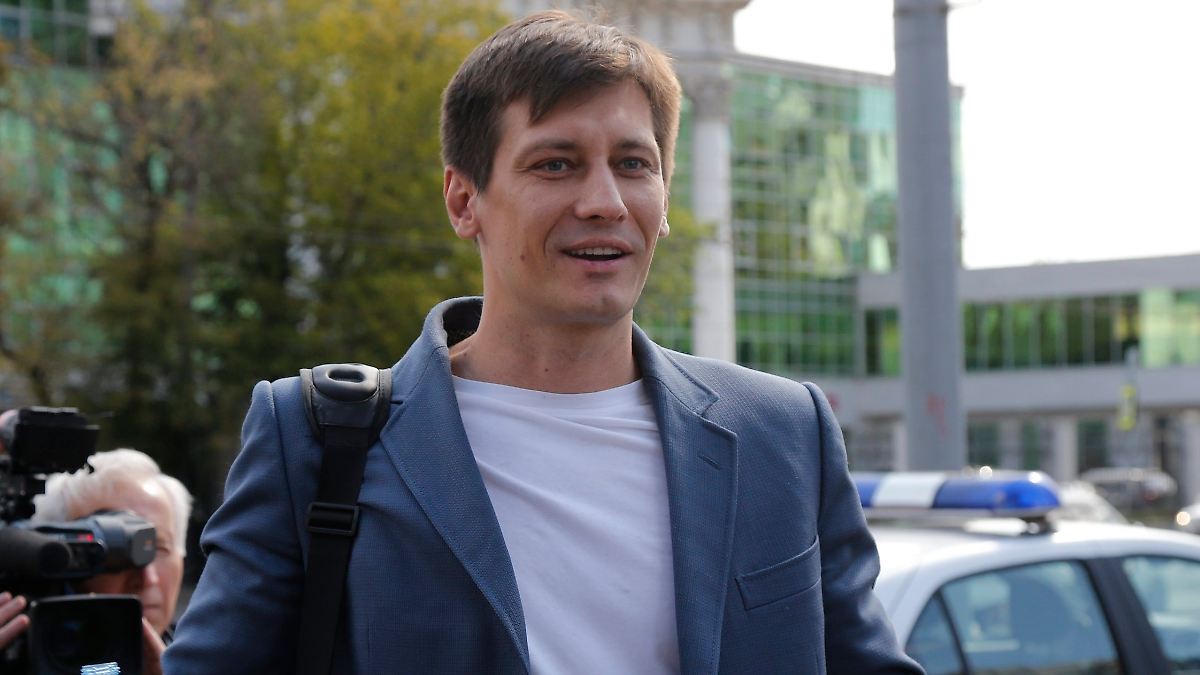 After a warning from the Kremlin

If a new parliament is elected in Russia in September, many opponents of the Putin government will not be able to run. The Kremlin is putting opposition activists under pressure with laws and threats. Former MP Dmitri Gudkov is leaving the country for this reason.

Russian opposition activist and former MP Dmitri Gudkov claims to have fled to Ukraine. The 41-year-old wrote on his Facebook page on Sunday that he was on the way to Kiev. Informants close to the Kremlin had warned him that he would be arrested on false allegations if he did not leave Russia.

“My decision was supported by my relatives and loved ones, who have also received serious information about threats,” Gudkov wrote. Gudkov’s father Gennady, also a former opposition MP, said he supported his son’s decision to “leave the country temporarily”. Dmitri Gudkov announced at the beginning of the year that he would run for the Russian parliament.

The 41-year-old was arrested on Tuesday on charges of rent fraud. He was released from police custody two days later. No charges were brought, his lawyer said on Thursday. If charged, Gudkov would have threatened five years in prison. The police searched his dacha near Moscow on Tuesday. Raids also took place in the apartments of other opposition members.

Law is intended to slow down Navalny supporters

A few months before the parliamentary elections in Russia, the authorities continue to crack down on opponents of the government. Last Monday, the police took the opposition Andrei Piwowarow off the plane shortly before his flight to Warsaw. On Wednesday, a court ordered the 39-year-old to be detained for two months. He faces up to six years in prison.

Piwovarov is the former head of the opposition movement Open Russia, which broke up last week due to mounting pressure from Russian authorities. Open Russia was once founded by Kremlin critic Mikhail Khodorkovsky.

On Friday, an electoral law came into force that allows the Russian authorities to exclude certain candidates from all votes for collaborating with “extremist and terrorist” organizations. According to the opposition, the law should, among other things, prevent supporters of the imprisoned Kremlin critic Alexei Navalny from participating in the Russian parliamentary elections.

READ  G7 preparations: this unflattering description of the Macron couple by a famous British magazine