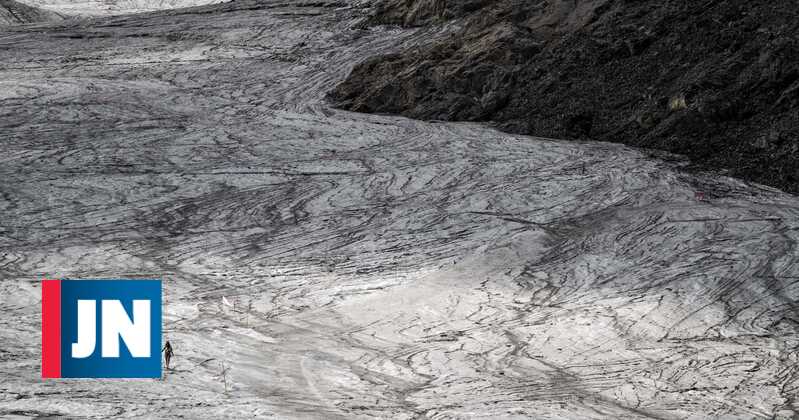 After a plane, thaw reveals two dead bodies in the Swiss Alps

After the wreckage of a plane was discovered, two bodies were found in the melting ice of the Swiss Alps. With a snow-free winter, and hot July temperatures, the mysteries hidden in the Alps are slowly being uncovered.

Two French climbers found the bodies on Wednesday while climbing the Chessjen glacier in Valais.

1968. Wreckage of plane that crashed 54 years ago in Swiss Alps found

Italy. Six dead and 20 missing in avalanche in the Alps

The bones were taken by helicopter to be studied. Police say the process of identification, through DNA, “may take a few days”.

The discovery took place near a path that had not been used for a decade, said Dario Andenmatten, director of the Britannia mountain hut, where many climbers start their climbs in the region.

The French climbers would be orienting themselves by an old map, which led to the discovery. One of the climbers claims that one of the bodies found appeared to have “80s clothes”. The body was mummified and slightly damaged “but almost complete”, according to the report.

The investigators estimate that the deaths occurred “around the 1970s or 1980s”.

A week ago, a body was also found near the Stockji glacier, next to the resort of Zermatt, on Monte Cervino, the best-known mountain in the Alps.

Police in the Alps maintain a list of about 300 people missing since 1925, one of whom is billionaire Karl-Erivan Haub, who owns a chain of supermarkets, who disappeared in 2018.

After a winter with relatively little snow, the Swiss Alps have already experienced two severe heat waves in the summer. In July, authorities advised climbers not to climb the Matterhorn because of unusually high temperatures, which almost reached 30 degrees Celsius in Zermatt.

During the July heat wave, the elevation at which the water froze was measured at a record 5,184 meters, compared to the normal summer level of 3,000 to 3,500 meters.