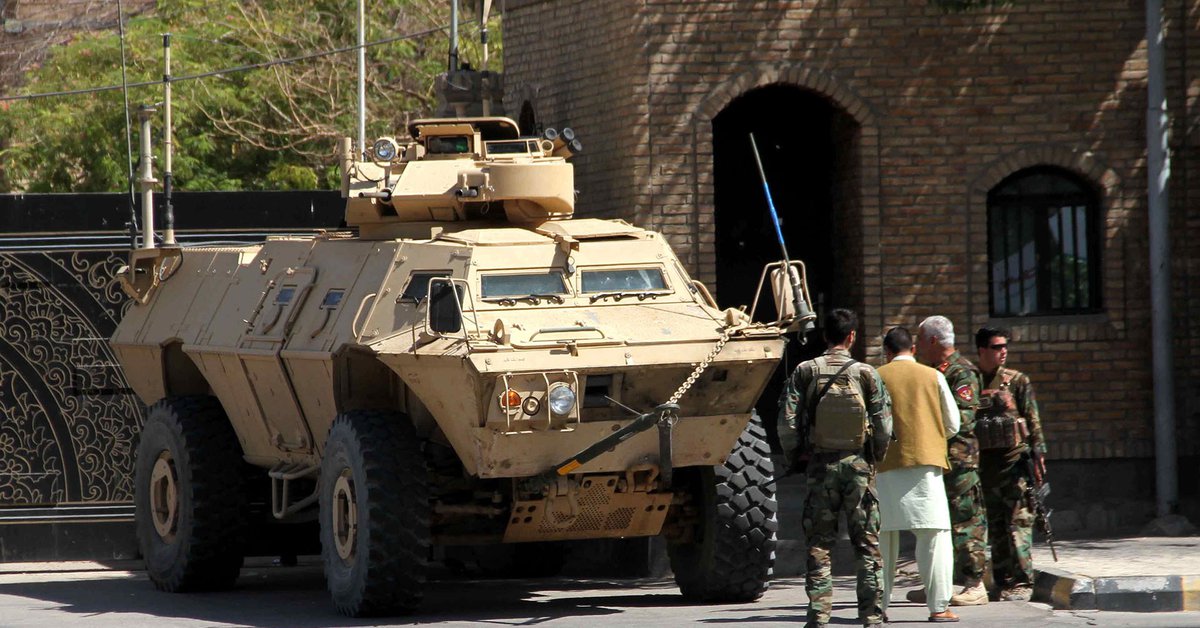 Afghanistan: the Taliban continue their territorial advance and the EU warned that a new refugee crisis could be unleashed

Government tanks arrive on the battlefield in Kunduz (Photo: REUTERS)

In view of the advance of the Taliban, which took over this Tuesday two other cities in Afghanistan, Farah and Pul-e Khumri (north), bringing the total to eight provincial capitals captured in five days, the European Union Commission warned that the conflict could push half a million people to seek refuge in neighboring countries.

“This afternoon (Tuesday), the Taliban entered Farah after briefly fighting the security forces. They took the governor’s office and the police headquarters. The security forces withdrew to a military base, ”said Shahla Abubar, a municipal councilor.

The Taliban, advancing at a frantic pace, already control seven of the 34 Afghan provincial capitals, and five of the nine in the north, including the strategic Kunduz. In four others the fighting continued.

What’s more, insurgents begin to approach Mazar-i-Sharif, the largest city in the north, in a region where they have strengthened their positions and from which civilians flee en masse from this offensive.

Historic city and commercial center, Mazar–i–Sharif It is the pillar on which the government has always relied to control the area on a regular basis contrary to the Taliban.

It was there that the Taliban encountered the fiercest resistance during their accession to power in the 1990s., and even during their regime (1996-2001) in which they imposed an ultra-orthodox version of Islamic law.

This Tuesday, they attacked the neighborhoods of the nearby periphery of Mazar-i-Sharif, although they were repelled, according to a journalist from the agency AFP that was in the place.

On the night of Monday to Tuesday, they launched offensives in two other northern capitals, Pul-e-Khomri and Faizabad., but they were also repelled, indicated the Defense Ministry.

In the context of violence, thousands of people have fled the north, many arriving in Kabul after a grueling ten-hour drive through numerous insurgent checkpoints.

The Taliban “assault Y loot”Said Rahima, a woman camping with hundreds of displaced people in a Kabul park after fleeing from Sibargan, one of the provincial cities captured by the Taliban. “If there is a girl or a widow in a family, they take her by force. We fled to protect our honor, “he said.

Farid, who left Kunduz, was desperate. “We are exhausted and our hearts darkened by life“, He said. Kunduz, which has marked the biggest victory for the Taliban so far, had regained his calm on Tuesday, according to inhabitants questioned by AFP.

The UN recorded at least 183 civilians killed and 1,181 injured in one month in the fighting in Lashkar Gah, Kandahar, Herat and Kunduz, according to the UN, which specified that these are only victims who could be documented.

“The EU works with the United Nations to respond to the demands for the displacement of half a million Afghans”, assured the representative of the European Commission, who fears a situation such as the migration crisis in 2015, during the war in Syria, which pushed about a million migrants to the European Union.

A soldier from the Afghan army (Photo: EFE)

In Iran there are 3 million Afghans, and their borders are still open. Pakistan for its part, which welcomes 3.5 million, requires a passport and a Pakistani visa to cross its borders.

See also  In the last survey, the Nation Alliance made a difference to the Palace Alliance!

“It is important to continue strengthening direct aid to these countries and to the organizations present on the ground that assist displaced people and refugees.”Said this senior EU official.

Six Member States (Germany, Austria, Belgium, the Netherlands, Denmark and Greece), asked Brussels to continue with the expulsions of Afghan migrants, at the request of Kabul to suspend them.

“We are facing a humanitarian drama, although far from a migration crisis“, he claimed. “Irregular arrivals of Afghan citizens to the EU are at a very low level, close to 4.000 people since the beginning of the year, a 25% less than in the same period of 2020 ”.

The Commission responded that “in the current context, Member States should not carry out forced return operations ”. The EU is going to propose issuing humanitarian visas to the Afghan collaborators of the Member States and to the people in danger.

Given the recent military victories of the insurgents, The United States activated its diplomacy, with a meeting of his emissary Zalmay Khalilzad with international representatives that began at the beginning of the afternoon in Doha (Qatar), with representatives of China, United Kingdom, Pakistan, Uzbekistan, United Nations and the European Union.

The Qatari city has hosted since September talks between the Afghan government and the Taliban agreed in the peace agreement signed in February 2020 between the insurgents and the United States., which provided for the withdrawal of foreign troops from Afghanistan.

These negotiations are in Deadpoint and taking advantage if the departure of American troops, the Taliban launched a strong offensive with which they were first made with vast rural areas, and now they target the cities.

See also  The admission score to universities has decreased in Russia

Though hopes are slim Zalmay Khalilzad “will urge the Taliban to cease their military offensive and negotiate a political agreement”the State Department said Monday night.

The withdrawal of international forces was decided by the US president Donald Trump. His successor Joe Biden delayed departure for a few months but US and foreign forces will have completed their withdrawal by the end of August.

The Biden administration has made it clear in recent weeks that the line will not change: will keep your “support for“To Kabul, but it is the Afghans who must decide their fate. “It’s about defending your country. It is their combat“Said Pentagon spokesman John Kirby.

The United States will continue to provide air and counterterrorism support to Afghanistan against the Taliban
China and Russia began military exercises with focus on Afghanistan
Xi Jinping and Vladimir Putin re-enact their alliance to deepen the “close cooperation” of China and Russia
China and Russia crouched: the silent ravages of the pandemic in Latin America