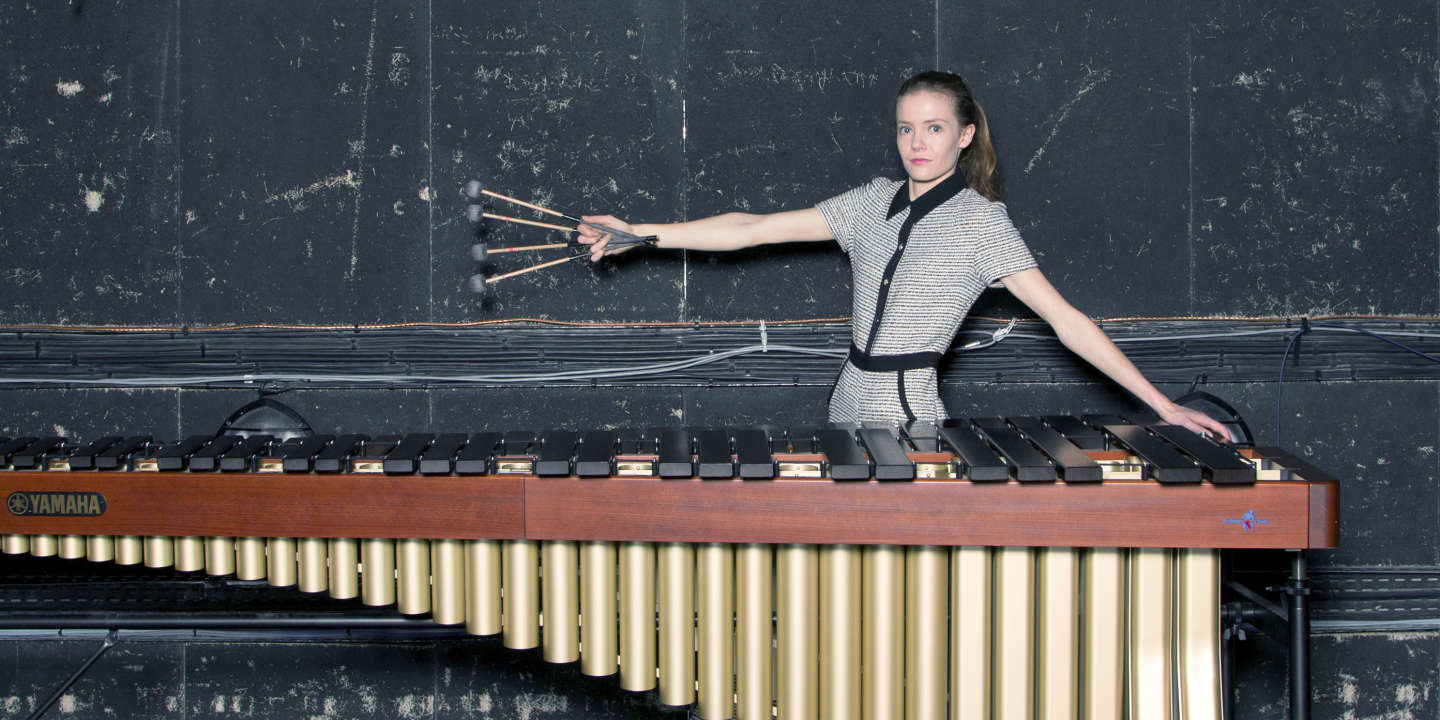 Adélaïde Ferrière, the woody song of the marimba

Adélaïde Ferrière opened her season with Play, successful ballet by Swedish choreographer Alexander Ekman performed at the Palais Garnier. She continued in December, on Radio France, with the French creation of Marsyas, rhapsody for trumpet, percussion and orchestra by Wolfgang Rihm, as part of the Autumn Festival. Timpani, snare drum, cymbals, tam-tam, celesta, gong, xylophone, bells, castanets, triangle and other toms and wood-blocks hold no secrets for the percussionist. But it is the marimba that has his preference. Obviously when you see this little warrior fairy twirling, four wands in hand, in the arrangement of the Libertango by Astor Piazzolla performed in 2017 at the Victoires de la musique classique, from which she took home the prize for revelation of the year in the “instrumental soloist” category.

Read also the report (2017): Women give voice to the victories of classical music

This important keyboard percussion – 2 meters long and five octaves -, composed of precious wood blades and metallic tubular resonators amplifying sound, brings together the rhythmic domain of his father, percussionist in the Dijon Bourgogne Orchestra, and the melodic and harmonic world of the mother’s piano. “These instruments complement and enrich each other, argues the young woman of 25, whose parents are both teachers at the conservatory of Dijon, the city where she was born. That’s why I wanted to study both. ”

What she will do from 8 to 15 years old, until obtaining her diplomas from Dijon, before focusing exclusively on percussion “For the diversity they offer, the scenic aspect, the sound impact”, embracing a musical career hoped for from her early years as an auditor. “I have fond memories of my childhood concerts. I was drawn to the stage, the world of music and entertainment. “

After the royal route at the National Conservatory of Music in Paris (in the class of Michel Cerutti), then a brief course at the Royal College of Music in London, the young woman naturally established herself in the reputed masculine world of percussionists. She tempers this image of Epinal, evokes her Bulgarian colleague Vassilena Serafimova and the duo that she forms with the jazz pianist Thomas Enhco, cites the example of the Japanese marimbist Keiko Abe, the Scottish Evelyn Glennie, whose deafness occurred at the adolescence did not prevent the career.

Adélaïde Ferrière: “Percussion is in no way a question of size or physical strength”