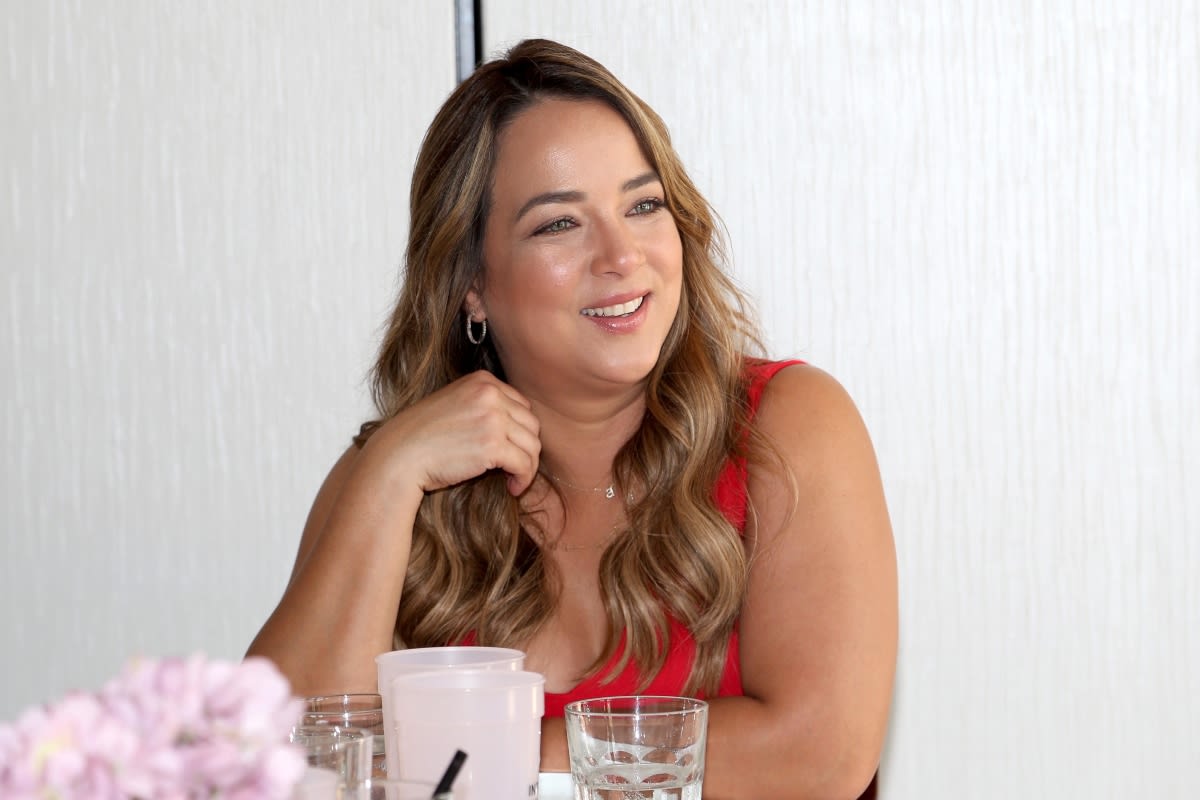 It was last Sunday that thousands of people in Cuba took to the streets to protest after months of crisis and restrictions due to the pandemic, and in Miami the support did not take long to arrive, but it seems that the Puerto Rican actress and host Adamari López was not aware of this situation and was harshly criticized.

Argentine journalist Javier Ceriani, host of the Chisme No Like program, shared on his social networks one of the Instagram stories of Toni Costa’s ex in which he said that he was going to a meeting late because of the traffic.

“Hello, hello, my beautiful people. Well, today with many activities to do, I was super on time for a meeting I had. It was 1:30, it’s 1:41 and I’m in the middle of traffic, I don’t know what’s going on, but they aren’t moving, I’m in Palmetto (Florida), does anyone know what’s going on? ”.

Without losing calm, and trying to maintain a good mood, Adamari López showed all the cars that were in the same situation, in addition to revealing that the police were about to pass: “But they are not moving, not at all.”

“Anyone who can do an ‘update’ around here?”

Now yes, with some frustration at not knowing what was happening, without imagining that there was a movement in Miami in support of the situation that is happening in Cuba, Adamari López asked in his live broadcast if there was someone to give him an update on what was happening at the time.

“I was telling them about the traffic that was stopped at the Palmetto and that I did not know what it was, it is a demonstration of the Cuban people in Miami demanding freedom for their people. They have seized the entire Palmetto and here they are demonstrating peacefully, but in the middle of the street, thus interrupting the traffic of one of the main avenues, “said the Puerto Rican without imagining the rain of criticism she would receive.

“How does that bother you?” They say to Adamari López

It didn’t take long for users to express their views after seeing the video of Adamari López stopped in the middle of the traffic: “Oh my God, how shameless, I no longer follow her. What a tough face, how does that bother him? “,” Ridiculous. Won’t you know? Interrupting traffic. You are Latina, you should support and not criticize that they took La Palmetto ”.

“She plays dumb, it is impossible for her to be oblivious to what is happening”, “My God, she works in television and did not know what was happening, God, these are the people who say they inform us on television”, “They leave her for something men, it is not for free! Something happens in her that falls bad ”.

“For what matters to her”

Although several people sided with Adamari López, saying that it was not necessary to take one of the main arteries of Miami to demonstrate in support of Cuba, others went with everything to the Puerto Rican actress and host.

“For what matters to her”, “She doesn’t even know where she is standing”, “Payasa, I didn’t have a cell phone to know”, “No wonder, I met her at an airport and she’s a bore”, “And just do you realize what she is like? Please “,” She lost weight and the conceited thing went up, poor insensitive old woman. “

They claim that Adamari López “lost the floor”

Finally, more people went further and that is how Adamari López expressed themselves: “She is more lost than the weeping girl’s daughter”, “Ridiculous, I can’t stand her”, “Why is it that she does everything possible to fall ill? Adamari totally lost the apartment ”.

“Is it serious that you want to make trouble for something? How not to start talking about something so delicate what the Cuban brothers go through. Because of people like this, this world is ending ”,“ Adamari, you better have been silent. With that comment and living in Miami, they will tell you everything “(TO WATCH THE VIDEO CLICK HERE).

A large group of protesters blocked a section of a major expressway in South Florida on Tuesday, in a sign of solidarity with the thousands of Cubans who staged protests over the weekend in the island nation.

The protesters gathered at a busy intersection in Miami to show their support for the Cubans who took to the streets of various towns on the Caribbean island on Sunday to express their discomfort over poor economic conditions, among other things.

“I am here to support young Cubans on the island”

A few miles away, hundreds of people gathered for hours Tuesday afternoon at a park to show their support. The peaceful crowd waved flags and cheered the efforts of the island’s protesters.

Flavia Pérez, 16, was brought to the United States at the age of 1. He joined the rally at Tamiami Park. “I am here to support young Cubans on the island so that they have the same opportunities that I have in the United States,” he said. South Florida is home to the largest Cuban-American population in the North American nation.

They demonstrated in Palmetto

Video footage taken from a helicopter for WTVJ television showed a group of Miami protesters marching onto the Palmetto Expressway, where several blocked traffic during the afternoon.

Meanwhile, the state governor, Ron DeSantis, held a panel discussion with elected officials, including members of the federal Congress, at the American Museum of the Cuban Diaspora. The roundtable was closed to reporters, but the governor and others reported during a subsequent press conference that Cuba’s street protests were about more than just a sign of discontent over the shortage of COVID-19 vaccines, food and other commodities.

They want a “free society”

“They are rebelling against a corrupt communist dictatorship that has ruled that island with a heavy hand for more than 60 years, which is responsible for death and destruction, not only on the island of Cuba, but actually throughout the Western Hemisphere,” DeSantis said. , adding that the protesters want a “free society.”

Last year, protests in the United States under the banner of the Black Lives Matter movement sought to draw attention to racial injustice in the country following the deaths of black people at the hands of the police. A few months ago, DeSantis enacted a law that increases penalties against protesters who turn violent, and introduces criminal penalties against those who organize protests that turn violent. DeSantis ruled out any similarities between the Black Lives Matter movement and Tuesday’s protesters.

Against the communist dictatorship of Cuba

“These are people who are rebelling against a communist dictatorship,” said the governor. He said the Miami protests were “fundamentally different from what we saw last summer.” DeSantis, who has been said to be considering running for president in 2024, declined to respond directly to how Democratic President Joe Biden’s government should approach events in Cuba, but reported that federal authorities should not settle for the government Cuban make small adjustments to quell the protests.

Republican Representative María Elvira Salazar, whose parents were Cuban exiles, said the community needs to persuade the Biden government to take a tough stance against the Cuban government. “We cannot negotiate with the regime at this time,” said Salazar (With information from AP). Filed Under: Adamari is criticized for not being aware of the demonstrations in Miami in support of Cuba