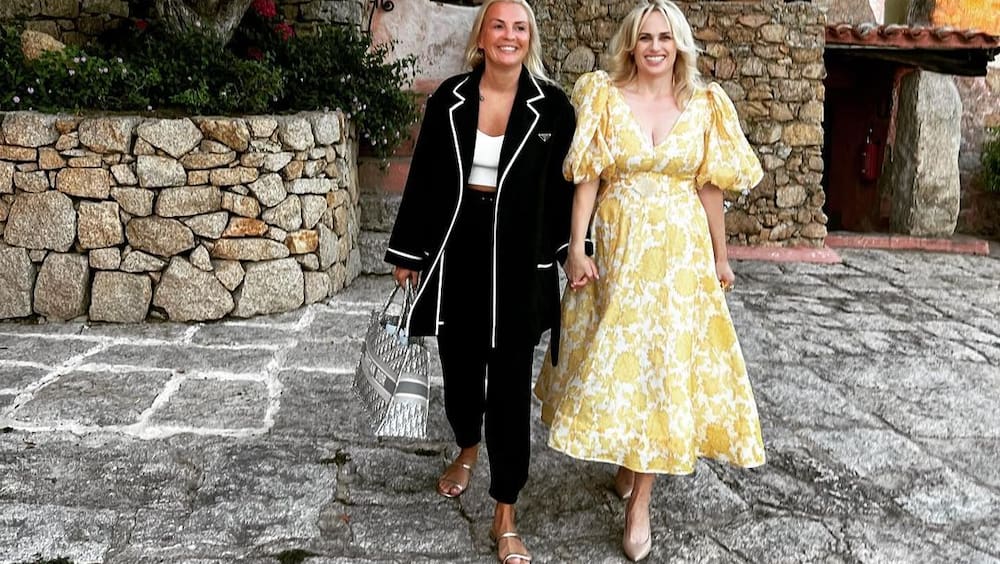 Carefree actress Rebel Wilson (42) turtles in Italy, which she likes to show her more than eleven million social media fans. The Australian shines next to her new love, fashion designer Ramona Agruma (38). They met each other through mutual friends. It’s only been a few days since Wilson made her outing public. “I’ve been looking for a Disney prince for all these years – all I needed was a Disney princess,” she writes about the first photo together. She also posted a rainbow emoji and the hashtag #loveislove – love is love.

In Bella Italia, the couple have a good time, for example on a boat trip or walking hand in hand in a picturesque alley. Wilson feels completely comfortable in her own skin. That was different for a long time. She made her Hollywood career as a chubby comedian. Comedies like “Glam Girls” or “Pitch Perfect” have made her famous.

Rebel Wilson wants to be a mother, so she lost weight

Two years ago, Wilson began to transform physically. The reason is her desire to become a healthy mother. Last year she had her eggs frozen. A fertility doctor motivated her to lose weight. Rebel Wilson told People magazine: “I was carrying a lot of excess weight around with me. Then I thought about the needs of a future child, which really inspired me to get healthier.” This is how she heralded the “Year of Health”, which continues to this day. She has now lost 35 kilos. She managed to do this with a conscious diet, lots of exercise and as many errands as possible on foot. She regularly documented her weight loss on Instagram.

There is no subject that is taboo for you. She doesn’t do that with her new love either. Although: The start was difficult. She was put under pressure by the Australian journalist of the “Sydney Morning Herald”. He wanted a statement on the new relationship within two days, otherwise he would come out without her will. This was a very delicate situation for Wilson, as she tweeted, but she forestalled him. The journalist is appropriately reprimanded for his project by the readership, who admires the fact that she writes and tells her own love story.

Multiple nervous disorders more common According to a study, Covid-19 increases the risk of Alzheimer’s 06/26/2022, 2:28 p.m Covid-19 was associated with nervous diseases early