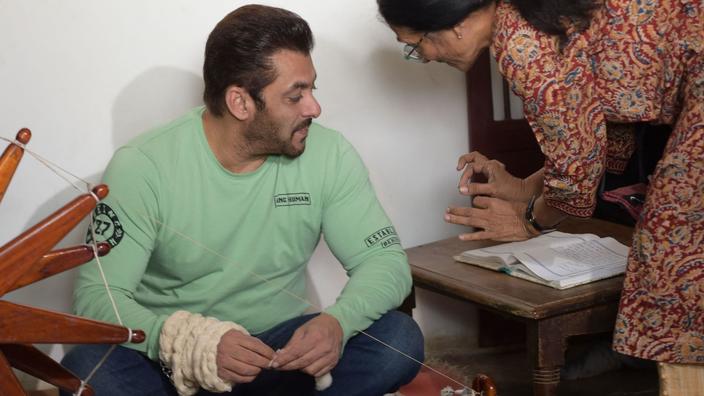 Bollywood star Salman Khan has spoken of surviving a snake bite. The 56-year-old Indian cinema bad boy, who is the object of a cult in his country, told reporters to have been bitten twice on Monday by a snake he was trying to chase from his country house near Bombay. Armed with a staff, “I picked up the snake gently and pulled it out and then it wrapped around the stick and started to climb upward“. The villagers immediately began to “shout “hospital, hospital, hospital”.» «There was so much commotion, the snake was a little poisonous, and it bit me again», He explains.

Once at the hospital, the actor received an anti-venom serum, before being kept for observation and coming out after six hours. Although controversial, Salman Khan is one of Bollywood’s biggest celebrities. He was convicted of the death of a homeless man who was hit while driving his car in 2002 before obtaining a resounding acquittal. In 2018, he was sentenced to five years in prison for illegally slaughtering protected animals twenty years ago, which he has always denied. Salman Khan claimed that the snake that caused the bite was released into the jungle.

See also  review who has sweet dreams on Netflix