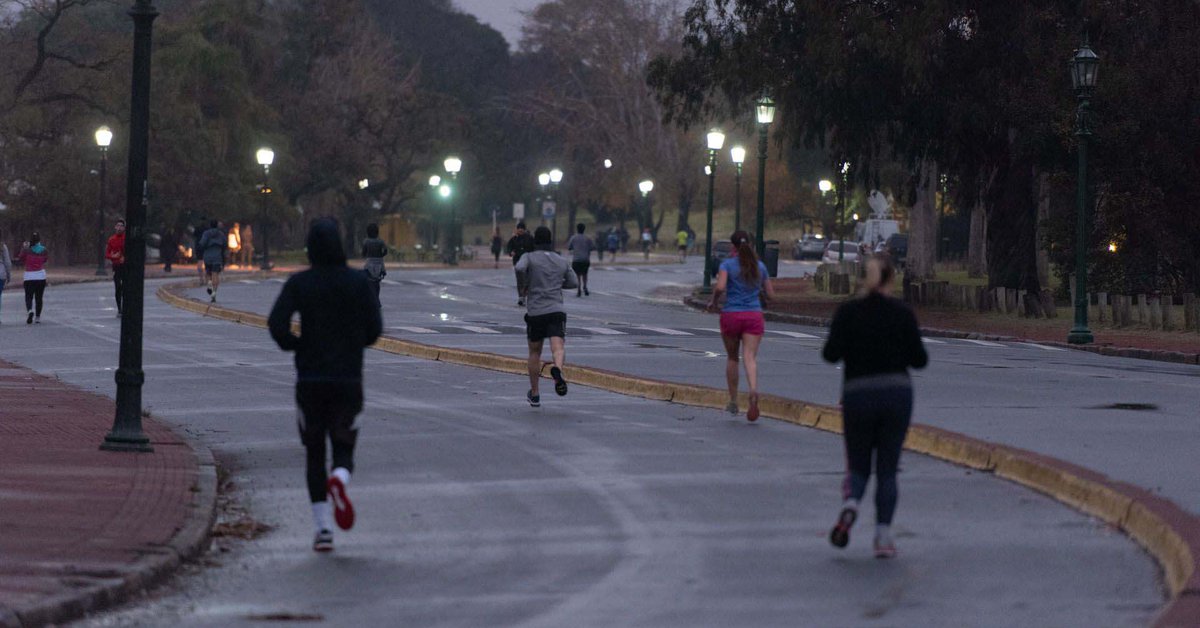 Exercising in the evening could have surprising health benefits, recent research suggested

Exercising during the first hours of the night improves the functioning of the metabolism and facilitates the control of blood sugar levels, according to new research.

Experts from the Australian Catholic University and the Norwegian University of Science and Technology studied the metabolic health of 24 inactive men who were at risk for type 2 diabetes and received a high-fat diet.

The scientists found that both morning and afternoon exercise improved cardiorespiratory fitness, but only workouts at the end of the day lowered glucose levels during the night shift.

According to lead researcher, exercise physiologist and physical therapist Trine Moholdt,the study findings are of particular importance to diabetics, who often have impaired glucose regulation.

Moholdt works with physical training as a therapeutic tool to prevent and treat cardiometabolic diseases and to improve fertility and pregnancy outcomes and is head of the Exercise, Cardiometabolic Health and Reproduction Research Group at the Norwegian University of Science and Technology (EXCAR).

Regarding the findings, he considered: “We found that exercising in the morning or evening induced similar improvements in cardiorespiratory fitness, but nighttime glycemic control only improved in the evening exercise group”.

According to lead researcher, exercise physiologist and physical therapist Trine Moholdt, the study findings are of particular importance to diabetics (Franco Fafasuli)

“The group that exercised early in the evening had lower nighttime glucose concentrations,” he explained, adding: “This is important because one of the things that people with type 2 diabetes experience is nighttime glucose spikes, so when they go to sleep, their glucose spikes and spikes at night. Our study was able to show that we could flatten those nighttime peaks and that’s a really important finding because not only were the glucose concentrations at night lower, the cholesterol was also lower. “

In the study, Dr Moholdt and her team of Norwegian researchers from the Department of Circulation and Medical Imaging at the Faculty of Medicine and Health Sciences recruited 24 inactive men, each between 30 and 45 years old and with body mass indexes of 27 to 35 (that is, overweight or obese), who received a high-fat diet for 11 consecutive days.

None of the participants were known to have type 2 diabetes or cardiovascular disease, but all were at risk of developing diabetes.

The volunteers were divided into three groupsThose who exercised in the morning, those who exercised at night, and those who did not exercise at all. “In five days, the metabolic benefits of night workouts over morning exercise became apparent”, Highlighted the team in the scientific paper, published in the journal Diabetología Springer Nature Switzerland, “With decreases in fasting blood glucose, insulin, cholesterol, triacylglycerol and LDL cholesterol that were only observed with the former.”

“This study suggests that nighttime exercise may be more beneficial for people with altered metabolism than the same exercise performed earlier in the day“, Concluded the physiologist and warned that” it is vital to point out that it is much more important that you continue exercising than what time of day you are doing it. “

Diabetes is a chronic disease that affects insulin production (A hormone produced by the pancreas that is responsible for eliminating sugar from the blood), and therefore produces excess sugar in the blood of people.

Among the risks of suffering from this disease, people with diabetes have two to three times more heart attacks and strokes than those without it.

Diabetes arises when the pancreas does not produce properly (Type 1 Diabetes) O well when the body does not use it effectively (Type 2 Diabetes) the insulin it makes, which is the hormone produced by the pancreas that is responsible for removing sugar from the blood). Sustained hyperglycemia (increased blood glucose) damages many organs and systems, especially nerves and blood vessels.

The Argentine Diabetes Society (SAD) warned of the increase in this disease that reaches more than 5 million people in Argentina, although being an underdiagnosed pathology, the figure could double, indicated from the health entity.

According to the latest Atlas made in 2019 by the International Diabetes Federation, by 2045 the number of affected will rise to 700 million. In Argentina, the prevalence of diabetes is 12.7% and continues to growAccording to the 4th National Survey of Risk Factors carried out by the National Directorate for Health Promotion and Control of Non-communicable Chronic Diseases, in 15 years diabetes increased by 50%. Likewise, there was an increase in the percentages of other factors that enhance the risk associated with the disease, such as obesity, excess weight, low physical activity and high blood pressure.

Although there is currently no effective and safe intervention to prevent type 1 diabetes, there is clear evidence that intervening early in lifestyle changes could prevent or delay the development of type 2 diabetes can be effective. In this sense, regular monitoring of risk factors for diabetes complications and early intervention result in reduced hospitalizations and better clinical outcomes.

Science revealed the best type of exercise to reverse the inactivity of the pandemic
Injuries and overexertion, the other side of exercising at home
Training Monday through Friday: a complete routine for physical activity at home