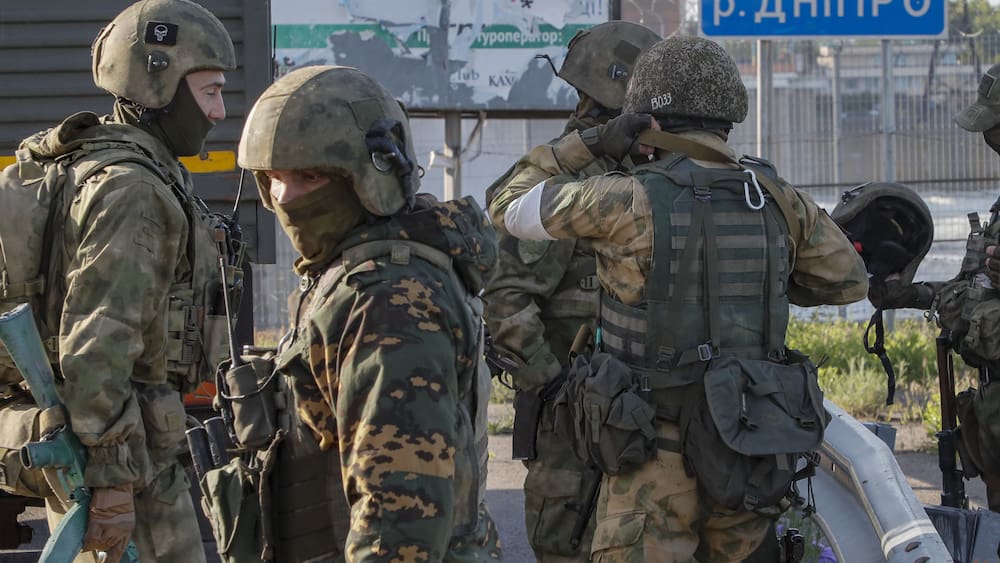 According to a secret report, Putin’s army is threatened with collapse

A confidential British report predicts a bleak future for the Russian army. According to the analysis, while the soldiers of President Vladimir Putin (69) are fighting a battle for the city of Sievjerodonetsk with the Ukrainian defenders in eastern Ukraine, Russian losses amount to 30,350 soldiers.

A high price that Putin apparently accepts for a small victory in eastern Ukraine. But now, according to the analysis, the Russian military is threatened with collapse. The report was written by a “leading UK analyst on Russia” and was seen by senior UK officials, the newspaper said «Mirror» writes who has the paper.

According to new figures, Russia has probably lost 207 fighter jets, 174 military helicopters, 1,349 tanks and 13 boats. The report mentions that Kremlin officials tried in vain to persuade Putin that his invasion was a disaster. But the Russian president still believes he can win a partial victory.

The analysis assumes that even a Russian failure in Ukraine will not result in Putin ordering a nuclear strike. But defeat would result in his dismissal. “Russia’s attempt to achieve a quick and decisive victory in Donbass has not yet succeeded,” writes the Russia analyst. Meanwhile, the Russian troops continued to advance and would gain one to two kilometers a day.

The Russian successes are mainly due to repeated and very costly infantry attacks, which would remind of the year 1945 and not 2022, it is said. The big question in this context: How much longer can the Russian army accept casualties?

Selenski: “We will do everything to stop the advance”

British Russia commentator Bruce Jones told The Mirror: “There has to be a point at which Russian forces can take no more casualties, a cut-off point. This would be the straw that broke the camel’s back because the units would no longer be able to function as a combat force because they are so depleted.”

Some analysts believe that the Ukrainian army can win and even push back Russia – after all, it has already managed to expel Putin’s soldiers from the greater Kyiv area. According to the observers, the reasons for this include the high motivation of the Ukrainian armed forces and the arms deliveries from the West.

In the eastern Ukrainian city of Sievjerodonetsk, the Ukrainian army is doing its best to defend itself. Ukrainian President Volodymyr Zelensky (44) says the Capture of Sieverodonetsk was fundamental for the occupiers. “We are doing everything we can to stop this advance.” However, Russian forces have already managed to penetrate the south-east and north-east of the city and take control of around half of the city. (noo)

See also  More than a million people in the parade expecting Day of the Dead in Mexico. See the pictures - Life