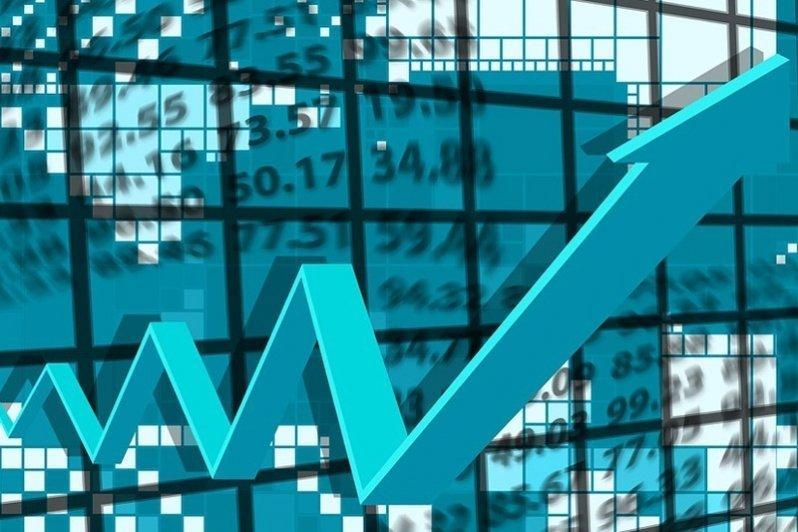 Accelerating growth in Morocco: what the World Bank is proposing

This report, whose work was completed at the end of November 2021, first takes stock of the current economic situation and issues forecasts for the year 2022. The World Bank thus estimates that Morocco has entered a phase of strong acceleration. The institution cites growth of 5.3% in 2021, based on forecasts from last fall. This forecast has been revised upwards and it is now 6.5 to 6.9%, which does not change the analysis, on the contrary.

The year 2021 was able to absorb the shock of 2020. This outstanding performance, as the World Bank calls it, is due to the successful management by the country of pandemic.

“Morocco is in the middle of the third wave, but its health indicators remain better than in most of the countries around it and in the world average. Internationally, Morocco stands out for having been particularly strict in terms of social distancing and for the success of its vaccination campaign. The “stringency index” (index developed by the University of Oxford to measure the level of restrictions applied by the countries, editor’s note) of Morocco is comparatively high, as is the progress of its vaccination campaign, two factors which help explain the recovery of the Moroccan economy, ”said Javier Diaz Cassou, senior economist of the World Bank for Morocco, in a round table organized on Wednesday January 12 in Rabat.

Another factor in this strong growth in 2021: the agricultural campaign. “The shocks on agricultural production linked to rainfall amplified both the recession in 2020 and the recovery in 2022. The oscillations were thus stronger than in the MENA region (Middle East and North Africa, editor’s note), too well in the recession than in the rebound. This is mainly explained by the agricultural shock of 2020, which was followed in 2021 by an exceptional agricultural year ”, explains the economist of the World Bank.

But according to him this recovery is not done in all harmony, since it remains “Asymmetric” with some sectors still heavily affected. He cites the example of tourism which has not yet recovered from the effects of the pandemic. Or the sector tertiary and the exporting sectors of services, who “are still struggling to regain their pre-pandemic level”.

Regarding macroeconomic balances, the World Bank economist notes that Morocco was able to manage the budget deficit well, which is expected to decline to 5.9% in 2021.

“The public finance situation is in the process of improving, with a relatively high level of debt (80%), but sustainable because its structure is solid. A marked recovery in public revenues allows the government to reduce its budget deficit, the authorities having mainly relied on the domestic markets to cover their financing needs, ”said the economist from the World Bank.

That being said, the other deficit, that of the current account, which improved in 2020 thanks in particular to the drop in imports and oil costs, is dissipating, notes Javier Diaz Cassou.

“The trade and current account deficit are widening again. The rise in energy prices and the collapse in tourism receipts had effects that exceeded the additional inflows generated by the good performance of manufacturing exports and workers’ remittances, leading to an increase in the country’s current account deficit. . But the comfortable level of foreign exchange reserves and the resilience of MRE transfers demonstrate the absence of pressure on the balance of payments », He emphasizes.

For 2022, the World Bank forecasts a growth rate of 3.2% for Morocco. A sort of return to normal after a year of rebound. “This is a forecast close to those issued by Moroccan institutions and to the average growth forecast in the region,” notes the World Bank economist.

This is the economic side. On the structural side, the World Bank has carried out a very thorough analytical exercise to challenge the objectives of the new development model, especially those linked to growth and job creation.

This model, as we know, aims to take Morocco to a new level of growth, up to 6% on average by 2035. How to get there and what are the reforms to be undertaken to get there: these are the two questions raised by the economists of the World Bank in this exercise.

A work which was based, according to the principal economist of the World Bank for Morocco, on different approaches: the analysis and the decomposition of the GDP growth in Morocco (identification of constraints), the comparison with aspirational benchmarks ( countries which double the GDP per capita of current Morocco), analysis of historical episodes of high growth in the world economy … All with simulation exercises that allow to see what are the factors that can accelerate the pace growth and job creation.

And the main diagnosis that emerges from this exercise is that Morocco is currently relying on the wrong lever to move to a new level of growth.

“During the 21st century, Morocco achieved a growth of 127% of its GDP (from 2000 to 2019), surpassing the MENA region in terms of growth. But the results are more mixed if we compare with all middle-income countries. Capital accumulation has been the main driver of this growth, contrasting with a low contribution of human capital and productivity. This growth of Morocco is mainly due to public investment. The investment rate in Morocco is 30%, it explains more than half of the growth achieved. In contrast, factor productivity contributes less than a quarter, which is very low. And there is a tendency for this factor to decrease in the contribution to growth. It is a worrying development. Because factor productivity is the main determinant of growth in the long term for a country, ”explains Javier Diaz Cassou.

Another factor that has not yet allowed Morocco to enter the court of high-growth countries: the weakness of human capital and skills, according to the economist of the World Bank.

“Human capital contributes 25% to growth, which is low, especially when we know that Morocco is in the midst of a demographic transition. This shows the difficulty of including young people and women in the labor market, ”he adds.

Doubling the pace of growth is not, however, impossible. Several countries have done so before Morocco and it is not late for the Kingdom, notes the economist, to move up a gear.

“Episodes of accelerating growth leading to a doubling of GDP per capita in 13 years have been rare, but not unprecedented internationally. In total, 40 countries experienced at least one high growth episode between 1980 and 2020. But there are big differences in the durability of these episodes, with 20 countries concentrating 87% of the cases ”, points out Javier Diaz Cassou.

Morocco could therefore achieve this, but in a more difficult way than the countries of the Benchmark taken by the World Bank, whose economic model is not based on the exploitation of natural resources (Albania, Bosnia and Herzegovina, Brazil, Colombia, Macedonia North). In question: the starting point of Morocco in relation to these countries.

“The current level of GDP per capita in Morocco is significantly higher (almost double) than that from which most of the countries which experienced a high growth episode started. It is a problem, because the more we have a GDP per capita population, the more difficult it is to accelerate this growth. This is what we call the middle income trap », Indicates the economist.

“Most high growth episodes are associated with a transition to a market economy, the end of an armed conflict, a commodity boom, a process of structural transition (case studies presented in the report: Bangladesh, India, Indonesia, Panama) or a reallocation of production factors towards high productivity sectors, which we have not yet seen in the case of Morocco. To trigger an episode of high growth, it will be necessary to strengthen the sectors with higher added value », Slice Javier Diaz Cassou.

“In the future, the Moroccan economy will have to diversify its sources of growth to continue to create jobs and reduce poverty. The new development model (NMD) notably provides for the implementation of large-scale reforms aimed at boosting private investment, stimulating innovation, including women in the labor market and increasing human capital ”, said Jesko Hentschel, director of operations for the Maghreb at the World Bank.

These levers cited by Mr. Hentschel are precisely the most impacting factors for the future of growth in Morocco, according to simulations made by economists at the World Bank.

The institution has based it on four scenarios:

1- The average growth of fixed capital converges towards the average of high growth episodes.

2- Productivity growth converges towards the average of high growth episodes.

3- The participation of women in the labor market achieves the objectives of the NMD.

4- The growth of the educational level per worker is accelerating by 10%.

Results of the races according to the principal economist for Morocco of the World Bank:

The simulation exercises thus generally suggest that to achieve the ambitions of the NMD, Morocco must diversify the sources of its economic growth.

“Growth increases by 2 percentage points of GDP per year in the productivity gains scenario, and the inclusion of women in the labor market could increase growth by 1.3 percentage points per year. In scenarios 3 and 4, Morocco achieves a growth that would be sufficient to double the GDP per capita in 2035. And a combination of all these measures could increase the level of growth to a very high level. But to materialize these efforts, the reforms undertaken must have a significant scope ”, underlines Javier Diaz Cassou.

To our question of whether the current government program, marked by a strong Keynesian imprint and which deviates a little from these recommended tracks, converges towards these objectives, the principal economist of the World Bank for Morocco says that he has “A more mixed vision”.

“The government is trying not to take away the fiscal stimulus introduced with the crisis. This is something that most countries are trying to do. Removing this stimulus early could slow recovery. The coming years will be tricky, because we have to find the right pace to consolidate budgetary balances without affecting the recovery. Having said that, I think that in the government’s program, there are a lot of announcements that go in the direction of the structural reforms that affect the offer. I believe there is a alignment between NMD and government program, including efforts to increase the level of jobs and boost growth by working on inclusion issues that limit growth in Morocco. In my opinion, there is a combination of approaches: a Keynesian budget support approach, but also measures acting on the supply which are carried for the moment by messages… ”, he answers us.

Link to the report: World Bank monitoring report on the economic situation in Morocco, Fall 2021: from recovery to acceleration