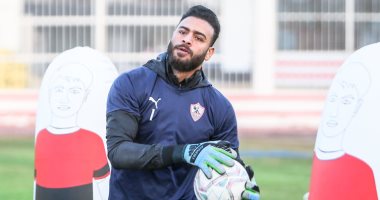 Mohamed Abu Jabal, the goalkeeper of Zamalek, refused to negotiate with some club representatives who asked to contract with him through some agents starting next season, after the end of his contract with Zamalek at the end of the current season.

Abu Jabal asked the clubs that requested a contract with him to wait until the clarity of vision regarding the position of Zamalek regarding the renewal out of respect for the club and its fans. .

On the other hand, the Zamalek administration asked the youth sector officials in the club to prepare a comprehensive report on the sector and the distinguished players in each team of different age groups.

The Zamalek administration will loan distinguished young players to teams in the Premier League to gain experience playing with the first team, while professional contracts will be made for distinguished talents who will continue in the sector or the first team.

On the other hand, Mustafa Sayed, father of Ahmed Sayed Zizou, the Zamalek player, confirmed that his son is committed to staying in Zamalek, which made his stardom and fame, stressing that Zizou does not deny the merit of Zamalek over him in his football career..

Zizou’s father said, in statements on Radio On Sport, that the player has not received his dues from Zamalek since last season, and despite this, he refuses to use the penalty clause against the club and is committed to staying if Zamalek rejects the offers that Zizou recently received..

Zizou’s father added that his son had received many European and Arab offers during the last period, but he would not leave except through Zamalek in appreciation of the club’s fans who made the name Ahmed Sayed Zizou.