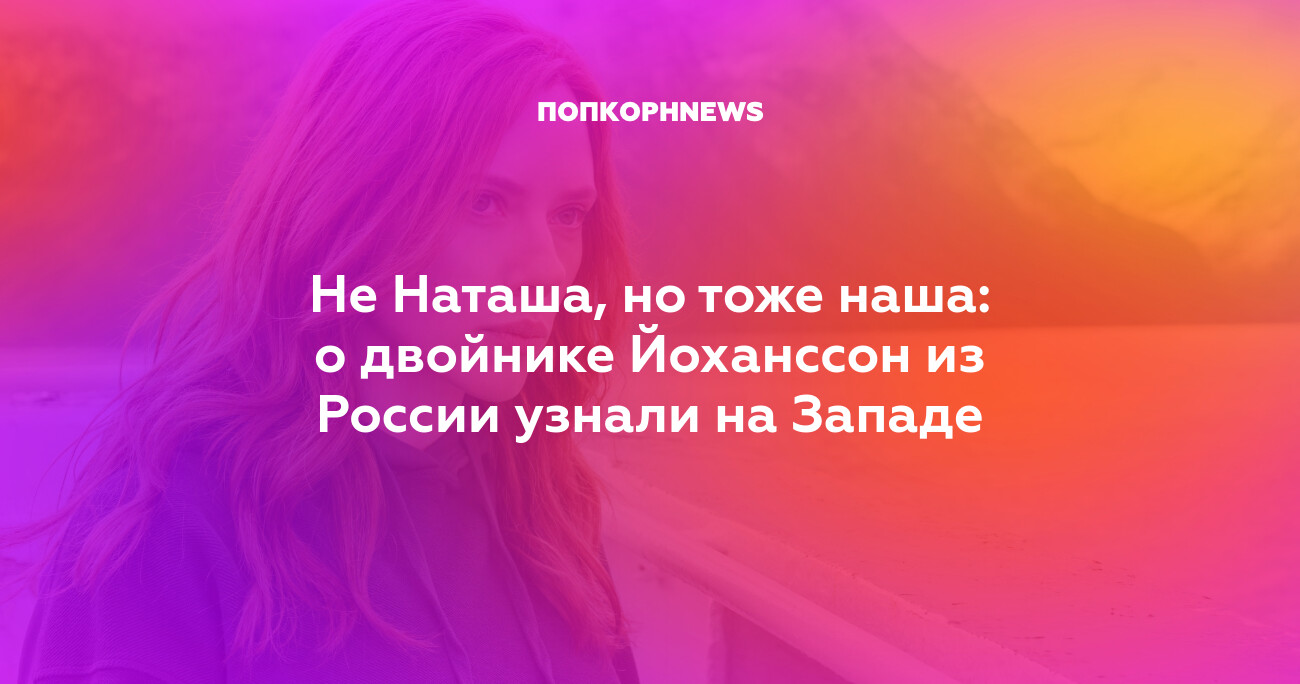 Some believed that the Black Widow star started TikTok.

An ordinary Russian girl named Ekaterina Shumskaya was able to become famous on the Web thanks to her incredible similarity with the American actress Scarlett Johansson. For her videos, Catherine changed into characters played by Johansson, including cosplaying the spy Natasha Romanoff.

Judging by the recent tiktok, the girl even went to the cinema for the premiere of a new film from Marvel in the guise of Black Widow.

All this brought the blogger 6.1 million subscribers and 72 million likes on TikTok, and recently the fame of her reached abroad. The American edition of Eonline wrote about Ekaterina Shumskaya. At this rate, Scarlett Johansson herself can learn about her double from Russia. True, it is unlikely that the actress now has time to visit TikTok.

Black Widow premiered recently, and the post-credits scene hinted that Scarlett’s character would appear in a multi-part spin-off. In addition, the sequel to the film “The Jungle Book” by director Jon Favreau, where Johansson will voice the python Kaa, is being prepared for release.