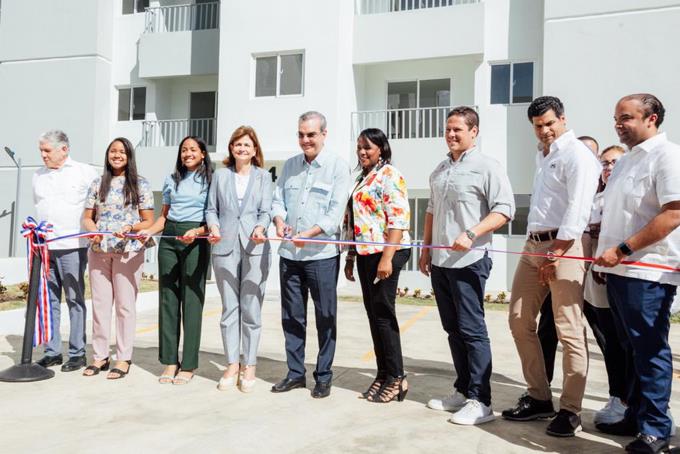 The President of the Republic, Luis Abinader, and the Minister of Housing and Buildings, Carlos Bonilla, delivered 50 new apartment units for the project.My Home la Barranquita” in Santiago de los Caballeros.

The project has a total of 136 apartments, developed on more than “10 thousand square meters combining playgrounds and recreation areas, exercise area and parking for their owners”.

According to a press release, the investment for the construction of these apartments had a cost of 313.797 million pesos.

“With the delivery of the first 50 apartments, we will change the lives of these families, who, thanks to the efforts of the central government, our allies and MIVED, will have a safe home, together with their loved ones, who will have a decent life have. life.” Minister Carlos Bonilla expressed during the delivery.

La Barranquita is part of the My Housing Planannounced by the central government, this initiative sees the construction of more than 7,400 apartments located between Santiago and Santo Domingo.

In addition to the La Barranquita project, in Santiago there is also Mi Vivienda Los Salados, while in the city of Santo Domingo Model City was developed, San Luis and Hato Nuevo, where 300 residential units were recently delivered.

During the delivery of the keys, the President and the Minister were accompanied by the Vice President of the Republic, Raquel Peña; the Administrative Minister of the Presidency, José Ignacio Paliza; the president of the Senate, Eduardo Estrella; the administrator of Banreservas, Samuel Pereyra Rojas; the governor of the province, Rosa Santos and the deputy for the province of Santiago, Francisco Díaz.