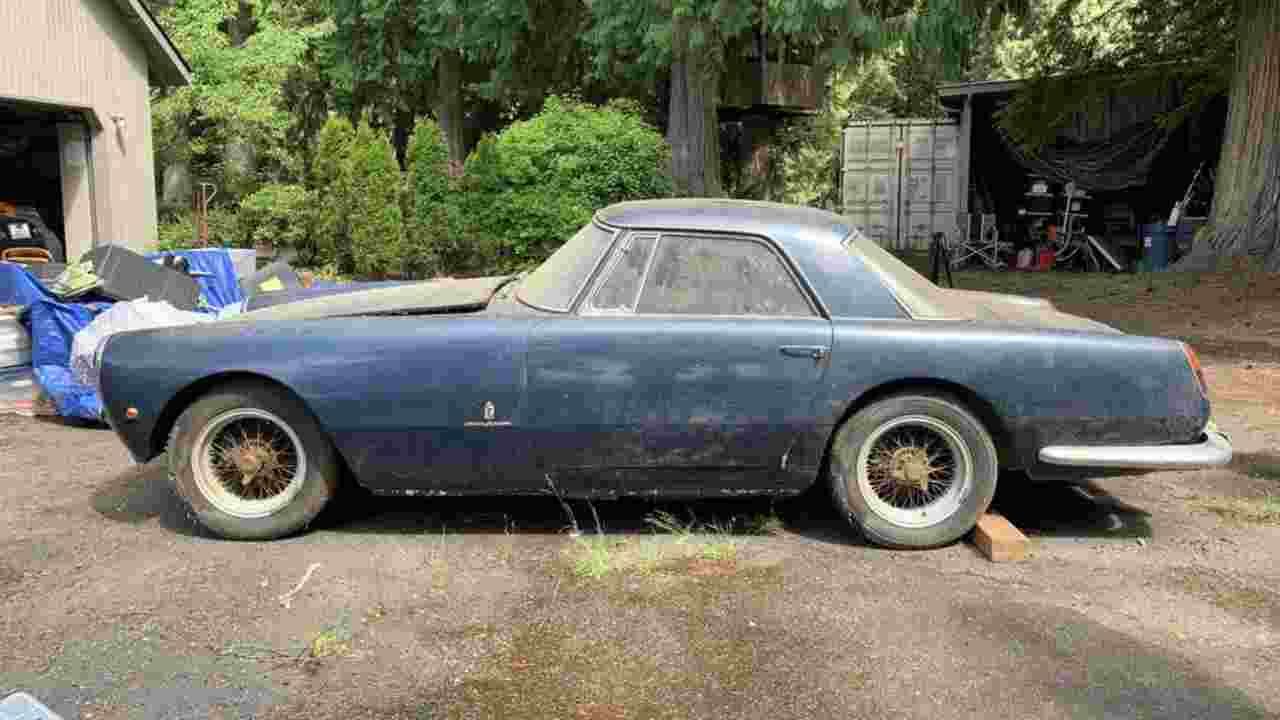 Abandoned for years in the garage, this Italian car is now worth a fortune and is up for sale

It has been under the same ownership since 1968 and has even been parked in the garage since 1971. But it is a truly valuable piece

A car from 1961. And what a car! It is an Italian brand known all over the world. Car that sat in a garage for decades collecting dust, but is now on sale and is ready to be back in great shape. If you are interested, go to the Hemmings sales portal and make an offer.

It has been under the same ownership since 1968 and has been parked in the garage since 1971. Originally born in the attractive and desirable Shell Gray with black leather. It is currently blue and retains its original black interior.

This is the first time the 1687 chassis has been released to the market in 54 years and could represent the last opportunity to own an unrestored one. Offered with copies of its original Italian registration documents. One of only 353 ever built and originally delivered new in Italy.

It was imported to the United States in 1966. Today it is a very valuable car that retains its integrity. Currently not working but according to the card on Hemmings it could be back on track with the right restoration.

The car for sale

This is a Ferrari 250 GT Coupé. It belongs to a family of cars built by Ferrari from 1952 to 1964. It was the most successful model among the first introduced by the car manufacturer of the prancing horse, and was developed in several series. It was replaced by the 275 GTB and 330.

Presented at the Paris Motor Show in 1954. About eighty were built in just over a year, and it was Ferrari’s first step in building cars for normal customers. It came from the 250 Europa, and there was the reappearance of the engine mounted on the 125 S powered with the usual three Weber brand carburetors and the 36 DCZ model.

Many of the 250s shared the same frame and wheelbase, and two versions were available. Almost all 250s shared the same engine, a V12 engine designed by Gioachino Colombo called the “Tipo 125”. A car that made school. Pininfarina updated the 250 GT with the “GT Lusso”. Eric Clapton owned one, and the specimen that belonged to Steve McQueen was auctioned on August 16, 2007 for $ 2.3 million.

As for the car for sale, the bodywork (obviously) is by Pininfarina. The 1961 Ferrari 250 GT Coupé is located in Astoria, United States. We find it for sale on the Hemmings portal at $ 367,500, that is, about 358 thousand euros.