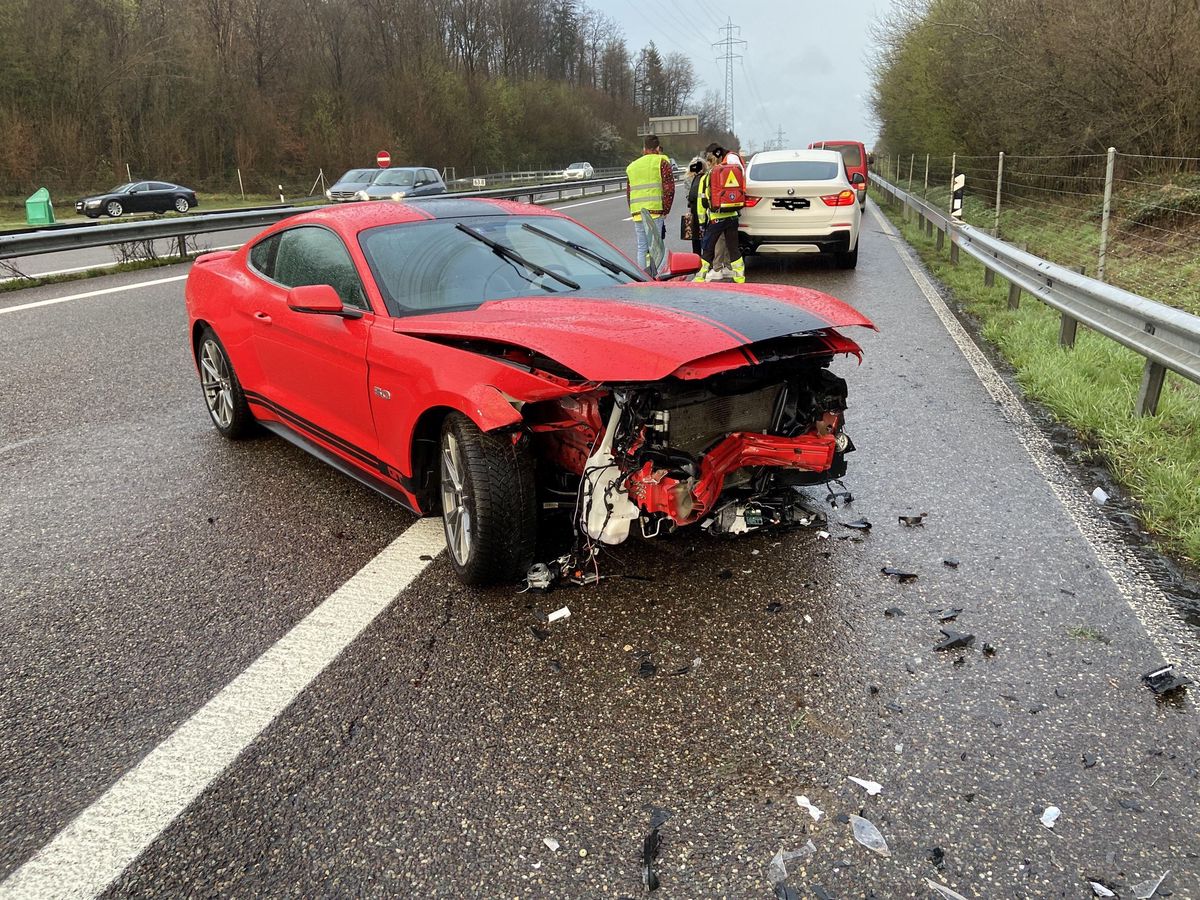 In heavy rain on Friday evening, a 25-year-old Italian lost control of his Ford Mustang on the A1 and threw himself across the lane into the guardrail. His wife and their small child were in the car – all were unharmed.

In the heavy rain on Friday evening, a driver with his Ford Mustang on the A1 from Oftringen towards Zurich skidded and crashed into the central and edge guardrail. This was announced by Kapo Aargau on Saturday.

The 25-year-old Italian from the Canton of Bern drove with his wife and small child in the sports car with well over 400 hp and a displacement of five liters from Oftringen in the direction of Zurich. Suddenly he lost control of his vehicle in the overtaking lane and crashed into the central barrier. The car then turned on its own axis and slid across the entire lane. He crashed into the side guard rail and finally came to a stop there.

Nobody got hurt. Despite everything, the toddler was taken to hospital as a precaution. Property damage of around 4,000 francs was incurred on the motorway facility. The Ford Mustang, on the other hand, was totaled.