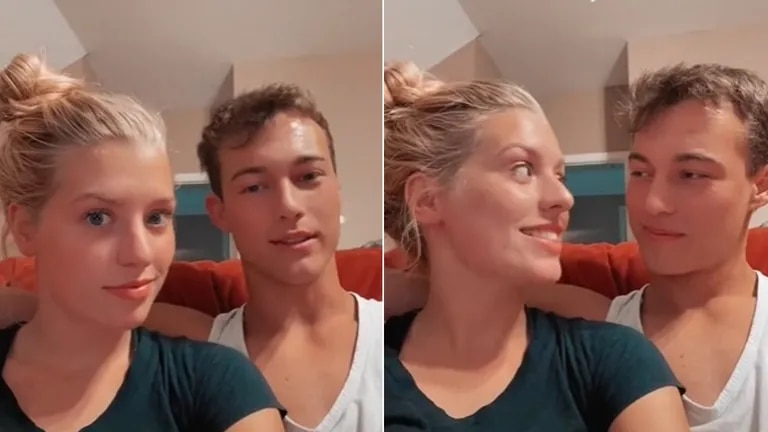 A young woman went viral after explaining why she does not kiss her boyfriend, with whom she has been in a relationship for two years

TikTok is not just a social network in which young people choreograph some popular song. Any user can find there the most diverse, exotic and at the same time interesting stories from another point in the world.

In this last week, a video about couple who leads a relationship in a very unique way and that for that reason generated controversy in the social network.

Kaytlin O’Neall, a young American influencer who has been dating her boyfriend Drew for two yearsbecame the protagonist of a viral video for the explanation he gave there of the decision they made as a couple: not to kiss.

This way of relating generated a lot of debate among his followers and generated a kind of crack between those who supported the decision and those who did not see the point.

The young woman, smiling in front of the camera and together with her boyfriend, began the video by asking him if he was gay, to which he replied no. Then she asked him if they were just friends and he said no again. Then Drew spoke up: “We were best friends and then we fell in love. Everything we do is to protect and hope for more in the future”, expressed the young man and finished: “I want to marry this woman.”

“For all the friends who ask. We love each other very much, but the fact that we do not kiss does not mean that our relationship is worth less”, specified the young woman and added: “For all those who ask if he is gay or if we are just friends, we want to say no and this is a shared decision.

The video was filled with likes and comments from TikTok users, including those who supported her decision and those who disapproved: “Girl, the way he looks at you makes me feel dizzy. I am very happy for both”, Said one user while many showed some disbelief: “Really?”, “That must take some self-control”, “You know you can kiss, it’s not the end of the world”, “Why?!” and “Ok, but what else do you guys do?”

In another of the videos, O’Neall continued to express his opinion in the face of repeated comments such as “if they don’t kiss or have romantic contact, they are just friends” or “friends without benefits”: “You don’t need to be in a relationship by the standards of what the world says your relationship should be. Without all this, it can be a happy, balanced and prosperous relationship, “he explained.

“I have always seen kisses as something very intimate and although I did not have the belief or the feeling that it was something that had to wait, I decided to do it”. In addition, the young woman explained that she has the desire to wait until marriage to kiss someone, then had a conversation with his best friend Drew, about his beliefs and convictions, before they became boyfriends. Although they did not make it clear when the big day will come, the couple feels comfortable with this lifestyle and has no problem sharing it with their followers.