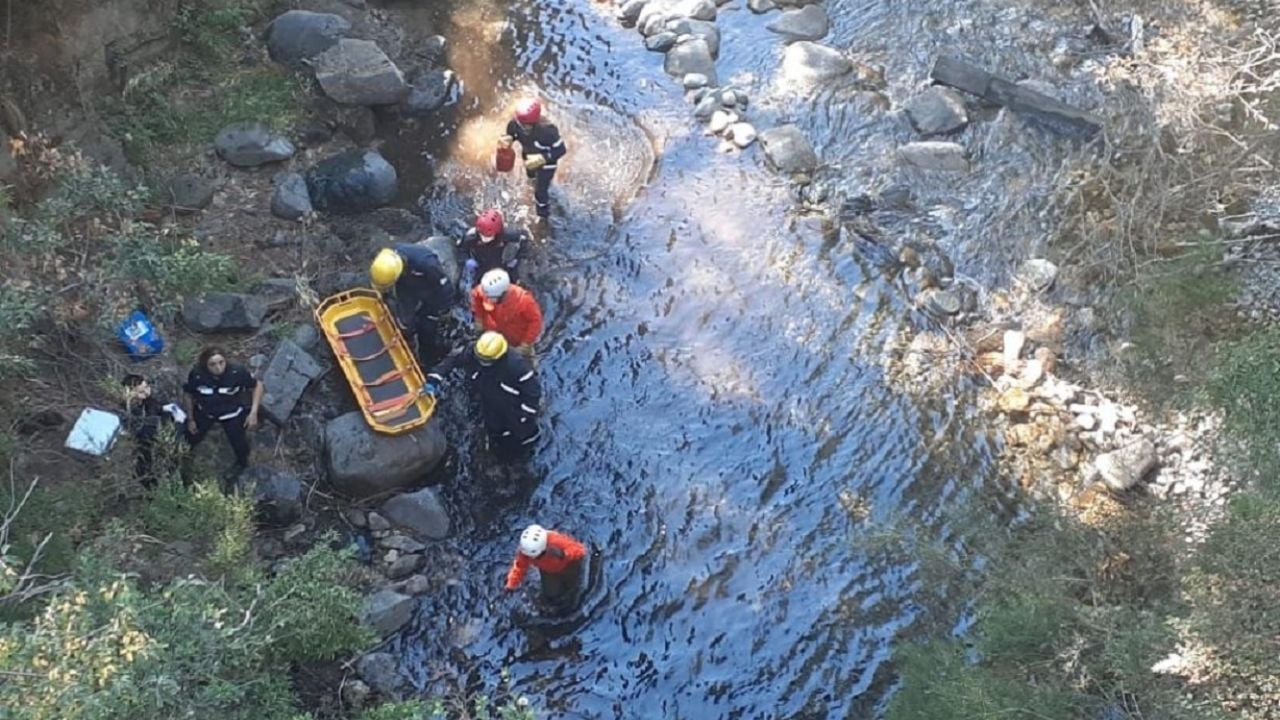 Members of that force and a neighbor who travel the coast of the arroyo they found the Body 80 centimeters deep, hooked on a branch in an area with difficult access, and about 50 meters from the bridge from which the young woman had fallen, the head of the Prefecture in Bariloche, Miguel Curual, confirmed to the Rio Negro newspaper.

Relatives of the victim They were in the place waiting for news of the search which resumed this morning and received the news of the body finding.

This morning, Chief Prosecutor Betiana Cendn said that no hypotheses about the reasons that may have led to the fatal outcome.

Cendn clarified that only the couple was an eyewitness and there are subsequent witnesses who he asked for assistance. The man gave notice to the people of the camping attached to the place and they notified the police, and reiterated: “Apparently she wanted to take a photo; It is the version that the Lord gave to the Police, until we determine the situation of this person the prosecutor could not take a testimonial statement. “

The operation of search It started at 18 o’clock yesterday and the Prefecture participated with divers and a boat. Ground tasks were also carried out with police personnel and firefighters from Ruca Cura.