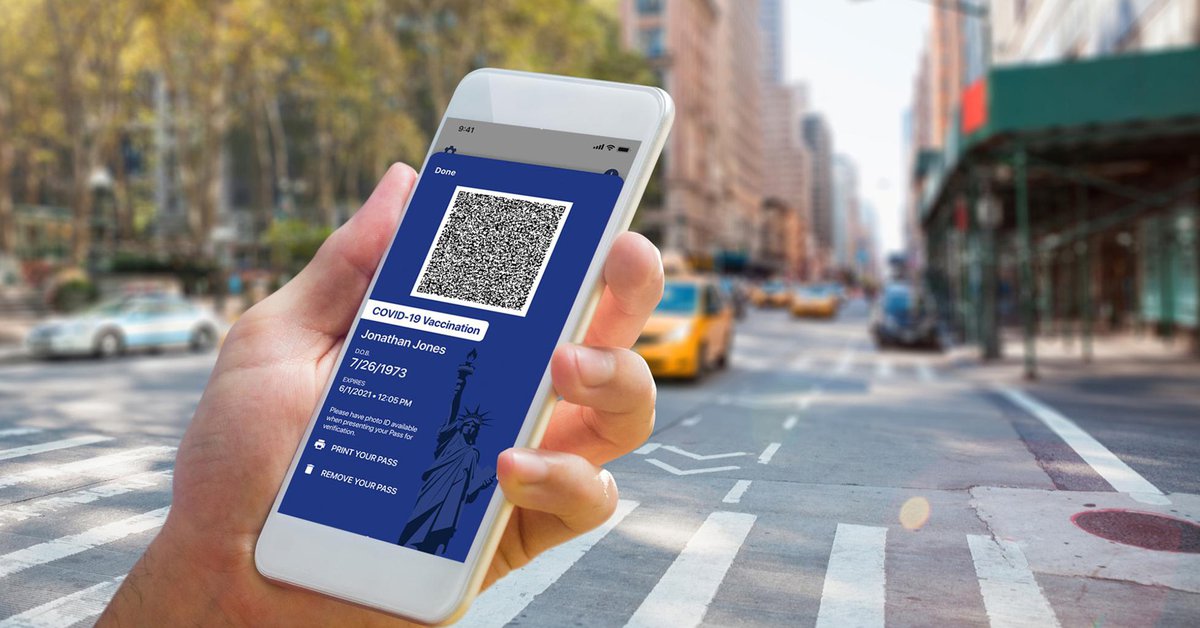 New York state prosecutors indicted 15 people for allegedly being part of a network that delivered false certificates of vaccination against COVID-19, led by a woman known as “AntiVaxMomma.”

Jasmine Clifford, 31, originally from New Jersey, is accused of selling about 250 false vaccination cards through her Instagram account @AntiVaxMomma, the Manhattan prosecutor’s office said in a statement.

As of May of this year, Clifford, who describes herself as a multi-line entrepreneur, allegedly charged $ 200 for the fake vaccination cards.

Clifford also conspired with 27-year-old Nadayza Barkley to fraudulently enter the names of at least 10 people into the New York vaccine database., for which he charged $ 250 more, according to the investigating body.

New York State’s “Excelsior Pass” state initiative provides digital proof of vaccination by means of a unique QR code that users download to their phone through an app.

Barkley was charged along with 13 people who allegedly bought the cards. All presumably hospital and nursing home workers.

“We need companies like Facebook … to prevent the occurrence of fraud on their platforms,” ​​said Manhattan District Attorney Cyrus Vance. “Making, selling and buying fake vaccination passes is a serious crime with consequences for public health.”, He added.

The arrests come as states tighten vaccination requirements to slow the advance of the Delta variant.

Critics say that vaccination vouchers are very easy to falsify. US Customs noted on August 13 that its officers in Memphis have seized more than 3,000 bogus vaccination cards this year.

For its part, New York City implemented the requirement for proof of vaccination to enter enclosed public spaces such as restaurants, gyms, plays, among others. The measure seeks to increase the vaccination rate in the metropolis, and It goes into full effect in mid-September, when the school year begins and more workers are expected to return to the Manhattan offices.

The initiative, called “Key to NYC Pass, is similar to the programs established in France and Italy and which sparked strong protests against the government. There is no specific pass. Residents must prove that they are immunized by showing their vaccination card or the one they have on their cell phone.

The initiative of the city of New York, called “Key to NYC Pass, is similar to the programs established in France and Italy and which sparked strong protests against the government (REUTERS / Caitlin Ochs)

What’s more, all teachers and other public school employees of the city of New York they will have to be vaccinated against the coronavirus, as reported by authorities last week, as the largest school system in the country prepares for the start of classes next month.

The city had previously said that teachers, like other city employees, would need to be vaccinated or tested weekly for the virus. The new policy marks the first vaccination mandate for workers in the most populous city in the country.

See also  "A cold snap is expected." Forecasters explained why the temperature in the Perm Territory is lower than in neighboring regions

Meanwhile, New York State announced this month that workers in hospitals and nursing homes would have to be vaccinated, that is why the alleged buyers of the fake vaccination cards are workers in these areas.

With information from AFP and AP

New York will have a health pass for vaccinated in restaurants, gyms and other closed spaces
The challenges faced by employers in the US to get workers vaccinated