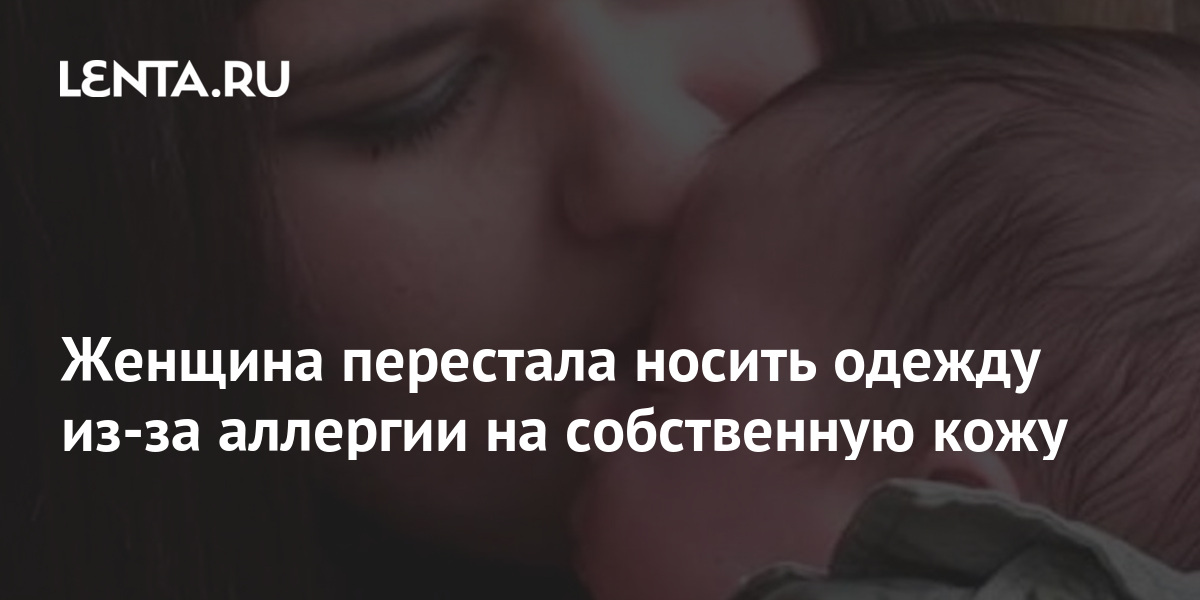 A woman stopped wearing clothes because of an allergy to her own skin: Anomalies: From life: Lenta.ru

A resident of the American state of Kentucky spoke about a rare disease that manifested itself during her pregnancy. Reported by the Daily Mail.

In 2010, Ashton Brown, then 22 years old, was pregnant. During the third trimester, she began to suffer from severe itching. The woman’s dermatologist diagnosed her with pemphigoid pregnancy, a rare autoimmune disease that she said was caused by an allergy to her own skin. “I was my obstetrician’s first patient with this disease in 30 years,” she says.

These people are killed by the rays of the sun. They hide from the light and go outside after sunset

Brown recalls that the fabric of her clothes stuck to the oozing blisters that covered her body and then came off along with the skin. Because of this, the woman stopped wearing ordinary clothes and got along with hospital gowns, with which such a problem did not arise.

After giving birth, the disease receded, but did not completely disappear. Although more than ten years have passed since the first attack, Brown reappears with stress or hormonal changes.

Earlier it became known that a resident of the Indian state of Rajasthan sleeps 300 days a year due to a rare disease. He was diagnosed with a rare chronic neurological disorder called hypersomnia.