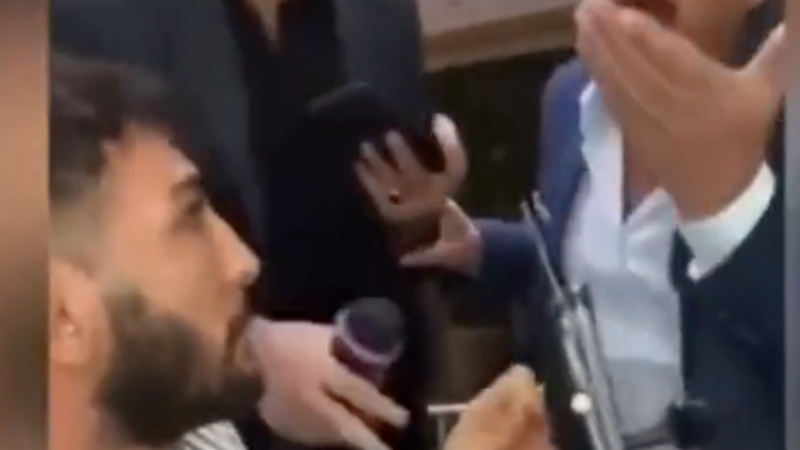 A ‘Why Didn’t You Play’ Beaten on a Musician in Gaziantep! Statement from the Gaziantep Governor’s Office… – Olay Medya

Allegedly, the musician was attacked for playing Kurdish music. HDP Gaziantep Deputy Mahmut Toğrul reacted to the incident and demanded Gaziantep Governor Davut Gül to take action against the attacker.

Gaziantep Governorship, on the other hand, said in a statement, “The malicious posts about a racist attack do not reflect the truth.” it was said.

HDP Gaziantep Deputy Mahmut Toğrul shared the images on his personal Twitter account and said, “This racist attack is claimed to have taken place in Gaziantep. This incident does not suit Gaziantep, where differences live together, and cannot be tolerated. We expect the Governor of Gaziantep, @gul_davut, to immediately initiate the necessary action against the attackers.”

Due to the posts on social media, Gaziantep Governorship made a statement on the subject.

Here is that explanation:
In some social media channels, images of a person being beaten by another person while playing saz were shared at a wedding in İslahiye district of our city. There was a need to make a statement on the subject after the posts in the form of “racist attack”.

In the incident that took place on October 18, 2021 at the Atatürk Neighborhood Kanaat Wedding Hall in İslahiye district; While Erdal Erdoğan was a musician in the hall, HK, a relative of the wedding owner, came to him and asked him to play a piece. When Erdal Erdoğan said that he would play the song a little later, he was beaten by HK and his instrument was broken. The police teams at the scene intervened and prevented its growth.

After the incident, an investigation was initiated and the judicial process continues.

The wedding started at 17.00 and Kurdish music was played and sung until 22.30 when the event took place. In this context, malicious posts about the incident as a racist attack originating from Kurdish music do not reflect the truth.

It is announced to the public with respect.