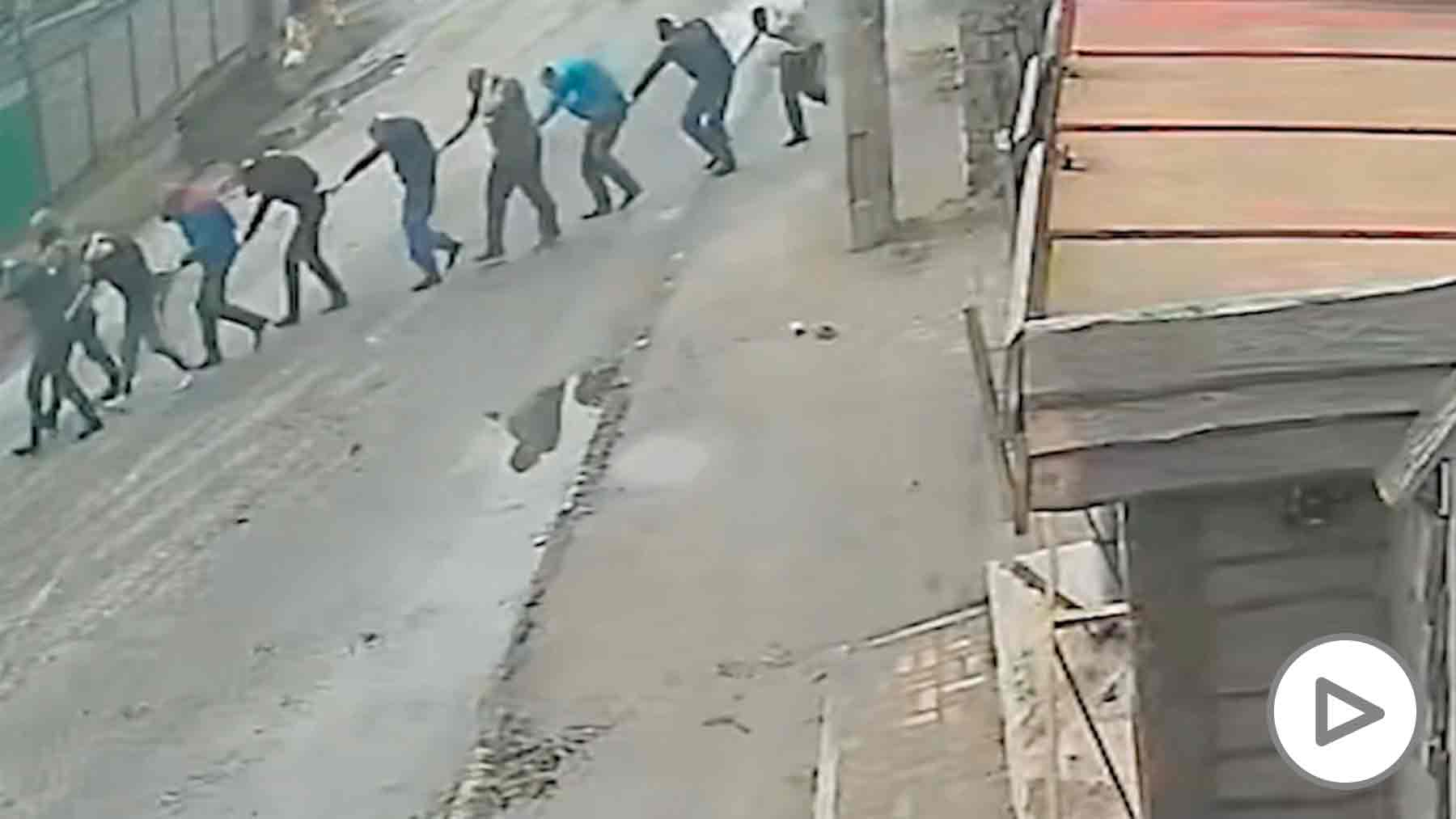 the atrocities of the invasion in Ukraine by the Russian army has been known thanks to international media and the government itself, but this Friday a further step has been taken, when a video was released showing the horror that has been experienced in the cities taken by the troops of Vladimir Putin. In the images you can see how Russian paratroopers lead a group of Ukrainians at gunpoint through the streets of Bucha, Kyiv neighborhood. The captives are totally subdued, as they find themselves bent over and holding each other by belts and their own hands.

“Walk to the right, bitch”, orders one of the soldiers. The hostages are lying against the fence,” says the person recording the video. And she counts: “One, two, three, sure… four, five, six…”. In total, there are nine people held.

The images have been released by The New York Times and show soldiers being herded behind a nearby office building that the Russians had turned into a makeshift base. There were shots. The captives did not come out. the recordings They were taken by video surveillance cameras, although some neighbors have also taken a sample of Russian cruelty.

This video has been released the same week that the Ukrainian Prosecutor’s Office has requested this Thursday life imprisonment for Vadim Shishimarinthe first Russian military accused of war crimes, before the kyiv court in which the process has been taking place since last May 13.

I ask the court to find guilty Shishimarin dthe crime and sentence him to life imprisonment, “said the prosecutor before the Solomianski District Court of kyiv, reports the Ukrinform agency.

Solomianski is charged with the murder of an unarmed civilian, Alexander Shelipov, 62, in the Sumi region. According to the investigation, in his flight from the Ukrainian forces, he and three other Russian soldiers shot at a civilian vehicle, which they seized and with which they reached the town of Chupajivka.

The accused, 21 years old, He would have shot Shelipov on February 28 when he was riding his bicycle on the side of a road in this village. Facts of which he has pleaded guilty this Wednesday, May 18.