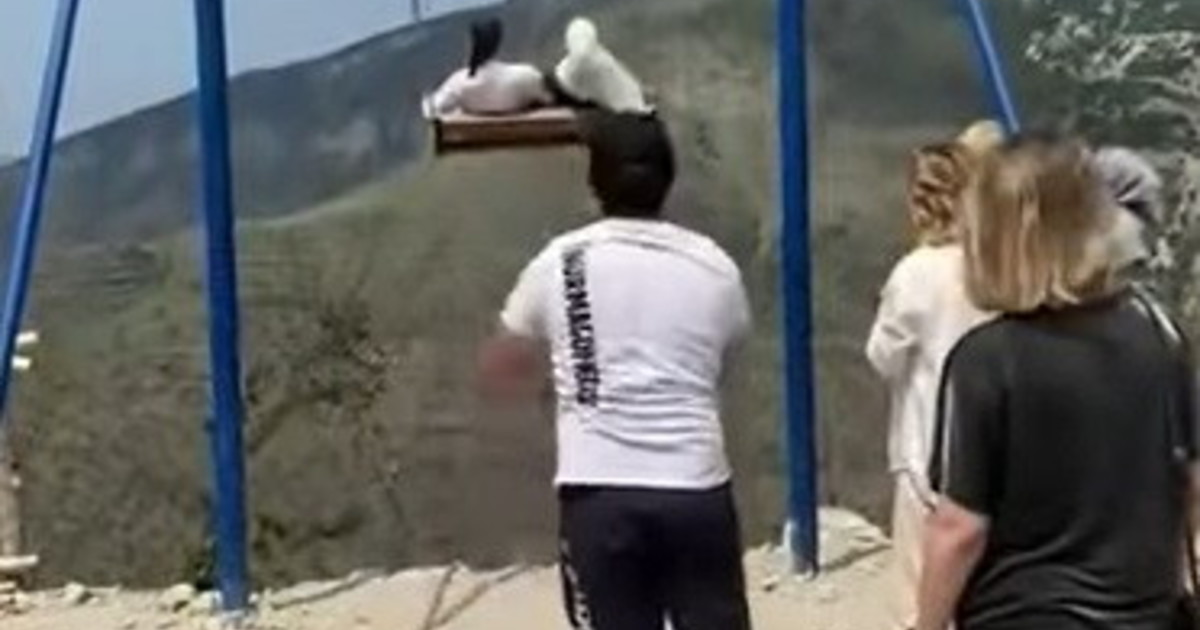 Images that put the chills, those that come from Wet Canyon, in the Russian Republic of Dagestan, on the Caspian Sea. Two women were taking a ride on the swing, the attraction of the place positioned at the edge of a 2 thousand meter high cliff, when a chain is broken. The seat thus overturned just as the two women were approaching the edge of the precipice.

Miraculously, the two women managed to escape thanks to a small wooden platform positioned just below the summit of the cliff. As reported Dagospia, which relaunches the news of the Daily Mail, they only came out with a few bruises and, of course, terrified.

Police are now investigating the safety of several canyon swings that were built near the village of Zubutli, where the accident occurred. “The girls got scared and got scratches, but none of them were seriously injured,” a source told the local newspaper. Komsomolskaya Pravda. And again, the same source added: “It is chilling to imagine what could have happened if they slipped when the swings were at their maximum height. “

The Sulak Gorge is deeper than the Grand Canyon in the United States and described as the deepest canyon in Europe. After what happened, the Dagestan Ministry of Tourism said that the swing in question “did not meet safety standards”. And the images you can see below are there to prove it …