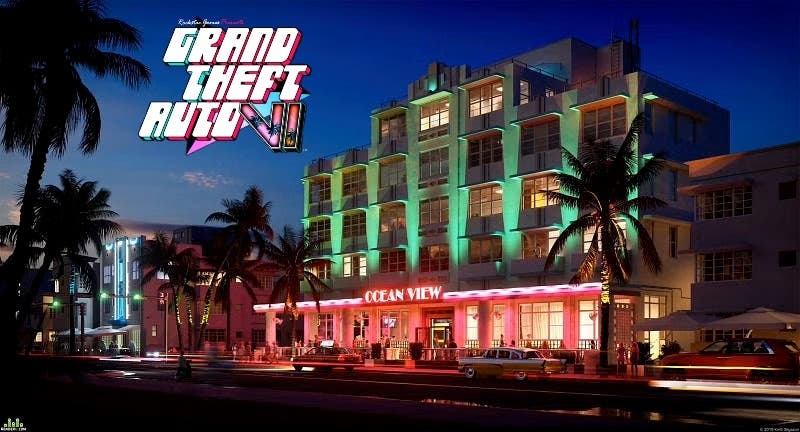 These weeks have been non-stop in terms of rumors and alleged leaks about Grand Theft Auto VI, the new and long-awaited installment that Rockstar Games is already developing. Much of what is happening has come from the great Leak of GTA VI details by the well-known and reputed journalist Jason Schreierwhich practically confirmed Vice City as the main city, a woman from Latin America as one of the protagonists and a launch window between March 2023 and April 2024, among other details.

Although, all the fans are looking forward to the gta vi announcement, which various sources have already declared would take place at the end of this year. So while we dream of that moment, now a small fragment of the GTA VI trailer would have been leaked. As published newsleaksgtas via Twitter, we would already have the first look in a few seconds of what we will have in the GTA VI teaser trailer.

In the first GTA V trailer we could already see a plane passing over the Vinewood sign, something that seems to be repeated in some way by Rockstar Games with the GTA VI trailer. As the user comments, the images of the plane in the supposed new GTA VI trailer appeared during the trailer for CircoLoco Records, a music company owned by Rockstar. Obviously, until we see the first trailer, this video fragment will have to be taken with care.

See also  With extraordinary specifications.. "Realme" announces the launch of its thinnest version "Realme 9i 5G"