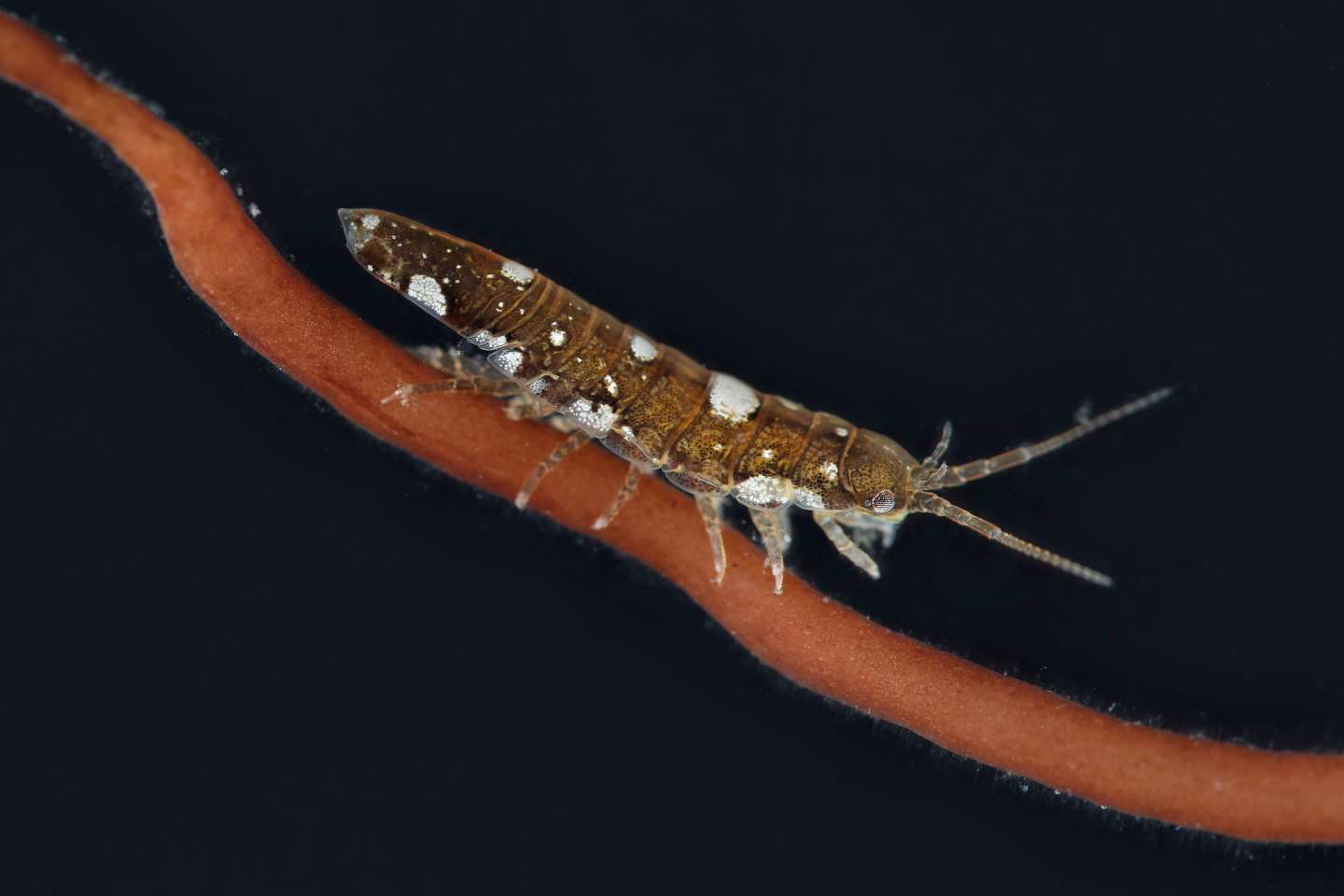 A small crustacean upsets the history of pollination

Until now, the idotée populated our coasts in relative indifference. This small red crustacean, from the family of isopods, displaying less than 2 centimeters in length, only interested a few marine biologists across the planet. That time is over. The publication, Thursday, July 26, of an article by a French team, in the review Science, promises to make it change category and to give it the evocative nickname “bee of the seas”. Researchers at the Roscoff biological station, associated with Chilean and German laboratories, have just shown that the crustacean ensures the pollination of the gracilaires by transporting the male gametes of this red algae to the female gametes. If this mode of reproduction is usual in flowering plants, it remained until now unknown among algae.

Coordinator of the study, Myriam Valero had the intuition for a long time. It has been almost thirty years since the marine biologist studies, from every angle – from cartography to genetic analysis – these very widespread red spaghetti, attached to the rocks by a fixing disk. With a question “recurring” : “How did the male and female gametes come into contact? » Because, behind their identical appearance, the gracilars are differentiated between male and female individuals. If the former release their gametes to reproduce, the latter jealously guard theirs. An additional obstacle, the spermatia of red algae do not have cilia to move. “The dogma of marine biology wanted fertilization to take place by the movement of water alone.explained Myriam Valero. I had doubts. We knew that the gracilaires were covered with idotées and that the latter passed from one algae to another. There was no reason for them not to play a role. »

As part of her thesis, her student Emma Lavaut therefore undertook to demonstrate this. First, by comparing, in the laboratory, the reproductive success of mixed populations of gracilaires with or without crustaceans. The result was spectacular with up to twenty times more fertilization in the presence of idotées. “But maybe they were just moving water?” », objects the young researcher, following scientific reasoning. The experiment was therefore repeated, in two stages: the idotées were placed among male algae, then immersed again in the middle of females. reproductive success has not been denied. “And if it was the experimenter who, by his manipulation, transported the spermatia? », continues the doctoral student. The same gestures were made, but without crustaceans. And fertilization turned out “negligible”.

You have 45.16% of this article left to read. The following is for subscribers only.