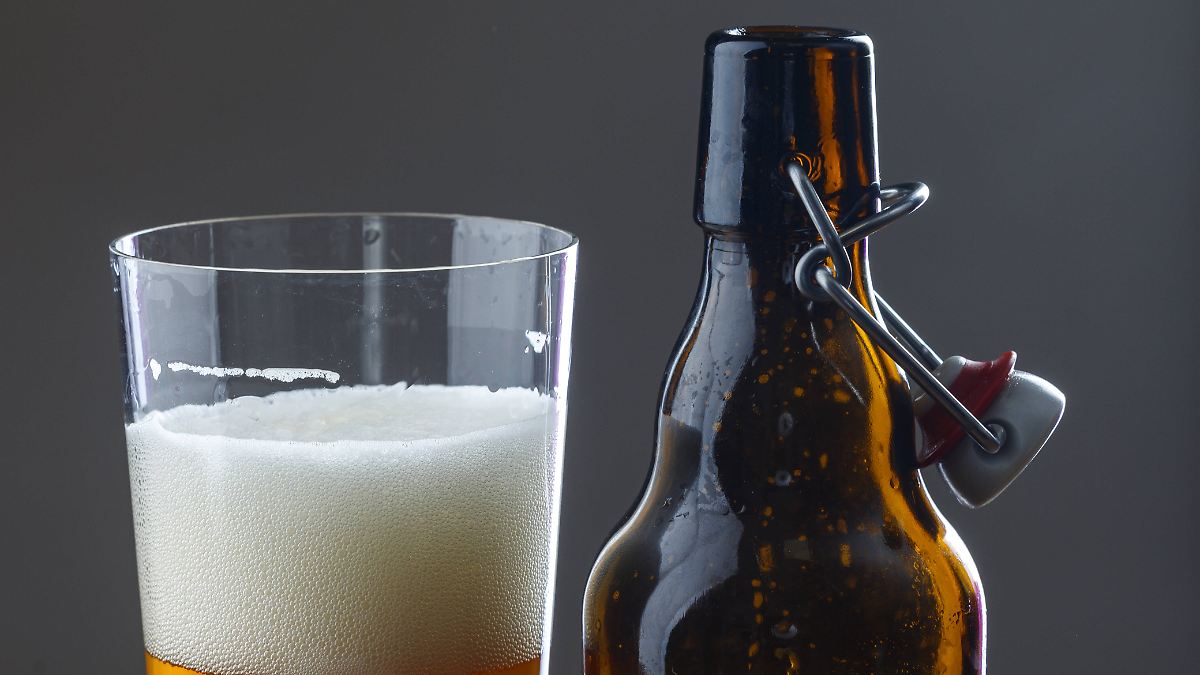 A small bottle a day: beer affects the intestinal flora of men

A diverse composition of bacteria in the intestine is the best basis for maintaining health. Lager beer could help with that, regardless of whether it contains alcohol or not.

Drinking a small bottle of beer every day can have a positive effect on the intestinal flora, also known as the intestinal microbiome, in men. This is the result of a study by researchers from Portugal.

22 healthy men were recruited for the small pilot study. Half of the subjects drank a 0.33-liter bottle of 5.2% alcohol lager beer every day after dinner for four weeks. The subjects of the other group received the small bottle of non-alcoholic lager beer for the same period of time.

Before and after the four-week beer consumption, the test persons’ intestinal flora was examined and important health parameters such as the body mass index (BMI) or so-called serum markers for heart health were determined. The research group found a more diverse microbiome in the subjects in both groups after drinking beer for science. At the same time, beer consumption had no negative effects on the weight, metabolism or heart health of the study participants, the researchers write in the publication in the “Journal of Agricultural and Food Chemistry”.

Strengthening of the intestinal barrier

The team was able to see that both non-alcoholic and alcoholic lager increased the diversity of bacterial species in the gut. These were types of bacteria associated with beneficial health effects, such as gut barrier function.

The researchers are currently unable to explain exactly how these positive effects arise in the microbiome. However, they assume that the polyphenols, i.e. the secondary plant substances found in beer, could be responsible for this. But it is also conceivable that the microorganisms that arise in the beer as a result of fermentation enrich the variety of bacteria in the intestine – or it is the mixture of polyphenols and microorganisms.

According to the results, alcohol, on the other hand, does not seem to play a role. The team therefore emphasizes that drinking non-alcoholic beer is the healthier decision, as regular alcohol consumption has other unhealthy effects. Whether the results of the study can also be applied to the intestinal flora of women or the consumption of other types of beer must first be clarified in further studies.

See also  “Metabolomics is going to be a revolution”